Sinn Féin hit out at Downey arrest and extradition 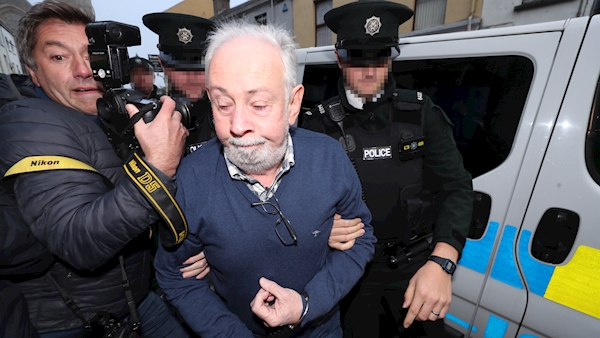 Sinn Féin’s deputy Dail leader Pearse Doherty has hit out at the “vindictive” arrest and extradition of alleged IRA bomber John Downey in connection with the murder of two soliders in 1972.

Speakers at the party conference in Derry spoke in solidarity with Downey, who they credited with moving from conflict to peace, and contrasted his imprisonment to the treatment of ‘Soldier F’ who remains at liberty.

The prosecution of Soldier F, a former lance corporal in the Parachute Regiment for the alleged murder of James Wray (22) and William McKinney (26) on Bloody Sunday was strongly opposed by Conservatives in the UK.

“John’s arrest was vindictive and should be undone and he should be home with his family,” he said

“We gather here this evening conscious of those who are not with us. I want to pay special tribute to our friend John Downey. John has been a relentless supporter of the peace process. He has worked tirelessly to promote reconciliation among the people of this island,” he said.

“And has been unwavering in his determination to heal the wounds of the past and build a peaceful and prosperous future. I send my solidarity to John and to his family,” he added.

Donegal-based Senator Padraig MacLochlainn spoke angrily at the extradition of Downey last month despite him having a letter of comfort that he was not a suspect.

In a fiery contribution, MacLochlainn said that Downey, a 67-year-old man with questionable health, should not be in prison.

In his comments, Senator MacLochlainn described Downey as “one of the finest republicans” he has ever met and called for his immediate release.

Ard Comhairle member and former IRA member Gerry Kelly said the decision to arrest Downey was “vindictive” and is in violation of due process and his imprisonment is in stark contrast to the treatment of Soldier F.

Several motions debated by delegates centred on Downey’s plight and some proposes called for the party to “stand by our POWs”.

Downey, a Co Donegal man was arrested in connection with the murder of two British soldiers and was extradited after handing himself into Gardai.

Downey’s trial for the IRA’s Hyde Park bombing collapsed in controversy five years ago, is wanted in Northern Ireland over the murders of two Ulster Defence Regiment soldiers in 1972.

Downey handed himself after he lost an appeal to challenge the extradition in July this year.

The 67-year-old was arrested by the PSNI following his extradition.

He was arrested at his home in Donegal in October last year under a European Arrest Warrant after authorities in Northern Ireland determined they had sufficient evidence to charge him with the murders of Lance Corporal Alfred Johnston and Private James Eames, who died in a car bomb attack in Enniskillen, Co Fermanagh.

In 2013, Mr Downey was charged with murdering four Royal Household Cavalrymen in a bomb attack in London’s Hyde Park in 1982.

He was tried at the Old Bailey in 2014 but the case collapsed after it was revealed he had received a written assurance from former prime minister Tony Blair’s government that he was not actively wanted by the authorities.