Favourites tag will not weigh down experienced Ballygunner 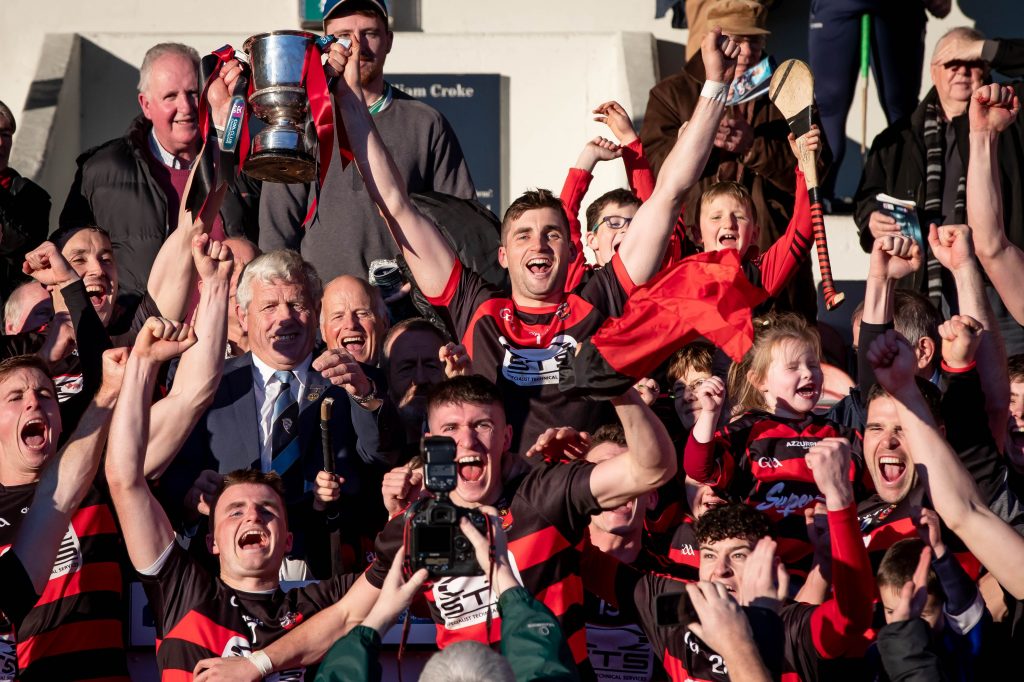 When Ballygunner line out in Pairc Uí Rinn on Sunday next in the Senior Munster Club final they will be seeking to become the first Waterford side to retain the title. Waterford clubs have won fewer finals in this championship than those of any of the other contesting counties and previous winners Mount Sion and De La Salle never succeeded in retaining the title the following year, nor did Ballygunner when they won the title for the first time in 2001.

HISTORY TO BE MADE
In reaching this final Ballygunner now have the opportunity to create their own bit of history. Not only are they going into this game as defending champions but they are making their fourth final appearance in five years. In the previous three finals they suffered defeat to Na Piarsaigh of Limerick in 2015 and 2017 before denying the Limerick kingpins back to back titles last year. This year Na Piarsaigh were denied the opportunity to renew their rivalry with Ballygunner, that goes back to the first meeting between the sides at Walsh Park in 2009, when losing out to Patrickswell in the Limerick final but the competent, and confident, dismissal of the new Limerick champions in Walsh Park last week showed that The Gunners were always more than ready to face down their old rivals and if anything now appear to be a better and more mature side than that which won the title when defeating Na Piarsaigh in Thurles.
Last year Ballygunner’s path to the Munster Final was very different to that of this year’s team. With Imokilly winning the Cork championship losing finalists Midleton were assigned to represent their county in Munster and consensus was that the East Cork side would not have the same appetite for the fray as would be the case were they county champions. Such an opinion proved very wide of the mark as the clash went right down to the wire with Ballygunner coming through by the narrowest of margins. On then to the provincial semi-final against former champions, Clare side Ballyea in Walsh Park and here again Ballygunner had to dig deep to come through with three points to spare after a last minute goal in normal time by Philip Mahony took the game into twenty minutes of extra time at the end of which period it took a further ten minutes to resolve the issue with Ballygunner going through to the final with three points to spare.
Ballygunner went into the final against their tormentors of two previous finals, Na Piarsaigh of Limerick, as rank outsiders. The Limerick champions were hot favourites to retain their title but Ballygunner would not be denied and stormed to victory with a superb second half display. To get to the final they had come through two fiercely tough games and having done so were not going to fall again at the final hurdle.
Na Piarsaigh, on the other hand, had an easy run to the final, brushing aside Tipperary surprise packets Clonoulty and consequently were never able to match the intensity the Waterford champions brought to the game.
This year the run to the final has been so much different for Ballygunner. Clare teams had proved difficult opponents down the years for Ballygunner and though the last two years had seen them come through with narrow home wins over Sixmilebridge and Ballyea, a first round visit to play newly crowned Clare champions Sixmilebridge on their home patch was seen as being the toughest draw possible for the defending champions. It proved anything but, as The Gunners set out their stall in no uncertain manner, playing Davy Fitzgerald’s men off the pitch and serving notice that it was going to take something special to wrench their Munster title from them.

HOT FAVOURITES
Having beaten Na Piarsaigh in the Limerick final, Patrickswell, a club with a great tradition in Limerick and Munster, came to Walsh Park with strong credentials but left a well beaten side. Two very comfortable wins for Ballygunner over fancied opponents will see the Waterford champions going into next Sunday’s final against Borris-Ileigh in the unaccustomed role as hot favourites. Indeed, the general feeling now is that this Ballygunner side is better than that which took the Munster title last year before going out in the All-Ireland semi-final to eventual winners Ballyhale.
While the big names in this Ballygunner side in Stephen O’Keeffe, Barry Coughlan, Philip Mahony, Shane O’Sullivan, Pauric Mahony and Peter Hogan are performing as well as ever the big plus this year has been the manner in which those who might have been regarded as fringe players over the past few years such as Barry O’Sullivan, Michael Mahony and Conor Sheahan have stepped up a notch and nailed down starting places with outstanding performances. The same can be said of teenager Paddy Leavy in midfield. If it can be said that any one man has made a difference it must be Dessie Hutchinson whose return has more than compensated for the loss of Brian O’Sullivan. The former underage star has terrorised defences with his pace and skill this year and will look to continue in that vein on Sunday.
In Pairc Ui Rinn they face a Borris-Ileigh side that many people in Tipperary consider to have surprised even themselves in coming through to take the Tipp title. In the final they turned the tables on a Kildangan side that had already beaten them in the North Tipperary final. Kildangan would have been favourites going into that game as they were regarded as a side on the up in Tipperary in recent years but Borris had been improving with every game throughout a protracted championship and were full value for their victory, bringing them their first title since 1986.

The big names in the Borris-Ileigh side are All Ireland winners Brendan Maher at centre back and Dan McCormack in midfield both of whom have been inspirational all year. This is, however, a well balanced side with fifteen good hurlers and a good mix of youth and experience and free scoring forwards in Conor Kenny, Kevin Maher and Jerry Kelly as well as Thurles C.B.S. current Harty Cup star J. D. Devaney. Just as Ballygunner faced Midleton last year Borris-Ileigh came up against this year’s beaten Cork finalists, Glen Rovers, and were given a stern test just one week on from their county final victory. It was a big ask of them to face into such a game a week on from such a big win but their win showed that they are anxious to follow in the steps of their 1986 side and go on to take the Munster and All Ireland titles.

GUNNERS WILL TAKE NOTHING FOR GRANTED
The favourites tag never sits well with Waterford teams but it should not weigh heavily on this Ballygunner side. They are now a very experienced and battle hardened crew coming in on the back of three recent finals. As manager Darragh O’Sullivan has said they have never looked at retaining the title just taking every game as it comes. They will be only too aware that they can take nothing for granted against opponents who have really nothing to lose but on form anything other than a Ballygunner victory here would be a big surprise.