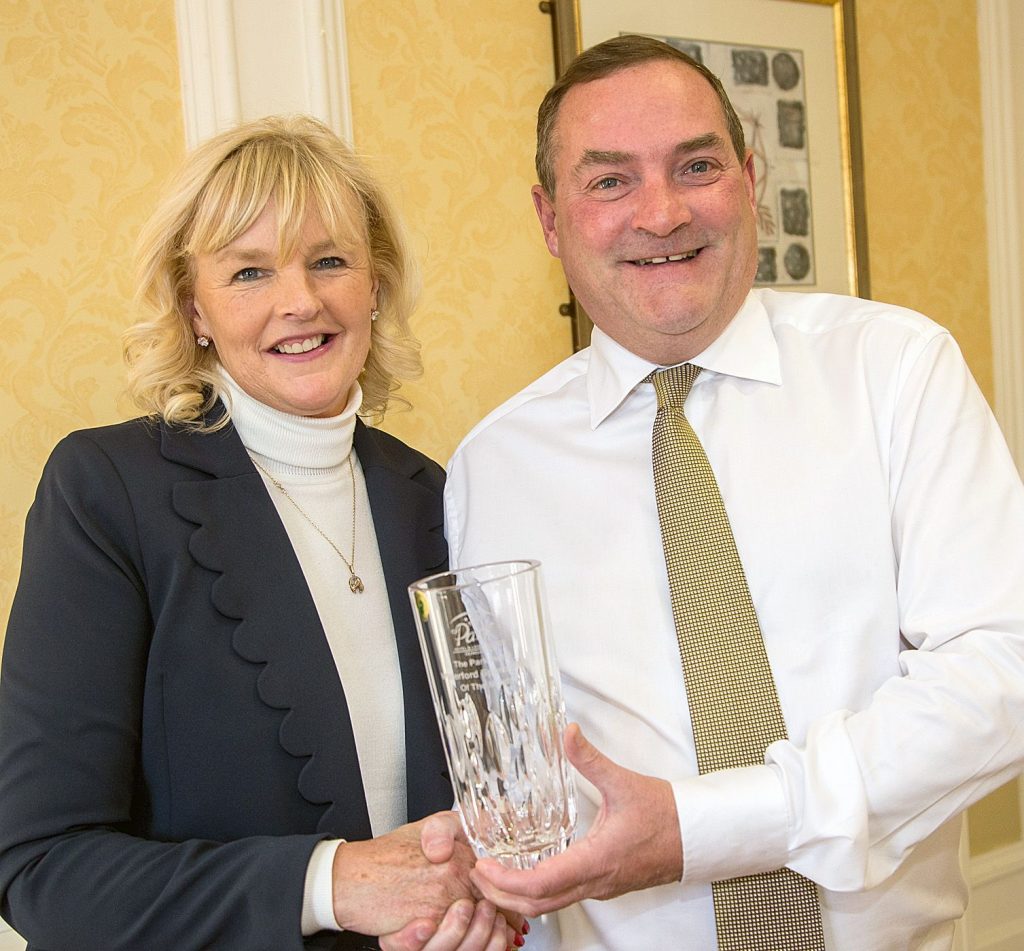 The county of Waterford has a splendid associtation, down through the years, with the sport of showjumping. So too do the Park Hotel Waterford Sports Star Awards. On Friday, Colligan’s Peter Moloney won the October Park Award and the sport’s 23 monthly accolade.
Waterford showjumping legends Francis Connors and Capt. John Leddingham have collected most of those 23 awards with Leddingham also taking the overall honour back in 1994 & 1995.
But there’s a new breed of Waterford showjumpers on the block right now and they’re making quite a name for themselves. One of those is Peter Moloney, who was bagging his second Park Award.
Over the past number of years both he and Anthony Condon have broken into the elite Irish Showjumping team and have competed in events all over the world but last month Moloney took it to a whole new level when he was part of the Irish team that booked it’s place at the 2020 Summer Olympics in Tokyo for the first time since 2004.

OLYMPIC HISTORY MADE
Peter was part of the four man Irish team, along with Cian O’Connor, Paul O’Shea and Darragh Kenny that won the €1.25m Longines FEI Nations Cup World Final in Barcelona. This wonderful win, in which Moloney played a key role, means that for the first time ever Ireland will be represented at the Olympic Games by three equestrian teams – Showjumping, Eventing and Dressage.
It’s been a great season for Peter and his mount Chianti’s Champion who is owned by HRH Princess Haya’s Team Harmony stable but this was without doubt his crowning glory.
Peter, who is based in England, was unable to attend the lunch at the Park Hotel but he was represented by his mother Louise and family and friends.
Accepting the award on Peter’s behalf, Louise Moloney said, “Peter has asked me to thank the Park Hotel for picking him as the October Park Award winner. It was a fantastic achievement as they qualified for the Olympics and also won the Nations Cup Final and he really does appreciate this award. It’s his second time winning this award, the first time was when he was 16 for his achievements as a pony rider. It’s great to win any award but especially when it’s a local award. He’s thrilled.”
Pierce Flynn, proprietor, presented Louise with Peter’s award while Kieran O’Connor represented the adjudicating panel.

500,000 downloads in a day for Covid app developed in Tramore