Mercy Waterford into cup semis on the double 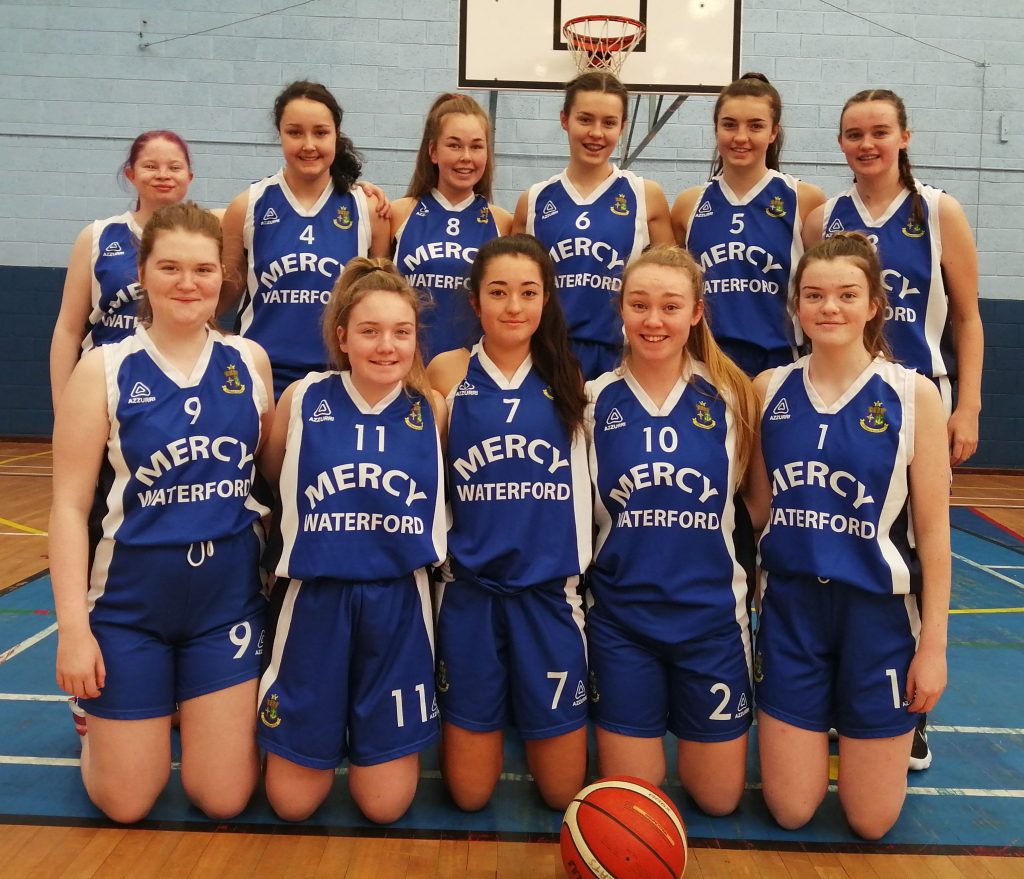 The Mercy U-19 team that defeated Our Lady Castleblaney of Monaghan in their National Cup Quarter-final.

Mercy Waterford’s great basketball run continued recently with the school’s U-16 and U-19 teams both reaching their respective A Cup semi-finals with great victories in Cork and Monaghan. Here’s how they did it.

UNDER 19S
Our Lady of Mercy U-19 senior team embarked on a long trip to county Monaghan to play the cup quarter final against Our Lady Castleblaney.
The Mercy senior team had a rocky start, letting simple baskets in as there was a lack of communication which hurt them badly. The level of focus between the five players on the court was in short supply, however the level of intensity and stamina the girls had presented itself. Kate Hickey used her initiative and skills to encourage everyone to keep going, making swift and agile drives to the basket as well as precise assists to Sarah Hickey and Illana Fitzgerald. At end of the first quarter the Mercy were down by four.
The second quarter kicked off with much more concentration and fight for the ball. Crucial points was scored by Ardiana Shacllci to keep the spirits high amongst the team. As the first half drew to a close the Mercy had really picked up the ferocity. They were only down by a basket as the second-half of the match went into full swing.
The girls went into the third quarter with determination to win this cup quarter final. With excellent defence from Leah Dunphy they continued to receive turnovers which gave them the advantage to take the lead. As the third quarter drew to a close the Waterford girls came out on top 31-51.
A super outside shot from Niamh Corcoran added a brilliant start to the final quarter. The level of communication really shone through in the final quarter with continued tough defence and clever options on offence. The Mercy had the game won with minutes left, finishing with a final score of 46-69. The Mercy are due to play Dalkey secondary school Dublin in the semi final at the start of December.
MERCY SENIOR TEAM: Ardiana Shallaci, Bronagh Higgins, Caoimhie Mcgrath, Illana Fitzgerald,Kate Hickey, Leah Dunphy, Niamh Corcoran, Nancy Hearne, Rachel Byrne, Sarah Hickey and Tara Freeman. 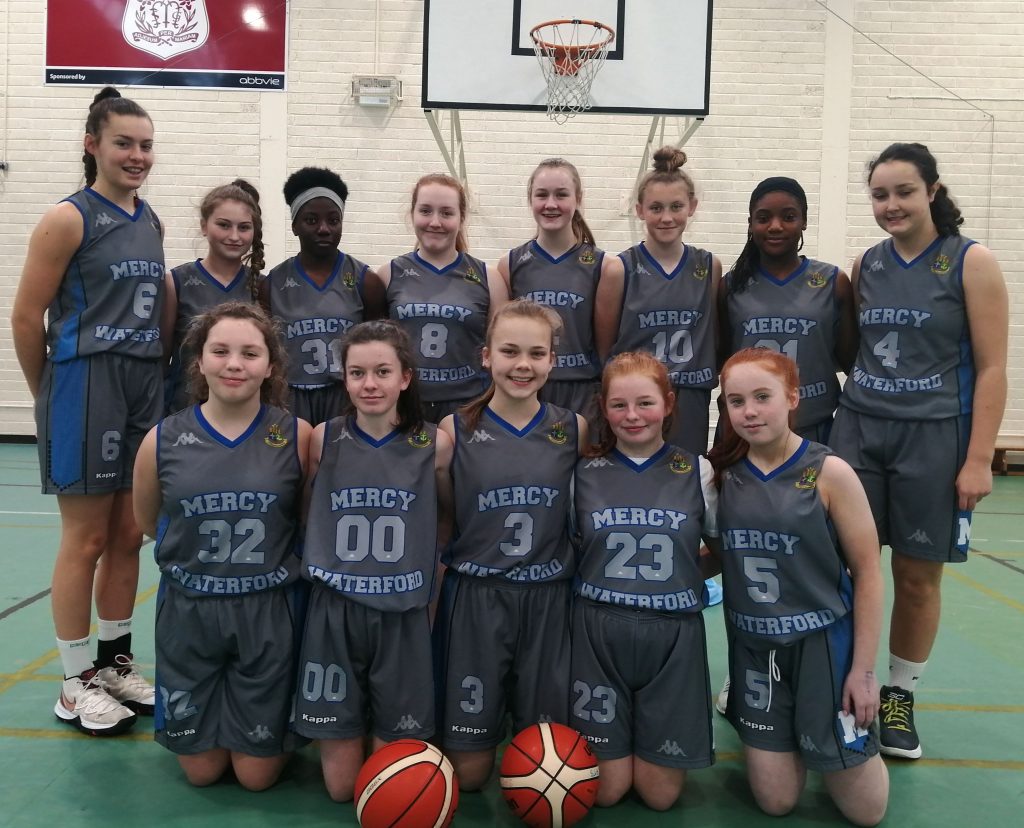 The Mercy U-16 team that defeated St. Aloyious of Cork in their National Cup Quarter-final.

UNDER 16S
The Mercy U-16 team travelled to Cork to play their All-Ireland cup quarter final against St Aloysius of Carrigtwohill.
The game got lacked any bit of pace in the opening quarter and scores were hard to come by from but teams. A lack of communication and focus allowed the opposition to lead by four. Some crucial points by Caitlin Gloeckner helped the Mercy catch up and get back into the game. A great display of defence was shown in the first quarter and both teams showed a lot of determination to not let each other push in-front. Three superb scores by Brónagh Higgins put the Waterford side up by six at half-time.
Serious tactics were discussed at half-time. Both teams doing everything they could to ensure their team came out on top.
Mercy Waterford struggled at the start of the second-half, giving up too many points on transition. Once again the Mercy had to try and get back into the game. A quick timeout by head coach ensured his team regained their focus and continued to fight for a place in the semi-final. Great effort and desire was shown by Orla Dullaghan, stealing the ball off a St. Als player, going ‘coast to coast’ and getting the basket. Baskets by Mia Dunphy, Sarah Hickey and Bethany Power left the Cork side trailing by 10 at the end of the third quarter.
Brilliant control was shown by the Mercy to keep their cool and to stay ahead and not to let the, now panicked Cork team, back into the game. Both teams battled right throughout the game, never for one moment giving up. Smart and precise plays by the Déise side saw the game out and it finished 35-50 to the visiting Waterford team, putting them through to the semi-finals.
MERCY U-16 TEAM: Sarah Hickey, Caitlin Gloeckner, Bronagh Higgins, Orla Dullaghan, Mia Dunphy, Bethany Power, Lauren Collins, Rafiat Oladiti, Mia Swift, Abbie Walsh, Jessica O’Neill, Precious Okin and Amie O’Keeffe.