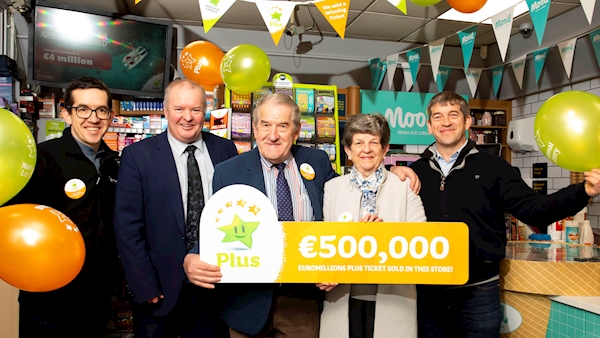 There was no winner of tonight’s Lotto jackpot worth nearly €5m.

The first prize of €4.6m was left unclaimed as 16 players matched five numbers.

There was no winner of either the Lotto Plus 1 or Plus 2 draws.

Meanwhile, a Co Kilkenny mother was celebrating today as she visited the National Lottery Winners’ Room to claim her €500k EuroMillions prize.

The woman bought the ticket at a service station in Carlow.

“I’ll always buy a lottery ticket when I’m out of town but this is just unbelievable,” she beamed.

The woman added that she will share the prize with her family.

“The very first thought that came into my head was that I would be able to help my children. It is every mother’s dream to be able to help out your children as they fly the nest and now, this is something I will be able to do.”