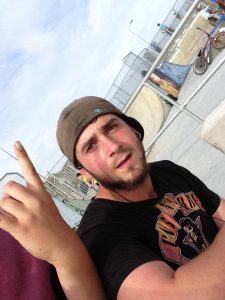 TEARFUL scenes were observed at Waterford Courthouse last week as two families embraced each other following a case and the death of a man, which had torn their lives asunder.

The sentencing of Tramore man, Niall Hewison, Clarinwood, Tramore, who engaged in an assault preceding the death of 54-year-old Edmund Rice, took place in Waterford Circuit Criminal Court on Thursday. Hewison pleaded guilty to one count of assault causing harm and one count of recklessly engaging in conduct which carried a serious risk of death or harm to another took place.

Senior Counsel for the prosecution, Shane Costelloe described how Niall Hewison, a now 22-year old man, was attending a 21st birthday party in Tramore on the evening of June 23, 2017. Upon leaving the party, he made his way to the Hi-B bar in Tramore with a female friend, Kayla Williams. 54-year-old Edmund Rice was also drinking in the Hi-B bar, having ventured out with a friend at 5pm.

CCTV footage shown in court showed all three in close proximity to one another at the Strand Cab taxi rank, across the road from the Hi-B at about 2am on the morning on June 24, 2017. Ms Williams was said to have criticised the music being played that night in the bar and Mr. Rice, in defence of the music, was reported to have been verbally aggressive towards Ms Williams on overhearing this, using what was termed “unparliamentary language”. Matters were said to progress very quickly between the two males. 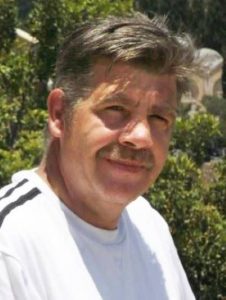 Mr Costelloe confirmed that “we can see on the CCTV footage where Mr Hewison, the defendant is actually thrown to the ground coming to rest against the wheel of a car. It is remarkably swift where we can see Mr Hewison get up on his feet, approach Mr Rice and we can see him throwing what seems to be two punches. These punches struck Mr Rice. The view of the civilians at the scene who saw Mr Rice fall was such that they thought that he was probably unconscious before he even hit the ground. They describe how he made no apparent effort to break his fall, thereby leading them to assume that he was already unconscious.” The entire event from the verbal to the physical was estimated to have lasted 50-60 seconds.

Detective Garda Paul Flynn from Tramore Garda Station confirmed these events based on CCTV footage and his subsequent interviews with Niall Hewison. The court heard from Mr Costelloe how Niall Hewison had dialled 999 from his own phone to say that he had been involved in striking a man.

Detective Garda Flynn said, “no matter how you look at it, Mr Rice approached Mr Hewison first. Mr Rice placed his hands on Mr Hewison and pushed him and he fell to the ground. CCTV footage shows Mr Edmund Rice standing over Niall Hewison, who is on the ground.” Eyewitness accounts, including that of a taxi driver on site that night, by and large coincide with the version of events as told by Niall Hewison, and those shown on CCTV.

Following his transfer to University Hospital Waterford, Edmund Rice suffered cardiac complications, he did not regain consciousness and died the following day. Niall Hewison was charged initially with assault causing harm which was extended to a further charge of intentionally engaging in conduct which carried a serious risk of harm to Edmund Rice.

A pathology report from Dr. Linda Mulligan referred to the deceased’s broken nasal bone as being “minor in nature”. The report continued on to say that the deceased was suffering from “extremely serious cardiac issues” which was ultimately the cause of death. It was not possible to determine the exact moment when the heart attack was suffered and so a definite link between the assault and the subsequent death of Edmund Rice could not be made.

The family of the deceased did not wish to give evidence in court but took the opportunity to prepare a victim impact statement, which was written by Edmund’s wife and his children.

“On the 25th of June 2017, my life was forever changed. My children and I were unable to say goodbye to Edmund. This is something which leaves us deeply troubled with each passing day. His daughters will not walk up the aisle with him on what should be the happiest days of their lives.

Kieran will no long spend Saturday afternoons with him watching Leeds United matches. Edmund has seven grandchildren whom he idolised. He will miss the opportunity to see them growing up. I never imagined that at the age of 54, I would be living without my husband. I have had great difficulty coming to terms with this enormous loss.

“We know that Edmund was a man of great compassion and understanding. He was always quick to forgive others for any wrong-doings and he would never wish to see others suffer. The events leading to his death have had a tremendous impact on not only our lives, but also on the lives of all those involved. We know that he would not wish to see multiple lives destroyed as a result of this tragic incident.”

Judge O’Kelly paused proceedings to ask for clarification on what the final sentence in the victim statement meant. Mr Costelloe advised that having spoken to the Rice family, he could confirm that the family acknowledged the distress which the Hewison family had also been through. They directed the final sentence of their statement toward possible leniency when deciding on a sentence, should Judge O’Kelly consider their plea.

Addressing the court, Niall extended his apologies to the family of the deceased. “I never intended to cause any harm to anyone. I know that nothing I do in the future can ever change what I did.”

Further to a two-hour deliberation, Judge Eugene O’Kelly returned a sentence of four years imprisonment for the reckless endangerment charge and two years for the assault charge. He questioned, “Can society best be served by suspending this sentence? It is very understandable that society at large is greatly concerned with the prevalence of drunken assaults that lead to death or serious injury.”

It appears, he said, that the connection between the assault on the deceased and his later death cannot be made. Mr Hewison, he continued, should be given credit for wisely pleading guilty at an early opportunity which saved the family any further trauma. He also referred to Detective Garda Paul Flynn’s words that Niall’s guilt and sincere remorse “has been ever present since June 2017.” The sentence was entirely suspended with an order served for 220 hours of community service.

The occasions, Judge O’Kelly concluded, where the court can suspend a sentence in a serious case are rare and exceptional. The victim impact statement, he said, points to a generous and charitable man whose values have passed to his family.

“They are themselves, generous and forgiving, despite their grief and loss. I have never read the ending of a victim impact statement quite like this. More than any words, I regard the family’s plea for leniency towards the man who has brought them such misery to have tipped the balance.”

This generous and charitable plea, he said, will continue as a living monument to Edmund Rice and although his grandchildren will not have the privilege of their Grandad’s company, they will know that he was an extraordinary person.

A rare scene at the Circuit Criminal Court saw court proceedings end with both families hugging one another.