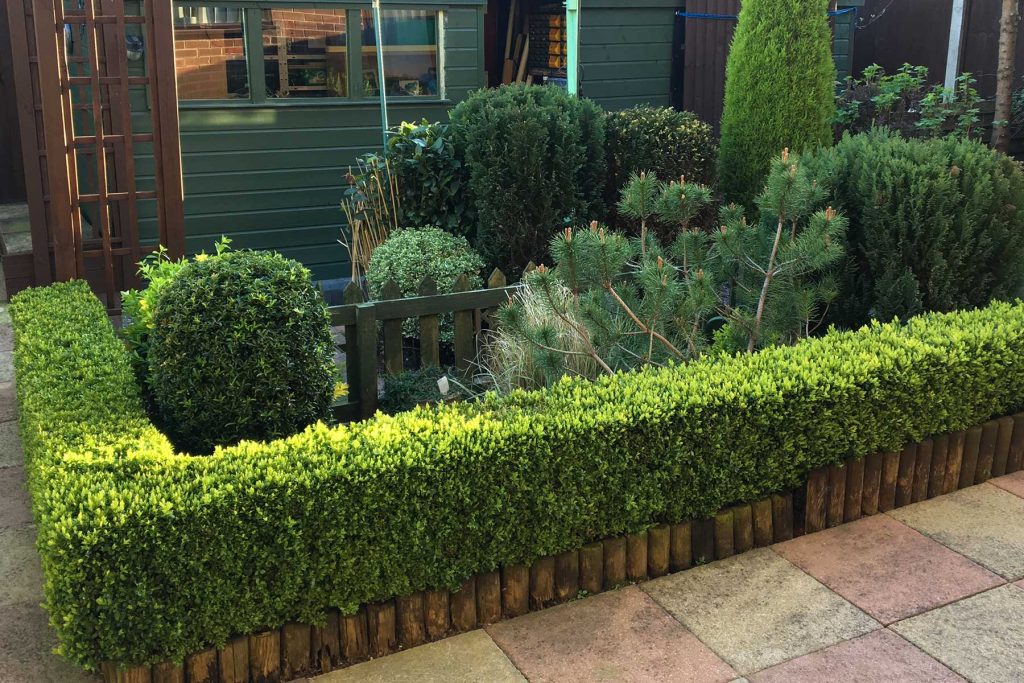 IT sometimes comes as a surprise to many newcomers to gardening that the main planting season starts again in September and continues until next summer. In fact, the best season for extensive planting of hardy plants would be from now on until the end of March, even though it might not suit us to carry out these operations then, due to the cold and wet.

There is a growing trend among most new gardeners to concentrate on their patch after the winter and when the weather is warmer, and I cannot argue against that as it makes sense.  But for the hardy plants such as trees, shrubs, fruit and hedging there is a real advantage in planting long before the fine weather comes along, as their roots become more established and will not need watering the following summer.

We all need to establish boundaries in our lives and in another aspect that would include boundaries around our properties, where we might want privacy and security. Manmade boundaries, such as wooden or wire netting fencing, are usually installed as they are cheap but they do not last and will need replacing at some stage, whereas a wall is more expensive to construct but it is permanent and unlikely to ever have any issues with neighbours.

If you use wooden fencing or walls for boundaries, they can be brightened up by planting wall shrubs and climbers spaced about 2m (6’) apart and out 30cm (1’) from the boundary. There are many plants to choose from which might include Ceanothus, Clematis, Hedera (Ivy) in variety, Jasminum, Lonicera (Honeysuckle), Parthenocissus (Virginia Creeper), Pyracantha, Roses (Climbing), Solanum and Wisteria.

The typical height required for low hedges used internally as dividers is around 60-90cm (2-3’), with medium front garden hedges about 1.2 (4’) and back garden hedges 1.5-2.20 (5-7’).  Plants used as hedging are quick growing and are trouble free as long as they are regularly trimmed to keep in shape. They are usually planted 2 per metre (3’) and the most common plants used for low hedges are Box and Lavender, and for front gardens Golden and Silver Privet and Variegated Griselinia, and  suitable plants for larger hedges are Beech, Berberis, Cotoneaster, Escallonia ‘Sea Breeze’, Fuchsia, Griselinia, Laurel, Olearia, Potentilla and Privet.

There is a reason why the plants mentioned above are the most common hedging types, and it is because they adapt easily to be grown in a hedging form without much maintenance, and a mass demand has led to them being produced in large numbers economically and therefore they are relatively cheap to buy.

Hedges can be achieved by a large number of other plants but they are not common as they might take more maintenance, be slow to grow or expensive to buy but they are being used to a certain extent where someone might want a different type of hedge out of the normal run of varieties.

Shrubs that are being used as hedging include Berberis darwinii, Camellia, Elaeagnus, Euonymus,

People who spend time in the garden seem to gather their fair share of ‘Handy’ things that might be useful someday. The trouble is, this can accumulate to such an extent that there is no more available space and a sort out is needed, which is something that can be done during the quiet time over winter, and the decision has to be made about what to keep, and don’t forget many nurseries will recycle your old pots and containers.

On good dry days we dig over bare patches of soil in the vegetable garden, incorporating some compost or manure at the same time, and leaving it rough and lumpy where the winter will gradually break it down, leaving it ready for the spring sowing.