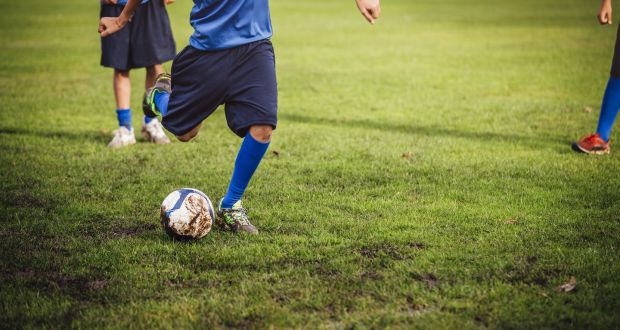 FAMILIES all over the country spend their precious weekends standing on the side-lines of pitches. Whether it’s soccer, rugby, hurling, hockey or something else, nearly every parent has experienced the euphoria and heartbreak of match day. Lots of children get involved in sports from a young age and parents spend time driving around to training sessions during the week and attending games at the weekend. But that’s just it; these are games we are attending. Games. These are not the Olympic finals, they certainly aren’t the Rugby World Cup matches and we’re a long way off the Soccer Premier League deciders. These are children’s games. Children. Aggression, language and attitude have no place here.

Team sports are great for children. Being involved in a team encourages them to integrate with their peers, it teaches them tolerance and understanding and they make lifelong friends. As part of a team children have to demonstrate commitment, dedication and enthusiasm. And this means that parents commit also. When we sign them up, we are promising to get them to training sessions and matches, wash their kit and provide support where required. We should be rewarding the children, and ourselves, for putting in the effort and for the commitment shown. Praise and commendations should not be dependent on the result when the final whistle blows.

In an ideal world this would be the case. However, the more I attend matches and stand at the side of a pitch to support my children the more I am witnessing the opposite. The level of aggression and coaching from the side-lines is getting out of hand. Everyone seems to have an opinion. Everyone is suddenly an expert and so many instructions are being yelled to the children that they don’t know which way to run. The only advice should surely be given by the coaches, not from spectators who are determined to overrule the referees and trainers if they think their team has been hard done by.

Cheering is great, encouragement is marvellous but shouting with joy when a poor child from the opposing team makes a mistake is surely unacceptable.

This is supposed to be fun. This is supposed to be an outlet, a form of exercise, a family friendly environment. It is supposed to teach children the benefit of teamwork and cooperation. Instead it is teaching them about aggression and antagonism. And that’s just from the parents at the sidelines who are suddenly experts in the sport. It’s easy to know everything from the safety of the stands, isn’t it?

This is not the atmosphere we should be creating. What we should aim to do is gently support, suggest and encourage. Is there really any need to get so passionately involved? What will be will be and no amount of screaming and roaring instructions and dire threats will alter that. These are children. They’re doing their best and need encouragement not recrimination.

The coaches are normal people like you and me who are giving up their free time to look after and train the children in their care. They do not deserve the confrontation or discussion they often find themselves on the receiving end of. Remember most of them are not being paid for this. If you are so passionate and so full of expertise then don’t just stand at the side-lines judging and criticising, offer your services and become involved that way. Then you can legitimately roar.

In the meantime, however, the next match I attend I will be looking for the medics on standby, not for the poor injured players but for the parents who give themselves a heart attack from all the drama… shh Mum’s the Word.