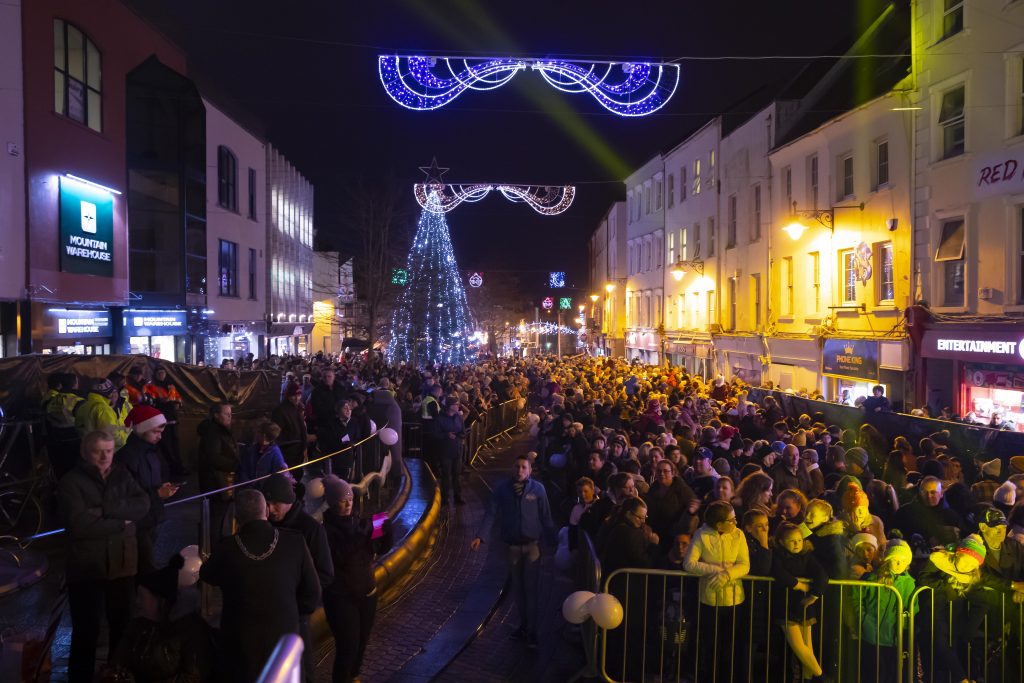 IF the television and radio adverts are to be believed it is now Christmas! Whether you are a traditionalist or not, it seems we are having the season foisted upon us whether we like it or not. A cursory glance as you enter any supermarket will confirm this. Even though a consumer targeted war is being waged, we still have a choice. If I as a punter decide not to pay a blind bit of notice to Christmas shopping until let’s say December 8th, I am quite entitled to do so. There is undeniably a subtle attempt to make us feel that somehow we are slightly inadequate or odd if we aren’t embracing the joy of the season… in November.

I actually have no issue with people I would commonly refer to as Christmas nuts. You may be one, so hang on, don’t get your blood pressure up just yet. I know winter can be dark and cold and what harm if a Christmas tree goes up a few weeks early? Life in 2019 can be stressful enough and if there’s a wee bit of cheer about, so much the better surely.

I do wonder though at the need to start the season so early. The retail sector needs to do as well as possible but really, do we need to shove Christmas in people’s faces the second Halloween is over or, as was the case this year, in September! What ever happened to looking forward to something that was of its own unique time? I always felt that December 8th was a perfectly suitable time to kick start the holiday period.  Today, I would even say that December 1st is probably good to get in the groove for the festivities.

I love the atmosphere around the county at Christmas and it’s so much better to see people enjoy themselves or at least give themselves permission to do so. It’s contagious for one thing and God knows we need a lift at the best of times. However, by starting so early it surely dilutes the enjoyment and why does it always have to be about shopping and spending money?

Businesses apart, of course companies and individuals need to make a living, but if that’s all we are as a community, it’s pretty sad in my opinion. Enormous pressure is being put directly or otherwise on cash strapped families who must dread this time of year. All very well for those who can afford the best new toys, gadgets or games, but to be bombarded nightly across a myriad of telly channels has to be tough on parents who are possibly only just getting by financially as it is. Invariably there are those who feel that they just can’t see Junior go without while all his friends boast about the amazing haul Santa showered them with. They sacrifice so the kids are sorted, only to set themselves up for a payback in the New Year which they may or may not be able to handle. A Credit Union loan is one thing, but too many people have to resort to money lenders and the situation can get out of hand very quickly.

There are people too who put on a brave face pretending all is well and they’re as happy as Larry. Tis the season and all that. Not everyone finds it a time of fun and frolics. The pressure to have that “perfect” family get together can be all too much for some. Expectations are way too high generally. As if this year will be the one that really hits the spot, everything will be ideal and there will be no rows or hassle. It’s pie in the sky stuff.

At least the soaps have some perspective on Christmas reality. Generally there’s a hint of the problems faced by many at the time of year. Mind you, sadly, I think the likes of Eastenders and those overdo it on the misery front. I’ve heard it said too that “experts” reckon one reason soaps are ‘good for us’ is that when we see the awfulness of the lives of some of the characters, it actually makes us feel better about our own. We’re not so bad after all. Things could be a whole lot worse.

Facebook will no doubt be lit up with perfect Christmas trees just erected in homes this week. A quick scroll through your timeline if you are even on Facebook will reveal partying, festive craic and shenanigans to beat the band and you’d be forgiven for wondering are you really living at all? The whole world seems to be celebrating or they sure are trying to make you believe they are.

We all have our ups and downs and away from the bright lights and the tinsel, you can be pretty sure your friends, colleagues and acquaintances are going through a lot of stuff similar to yourself. They may not show you as much, nor tell you but we all have our moments.

The pressure of course comes on thick and fast as we enter December to be “jolly” and have a ball like everybody else. The funny thing is, for me, the less I’m bothered about whether I’m getting the right amount of “celebration” in, the more relaxed I am and unaffected by what’s going on around me. I used to feel under pressure to have to attend this party or that night out but now, if I go, I go. If I don’t, I won’t lose any sleep over it. The run up to Christmas is great fun but only taken in small doses.

I’ve long since ditched attempts to get everyone on my list seen sometime “over the Christmas”. It’s way too much hassle and not feasible most years. I love meeting up with friends but if it’s putting me and them under undue pressure, another time will do. In fact some of the best fun I’ve had in recent years has been actually running in to people unplanned and having an impromptu drink. Nothing scheduled, just spur of the moment. Plans are fantastic but, again, only if they suit and don’t bend you out of shape. No one can force you by the way to do the entirely ridiculous “12 pubs of Christmas”. Even in my more celebratory years, I found this ritual a load of nonsense. Don’t be a sheep.

Tis the season. Give yourself permission to do things your way at your pace. You’ll be amazed at how less stressful the whole thing will appear. If life is a marathon and not a sprint, maybe we should look at Christmas the same way. We might enjoy it a whole lot more and with less collateral damage. I’ll drink to that.

Time out with Timmy: The great toilet roll battle

TIME OUT WITH TIMMY: No show like a Joe show

ON THE SPOT: Martine Rogers