NOVEMBER rains prevented the ‘Vadrarfjordr’ longboat from returning to its traditional slot alongside Reginald’s Tower last week. However, the popular vessel made its long-awaited return to its city centre perch early this (Tuesday) morning, where it is set to  remain for many years to come.

Speaking to the Waterford News & Star on Friday last, Viking Heritage Trust Chairperson Brian McGee said: “The boat was actually meant to be back there on Wednesday (last) – Clem Jacob Hire is moving it – but due to the poor weather we’ve been advised that it couldn’t be moved until the start of next week (as subsequently proved the case). The mast has been re-installed and all the repair work has been done but because of the height of the mast, it can only travel from Mount Congreve at 5am. Moving something of such a scale requires a special permit and the weather was just too poor last week so we’re hoping for better weather at the start of next week to get it back home.”

Mr McGee added: “In terms of the level of repair that’s been carried out on the boat, that’s the kind of job that needs to be done every four to five years. You have to take into account that it’s a timber structure sitting out in all elements; the water pools in it, the timbers get damaged and then need to be re-oiled. But it’s repaired now, it looks great and we’re very pleased with the work that was done. The boat is oiled every year but it needed a really extensive level of work on this occasion. Oiling can be quite a messy job and we didn’t want to do it in the Viking Triangle taking the flagstone (and passing foot traffic) around it into account but we certainly won’t be taking it out of its home again for an extended period after this. It’s going to stay there for the next few years at the very least.”

In late August, the longboat was removed to Mount Congreve for both a Maritime Day event and its subsequent repairs, and its initial removal led to criticism on social media.

A short-term oiling job was carried out on the Vadrarfjordr in the earlier summer “to tie it through the busier (tourist) season” prior to the extensive works conducted during its relocation to Mount Congreve.

The Vadrarfjordr, launched in Waterford on November 25, 2012, was based on one of the heralded Viking ships discovered at Roskilde in Denmark. 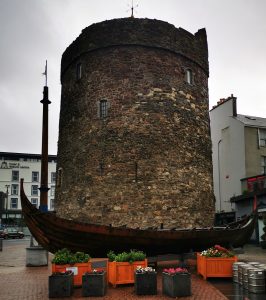 The Vadrarfjordr longboat made its return to the Viking Triangle in the early hours of Tuesday morning. 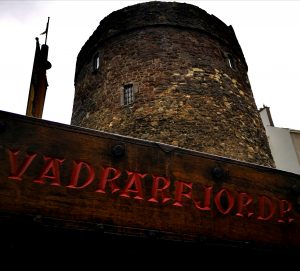 The longboat was subject to extensive renovations during its temporary stint at Mount Congreve Gardens.