Blues Academy set for change ahead of 2020 season 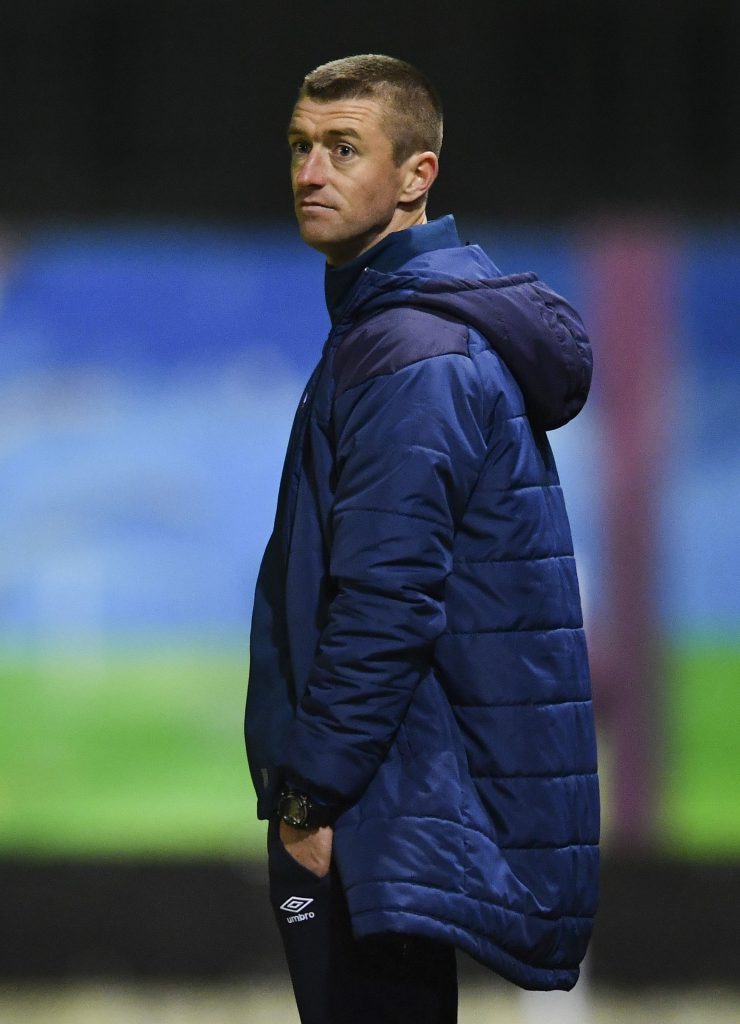 Waterford Sport understands that Gary Hunt will remain on as Head of Youth Development at Waterford FC for 2020 after leading the U-19s to league glory in 2019. Photo: Sportsfile.

There will be changes to the highly successful Waterford FC Academy as predicted by this newspaper recently after the club announced that they are seeking applications for two managerial positions for Under 13 and Under 17 teams for next season.
After the Blues landed the Under 19 National League title as well as the recent Under 13 Shield title with an impressive win over Athlone Town, those two managers, Gary Hunt and Mike Geoghegan will remain on board for next season, but there will be new faces at the helm at two age groups.
With Waterford FC Under 15 manager Derek O’Brien making the decision to resign his position at the end of the season, the Blues will also be looking a new Under 17 manager after Conor Coad has also departed the club in recent weeks.
While it’s widely expected that a number of the victorious Under 19 players from last season will be offered first team contracts, the recent success of the Academy is down to a lot of hard work over the past number of years and now the club are hoping that they can build on this success in 2020.
It has to be said that the departures of both O’Brien and Coad will come somewhat as a surprise considering the amount of effort that both men have put in during recent times especially with the recruitment of players, with the Under 17 structure experiencing a lot of change in recent times.
It’s understood that a newly formed Waterford FC Academy committee was formed ahead of the new season that comprises of Mike Geoghegan, Gary Hunt and current Waterford FC commercial manager Martin Dunphy, with Hunt still expected to be the Head of Youth Development as he holds the required qualifications.
One key issue that has had a major impact on the Academy in recent times is funding and certainly considering the cuts that are expected to hit the club this season, much of the Academy will once again have to be financed by sponsors such as the Viking Hotel and the Blues Supporters Club.

ACADEMY ROLES
In a statement on the club website the club said “Waterford FC invite applications from coaches for a number of Academy roles ahead of the 2020 SSE Airtricity season. The club wishes to build upon the success of last season to create an environment within the Academy that will continue to raise the standards of Waterford FC.”
“The overall aim of our Academy is to create a platform whereby the best players in the region can compete at the highest level under the guidance of the region’s best coaches. We therefore put an emphasis on developing good people and players which in turn will produce good teams and in the long run develop players ready for our first team and beyond.
“If you feel this is something that appeals you as a coach, we encourage you to send your application to us as soon as possible as we aim to have our Academy staff for 2020 finalised in early December.” It remains to be seen if coaches that were involved in the teams in recent times remain on board for the new season.
There are numerous roles at the club available including managers for Under 13 and Under 17 teams, coaches, Goalkeeper Coaches, Video and Performance Analysis, Strength & Conditioning and Kitmen with all interested parties asked to contact [email protected] or [email protected] before December 1.