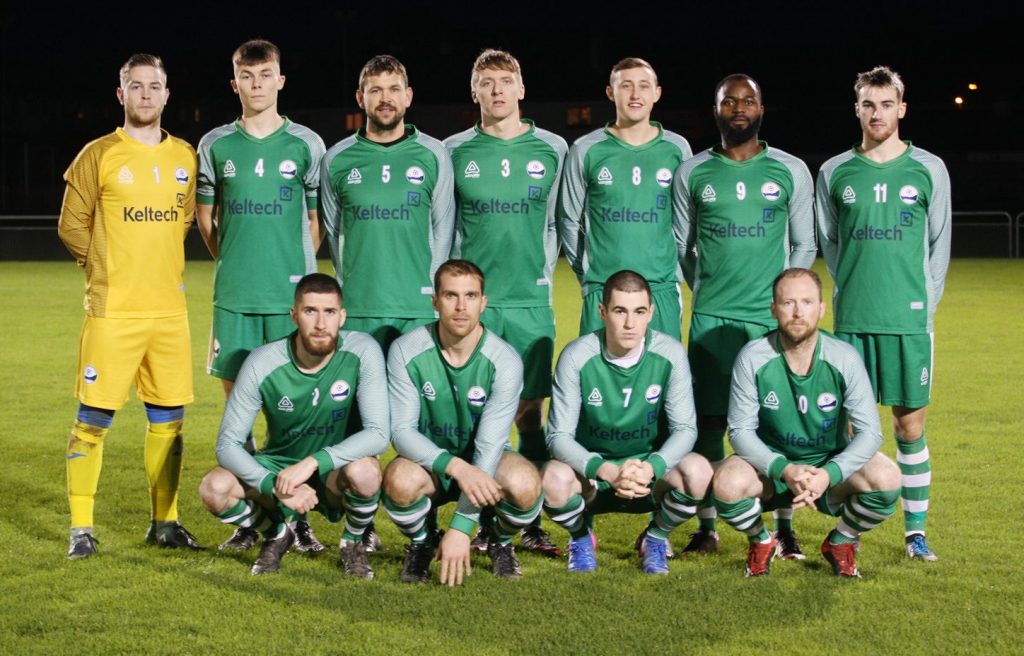 Ferrybank AFC will play the winners of Arthur Griffith Park and Drumcondra FC in the last 64 of the FAI Junior Cup. Photo: Paul Elliott.

The three Waterford teams remaining in the last 64 of the New Balance FAI Junior Cup have learned their cup fate after the draw was made recently with two of the teams having to travel away from home, while Villa have been rewarded with a home tie.
After their extra-time victory over Dungarvan United in the last round, O’Neill’s Premier League leaders Ferrybank will be on road for their next assignment after Richard Gaffney’s side were paired with the winners of Arthur Griffith Park and Drumcondra FC.
Arthur Griffith Park play in the United Churches League in Dublin and were a club founded back in 2010 based in Lucan, while Drumcondra are a well-established club, formerly of League of Ireland fame, who play in the top tier of the Leinster Senior League.
Although the latter will be favourites to progress to meet the men from Abbeylands, there’s no doubting that Ferrybank will be ready for whatever challenge comes their way as they aim to progress to the last 32 of the National competition.
It took an own goal in the final minute to settle the last round meeting between Southend United and Carrick United with the former now looking forward to an away trip to Kildare where they’ll face Suncroft, who are based at the Curragh in the last 64.
Suncroft have beaten teams like Redwood Naas and Naas United in getting to this stage of the competition so Southend manager Lee Douglas will know that his side will have to bring their top game to the party if they are going to progress to the draw for the last 32.
There was no fluke in their fourth-round win over Waterford Crystal in the New Balance FAI Junior Cup and as a result Villa will be at home in the last 64 of the competition after Conor Coad’s side were rewarded with a clash against Ballinasloe Town.
The Roscommon District League side defeated Sligo outfit MCR FC in the last round of the cup and have played Villa in recent years in the competition when the Connor’s Park outfit defeated their opponents this weekend after a penalty shootout.
A similar performance from the one that they produced in the previous round will give a youthful Villa side that play with no fear a big chance of progressing to the next round and certainly the bonus of home advantage is a massive boost. All these games are due to be played on the weekend of December 1.