THOUSANDS of people lined the streets of Waterford city Centre last Saturday evening for the switching on of the festive lights and the official launch of Winterval 2019.

As he has become accustomed to do, Santa Claus himself arrived on Barronstrand Street around 4pm and made his way through his legion of fans young and old, to switch on the lights with Mayor of Waterford City & County, Cllr John Pratt. Such is the appetite for the start of the holiday season, the town was packed from early morning as all the hallmarks of Winterval, such as the stalls and fairground attractions opened for business. Winterval Manager, Tommie Ryan told the Waterford News & Star that it was “heart-warming” to see such a large turnout.

“This simple event has become extremely popular over the past couple of years and this year the crowds stretched right down to the quay,” Tommie said. “Santa spent nearly an hour meeting as many children as he could and when you see the looks on their faces it reminds you how magical Christmas really is, particularly in Waterford. I was very proud of our city this weekend.”

Families secured viewing positions on Broad Street from around 3pm and waited patiently for the great man to arrive.

“We’ve been here since 2pm, which is a long time to wait, but Santa is trying to say hello to as many kids as possible so we can’t give out,” said Caitriona Kennedy from Grange. “It feels like the kids have been waiting all year for this day… we really miss Winterval when it’s not here… I think Waterford would be lost without it.”

This year’s festival has a host of new additions such as a Wizards and Dragons Exhibition, an outdoor cinema, a hair-raising chair-o-plane ride and all the attractions that we have come to love such as Waterford Eye, Winterval on Ice, and Santa’s Grotto, which returns to the Medieval Museum this year. As is traditional, there will be a new 3D music and lights show as Winterval illuminates Cathedral Square and there will be the usual glittering of Christmas Markets and Pop-Up shows at Arundel and Cathedral Squares, along with the Garter Lane Christmas Craft Fair at Garter Lane Arts Centre.

“Through the support of Waterford City & County Council, along with our sponsors, stakeholders, local businesses, volunteers and the general public, Winterval is made possible,” Tommie added. “We invite everyone to come to Waterford city during the festival and experience a truly magical winter wonderland.” 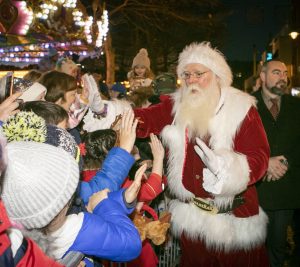 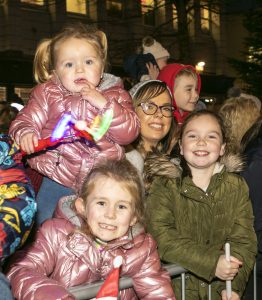 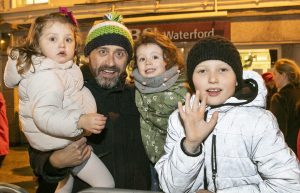