Rates increases the ‘final nail in the coffin’

THE budget proposal by Waterford City & County Chief Executive Michael Walsh, which councillors will have to vote on this Friday, contains a proposal to increase commercial rates by at least 5%. In a month where three businesses have already announced closures – O’Brien’s Café, City Arms Pub and John Martin’s Jewellers – Waterford News & Star spoke to a number of other city centre businesses who expressed grave fears about a rents increase. 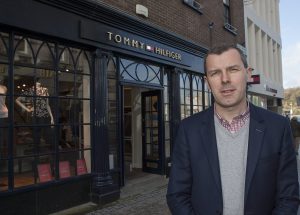 “In business there are two factors – maximise your top line sales and minimise your overheads. The first challenge is that Waterford city centre is at least 50,000 visitors behind the other regional shopping destinations, which has an obvious impact on sustaining and growing business in the city,” said Glen Sheridan of Tommy Hilfiger. “Anyone who is in favour of increasing rates in our city is clearly out of touch with what is happening right now. These people need to walk the streets and witness the low footfall for themselves. A rates increase will have a very negative impact on businesses currently trading and will deter businesses from locating here.” 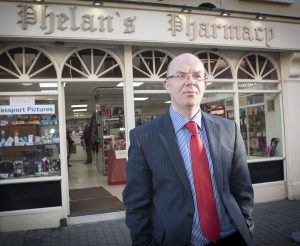 Brian Tynan of Phelan’s Pharmacy said that it could be the “final nail in the coffin” for a lot of local businesses.

“There are a lot of businesses really struggling right now and if a 5% or more increase is introduced I think many of them will say ‘enough is enough’,” Brian said. “If you look at Michael Street right now, it’s at the same level of closures that we had at the peak of the recession. That says it all for me. I appreciate that the council has to make up a deficit but if they kill the goose with the Golden Egg, there will be an even bigger deficit to worry about next year.”

Jim ‘Flash’ Gordon of Revolution, Boxworks and Oskars told the Waterford News & Star that a rates increase of any kind will be “detrimental to all hospitality and retail business in the city”.

“At a time when we operate under antiquated licensing laws, our main costs are not mortgages and staff, but insurance, VAT, excise duty and commercial rates,” Jim said. “Between Oskars and Revolution, rates and insurance at the moment is in excess of €70,000, €1 in every fiver over the bar is VAT, and we have the Highest Excise Duty in Europe. Coupled with this, the Waterford economy has not recovered from recession. Our average income is among the lowest in Ireland and our disposable income does not allow for a good night out. We need to find other ways of creating income for local government, as rates is not the answer. Maybe we should add a 1% tax to online shopping, which would fully pay for the commercial rates of Ireland. Why should the rates payer pay for the mistakes of Irish Water? I for one will be opposing any rates increase.”

Lisa Fitzgerald of George’s Court and No. 9 Café & Restaurant supported her business colleagues saying that “such a dramatic increase in rates will accelerate the closure of more businesses in an already declining city centre.”

While Sinn Fein have publicly stated that they are against rates increases, Fianna Fáil Councillor Eddie Mulligan told the Waterford News & Star that stats released by the CSO in recent weeks about employment and income “warn against the mere thought of increasing rates”.

“Attracting investment and kick-starting our local economy must be the priority for this budget and this can’t be achieved be punishing businesses who are already struggling to survive,” Cllr Mulligan said. “The Local Authority must cut its cloth to measure in the absence of full Government support in the Irish Water global rates shortfall. To date, Waterford Council has expended €11.9m on the North Quays with €3m in 2019. We must support those struggling to survive by a rates neutral budget and demand Government support in a fragile local economy that won’t survive a rates increase of 5%.”

So there you have it, the Chief Executive has proposed a rates increase but both sides of the council divide seem to be against it. How will they vote? We’ll know after this Friday, November 29.