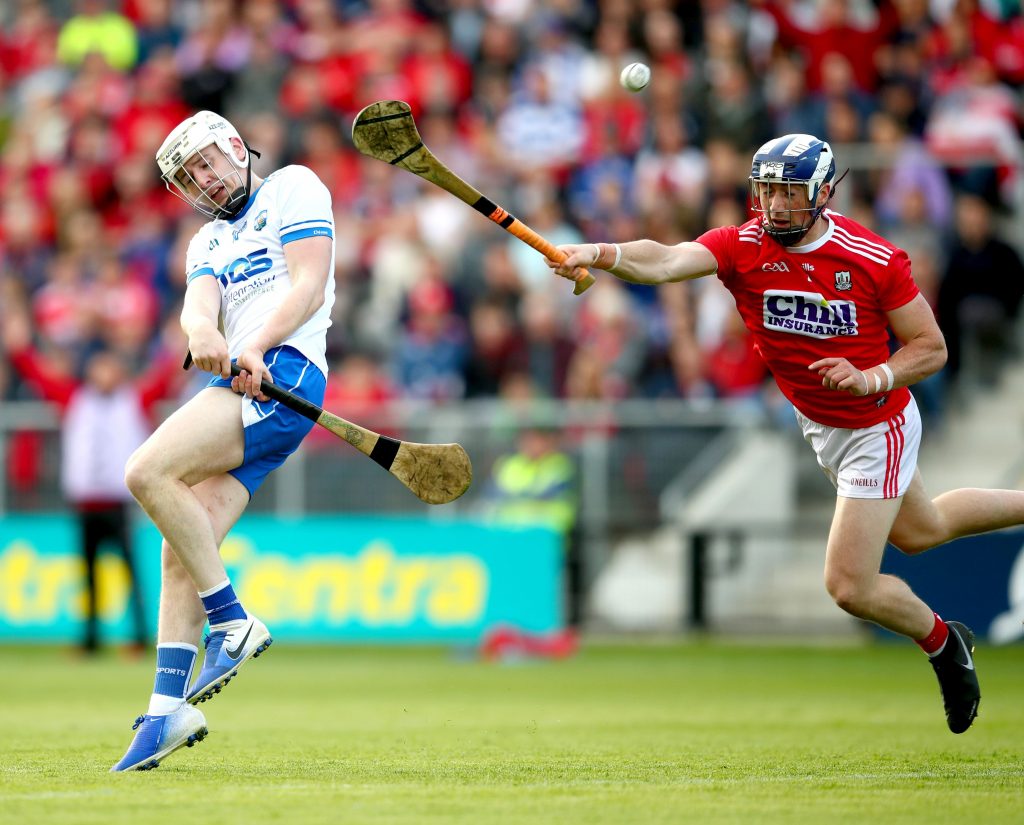 Liam Cahill’s first game in charge of Waterford will be at home to Cork in the Munster Hurling League on Deember 20. The will also face the Rebels in their opening NHL game on February 26 in Walsh Park. Photo: Inpho.

The GAA announced their Master Fixtures list for 2020 this week, so get your 2020 diary fast and put the following dates in right away.
It all kicks off for new hurling manager in a little over two weeks when Liam Cahill will take charge of the Déise’s senior hurlers for the first time when they face Cork in the Munster Hurling League under lights in Fraher Field on Friday, December 20 at 7.30pm. Their other outing in that competition will be against Kerry in Tralee on the first Sunday in January of 2020.
Three weeks later, Sunday, January 26, Waterford’s hurlers will begin their National League campaign when Cork will be the visitors to Walsh Park. After that it’s away to Westmeath the following Sunday before they have a free weekend on February 8/9.
The following weekend, February 15, they will take on reigning Munster champions, Limerick under lights on the Saturday night. The following Sunday they will host just their second home game, against Shane O’Neill’s Galway. The Déise will end their league campaign on Sunday, March 1 away to All-Ireland champions Tipperary in Semple Stadium.
Waterford’s Munster SHC campaign will begin in similar circumstances, once again with a clash against the All-Ireland champions, Tipperary, this time at home on May 10. Hopefully that game will be played in Walsh Park but with the redevelopment of the Keane’s Road venue still up in the air that is far from 100% at this stage.
The following Sunday, May 17, it’s off to Limerick’s Gaelic Grounds to take on the 2017 All-Ireland champions, Limerick. The following weekend is a free weekend before it’s back to Walsh Park (hopefully) on May 31 for the visit of Cork. June 6/7 is also a free weekend for the Déise before they will bring their Munster SHC campaign to a close on June 14 with a trip to Ennis to take on Brian Lohan’s Clare. The Munster Final (which hopefully will concern Waterford) will be played on Sunday, June 28.
After two years of failing to make it out of Munster, here’s hoping that that will all change in 2020.

FOOTBALL FIXTURES
Benji Whelan will take charge of the Waterford footballers for the second year in a row in 2020 and their season gets underway on Thursday, January 2 in Fraher Field when they take on Limerick. They are back in action three days later when they travel to Ennis to take on Clare.
The footballers’ league campaign gets underway on January 25 in Fraher Field with a clash against Munster rivals, Limerick. The following week it’s a first away trip of the campaign to take on old rivals Wicklow in Aughrim before they welcome to Wexford to Fraher Field on February 8. The following weekend is a free one, before it’s back to back games, away to Sligo and at home to Carlow.
March 6/7 is another free weekend before Benji’s men will finish their campaign at home to London on March 14 and away to Antrim on March 22.
The Déise footballers host Limerick in the Munster SFC on Saturday, May 9 in Fraher Field. As with the hurlers, we all hope that 2020 is a great year for the Waterford football team.

MINORS
As with the last two years, the Waterford minor hurlers’ Munster MHC fixtures will be the same as the dates as the seniors and will be the curtain raisers for each of the senior meetings between the same two counties.
The minor footballers begin their campaign on April 8 with an away trip to Limerick. The following week, April 15, it’s away to Clare, before a home game against Tipperary on April 22.

UNDER 20S
The Déise U-20s have received a bye into the Munster semi-final where they will face the winners of Tipperary and Clare on July 8. Limerick will play the winners of Cork and Kerry in the other semi-final. The Munster Final is fixed for July 22.
The U-20 football championship has been brought forward this year and Waterford will take on Clare in Clare on February 12. The winners will take on Cork in the semi-final on February 19. The Munster Final is fixed for February 26.
As always, you’ll be able to keep up to date with all these previews and match reports, reaction and analysis each week in Waterford Sport.

Prayers for end to Drogheda violence

Report: Ireland has fifth highest number of billionaires per capita

Poll: Majority would rather see Micheál Martin as Taoiseach than Leo Varadkar