O’Brien takes over as Eastern Board chairman 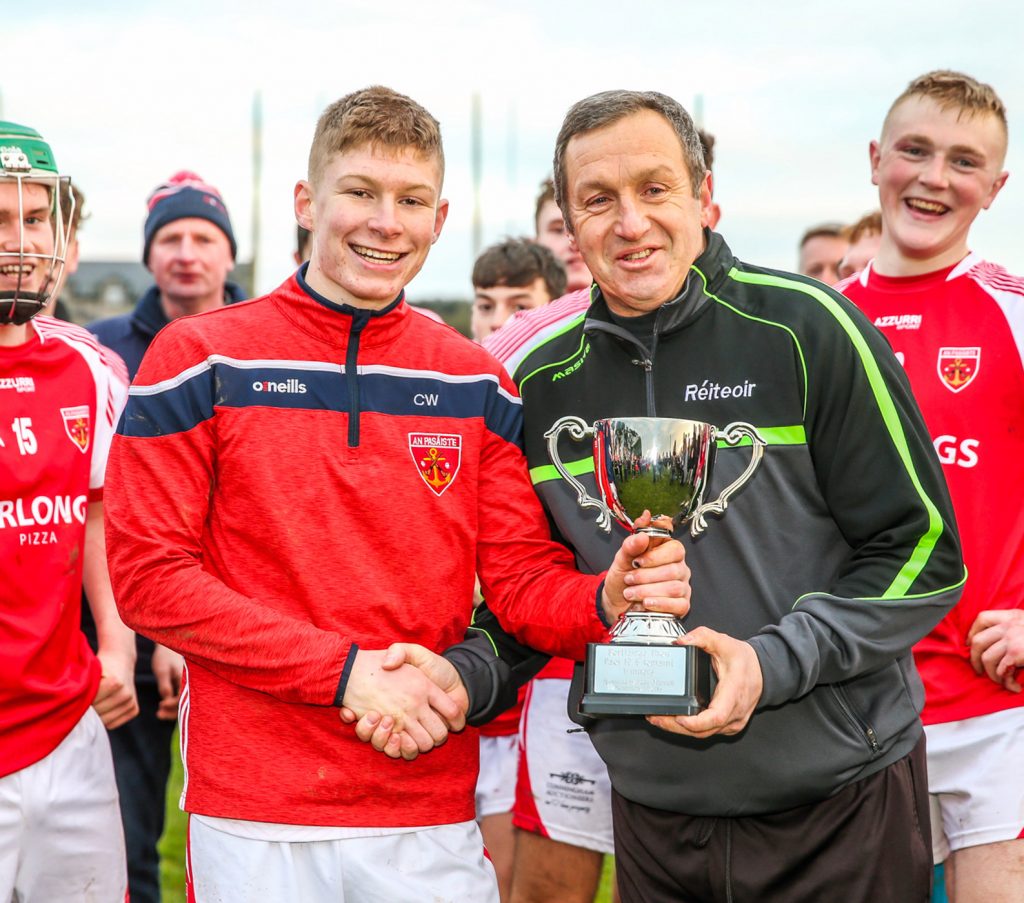 The 94th Convention of the Eastern GAA Board takes place tomorrow evening (Wednesday) in the St. Saviours GAA club rooms, getting underway at 7.15 p.m. sharp. There are no motions on the agenda for discussion but there will be as many as four changes on the Board executive with terms completed and some stepping down.
The big change will be in the office of Chairman where the outgoing holder of the position Michael Wadding has completed his full term. There is only one nominee for the position in the person of current Vice Chairman Michael O’Brien of Portlaw. Michael is a high profile referee in the county and will step into the top position on the Board following in the footsteps of his late father Johnny O’Brien who served with distinction as Eastern Board Chairman and other positions in a long career of dedicated service to the GAA.
There are at present two nominees for the position of Vice Chairman in well known Clonea delegate Pat Hunt who will be seeking a first position at Board level while the other nominee is John O’Leary of Ballyduff Lower who is no stranger in official circles as he is stepping down as Munster Council delegate having served a full term and has served in a number of other County Board positions down the years.
It is understood that long serving Board treasurer David Kirwan of Kilmacthomas, a man who has given outstanding service to the Eastern Board over a long term is calling it a day and the sole nomination for his position is well known Ballyduff Lower clubman Mossy Clifford. It is understood that John Murphy of Dunhill is continuing in the role of Assistant Treasurer and the vacancy for the position of PRO will be filled by Roanmore’s Eoin Sheridan who is the only nominee.
The fact that there are no motions listed should see discussion confined to the contents of Secretary John Sheehan’s first report to convention which comes at a very good year for the games in the division with all of the primary championships completed in good time and while the U-19 hurling has run into December that is no fault of the Boards but rather with the structure of the new championship.
Financially the board continues to be in a sound solvent position and as always provides support for Walsh Park projects and Bord na nOg.

WESTERN CONVENTION
The Western Board Convention takes place on Thursday in the Stradbally GAA Centre at 7.30 p.m. sharp and here also we have a change at the top table with outgoing Secretary Patricia Walsh resigning and set to take the Chair being vacated by Abbeyside’s Neil Moore.
There will be no contest here for positions as there is only one nomination for each on the Board executive and are as follows.
Chairperson – Patricia Walsh (Colligan), Vice Chair – Pa Lyons (Mellary), Secretary – Pat Casey (Cappoquin/Affane), Assistant Secretary – Tom Mansfield (Cappoquin/ Affane), Treasurer – Billy Devine (Ballysaggart), Assistant Treasurer – Clodagh Kearns (St. Marys/Sliabh gCua).
Having retired after long service as a referee Pat Casey takes over the important job as Board Secretary where he will be assisted by his fellow club man and current referee Tom Mansfield. Experienced Ballysaggart official Billy Devine comes in as Board Treasurer where he will be assisted by Clodagh kearns of St. Marys/Sliabh gCua.
Financially the Western Board showed an €8,500 surplus on the year’s activities with the Intermediate Hurling Championship again being the big money spinner for the Board which enabled €16,000 to be paid in field rents for the hosting of championship games and a €10,000 grant to the County Board.
A with the Eastern Convention there are no motions down for discussion.