ABOUT 70% of complaints made to Gardaí about intimidation are largely from mothers, the Chief Superintendent of the Waterford Division told a Joint Policing Committee (JPC) meeting.

Addressing a common notion that cannabis is a less harmful drug, he said strength has risen from 4% tetrahydrocannabinol (THC) to up to 24%. “That’s a massive increase in the actual strength… There’s no harmless illicit drug. They are all leading people into criminality, leading people into addiction,” he said.

Through a written question, the PPN stated that Youth Services and local communities have reported a growing trend of young people getting caught up in drug debts, with often the most vulnerable being targeted, intimidated and coerced into criminal activity such as burglary, holding drugs or carrying drugs.

Under the national drug strategy, Chief Superintendent Dunne said the Garda Commissioner designated that each division would appoint an inspector specifically on drug intimidation. Detective Inspector Murt Whelan has been appointed in Waterford. Gardaí also work with the National Family Support Network based in Ballybeg and Lisduggan. So far this year four complaints have been made to Gardaí, Chief Superintendent Dunne said while thanking Cllr John Hearne for bringing some of them to their attention

“The figures are talking for themselves. Section 3 possession is up from 426 to 541 this year to date. Section 15, dealing drugs: last year we had 63, this year we have 106. There is a correlation between recreation drug use and criminality. Nobody can walk away and say I buy for my own personal use and I don’t upset or impinge negatively on the community,” he said.

Cllr Hearne asked the JPC meeting what message should be given to victims of drug related intimidation.

Assistant Commissioner for the South East Region, Michael Finn said, “If a crime has happened we want to hear about it… If people come to us with their problems we can help them address them,” he said, though he added that Gardaí would obviously prefer people not to get involved with drugs. “We see what happens. You turn on the TV and you might hear something about gangland related crime because people are involved in drugs and that’s where a lot of the criminality is happening,” he said. Regarding victims of intimidation, the Assistant Commissioner remarked, “It’s a difficult situation for any family who finds themselves in that situation in terms of the intimidation that is happening… We appeal for people to come to us. If they work with us we will help them in some way to resolve the problem. If it stays underground we are never going to solve it,” he said. 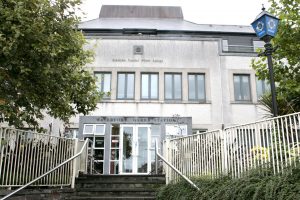