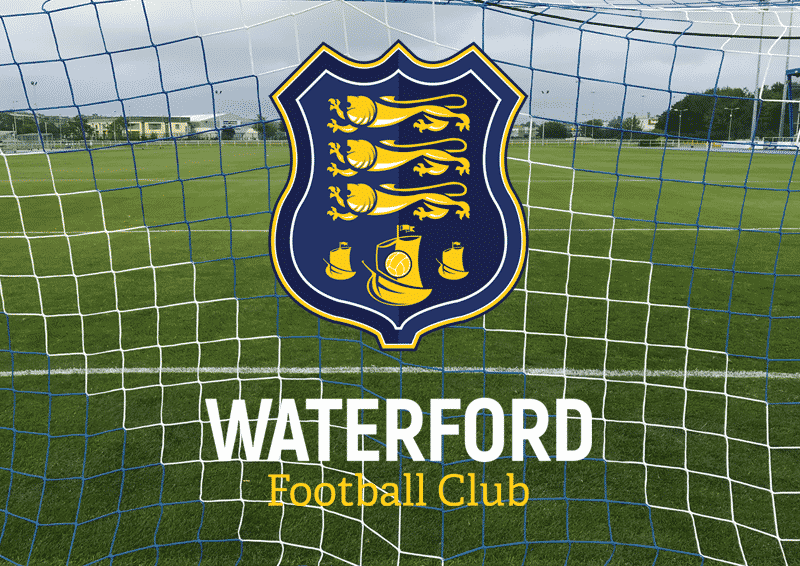 Waterford FC are expected to announce news regarding the current manager situation and the possibility of new signings over the coming days before the club unveils the brand-new home jersey for the 2020 season, which will go on sale on this Saturday, December 7.
With rumours galore circulating over the past week that the club could be set to receive some good news as regards some new investment, it’s still unclear whether this will happen, whilst there has been further speculation with regards to the future of manager Alan Reynolds.
As the Blues continue their plans for the 2020 season, it’s understood that some concrete news will be confirmed by the powers that be at the RSC before the new gear will go on sale to fans that are still frustrated by the deafening silence.
As revealed in this paper last week, the club have been working with their kit suppliers in recent weeks on a new design for the home strip with other merchandise to be unveiled in the next couple of days before the official sale at the Harvey Norman Suite under the New Stand on Saturday.
Although there had been some talk that the club may move away from Umbro, who have been the kit manufactures since Lee Power took over the club at the end of the new season, it seems that they’ll remain with them for the upcoming season with the new gear sure to be hit with the loyal faithful.

SEASON TICKETS
The early bird offer on 2020 season tickets for all Waterford FC home games will come to an end on December 10 with a number of fans already purchasing these tickets through the Waterford FC website – www.waterfordfc.ie/tickets
Although some fans are reluctant to part with their money just yet until the current situation at the club is addressed, there’s no doubting that the purchasing of season tickets is a major part of the clubs’ budget for the upcoming campaign.
Fans that wish to purchase a season ticket up to December 10 can do so for €200 for adults, €120 for concessions/students and €70 for all Under 14’s. The reserved adult season ticket, which includes a parking permit will cost €310 for an adult and €190 for Seniors, which also includes free admission to all underage games. Fans can also purchase these tickets at the Waterford FC offices under the New Stand at the RSC.

BLUES SUPPORTERS CLUB
The Waterford FC Blues Supporters Club have opened membership for 2020 season, which was officially launched as we went to print yesterday (Monday). With the membership of the BSC hitting 500 members last season, it’s hoped that many of the fans will join once again this year with the fee remaining at €10.
With membership available online on the BSC website – https://waterfordbsc.ie/become-a-member/ official membership forms are available from any committee member and these forms will also be available at the Blues Club Shop over the coming weeks.
The cost for membership for all members remains at €10 where that’s for Senior membership (over 18), Junior Blues (0-12) or the brand new Blues Ambassadors age bracket (13-18), with membership allowing members to travel on BSC buses to away, voting in the player of the month awards as well as the popular Junior Blues.
Members of the Junior Blues will be able to avail of some special events during the season, which include meet and greet with players, features in the Waterford FC programme amongst other initiatives.
The Blues Supporters Club are running a fantastic incentive for early bird memberships with all members who have registered before 5pm on Thursday, December 19, will be entered into a draw for prizes of a season ticket for 2020 with one adult ticket winner and a junior or ambassador winner, which will be sponsored by the BSC.