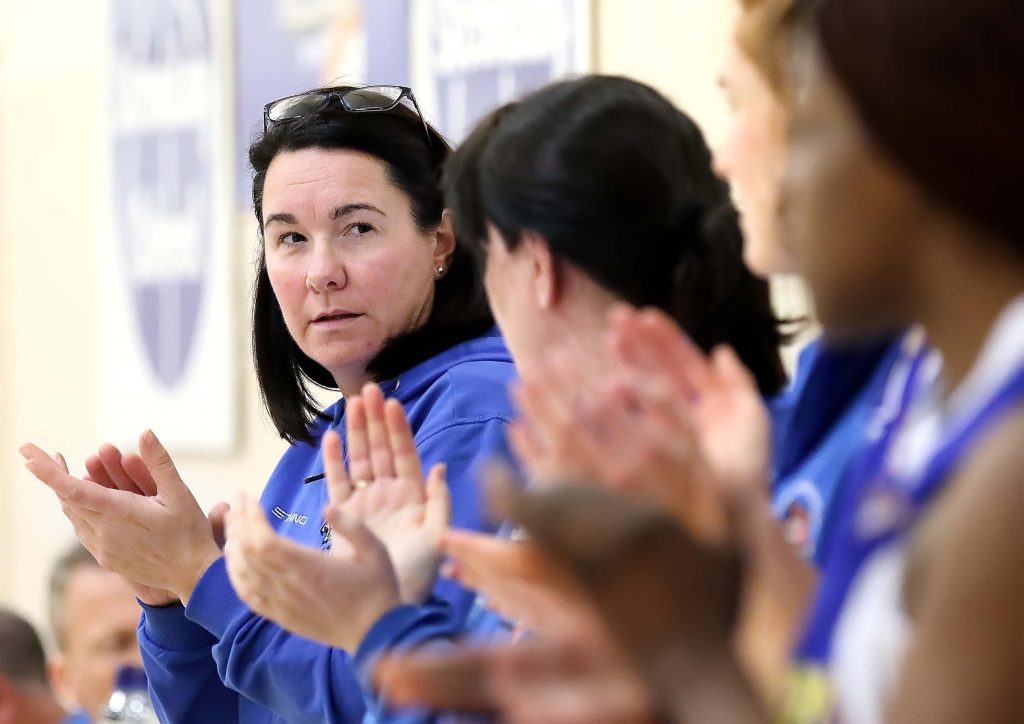 Wildcats’ head coach, Jillian Hayes, will be hoping her side can continue their good league form at home to Brunell of Cork at the Mercy Gym on Saturday night. Photo: Noel Browne.

Wildcats must now focus on the Super League after exiting the National Cup at the quarter final stage on Sunday last losing out to Glanmire in Cork.
Home advantage proved crucial for the Cork side as they made the most of their scoring opportunities. On the other hand Wildcats missed so many chances that they could have easily come away with a much craved for victory. The team was well prepared and expectations were high prior to game time. However in spite of a massive effort where every player gave it their all, it all came down to many missed chances. There were times when Wildcats missed the shot and won the rebound but missed and missed again. With just eight points between the sides at the games end it could have been so different. The Waterford club will be well represented come the Cup semi finals weekend in mid January as their U-18 team play DCU and their U-20 team play Portlaoise Panthers in their respective semi finals.

BACK TO THE LEAGUE
However the senior players must now shake off their disappointment and focus on Basketball Ireland’s most important event, the Super League. Wildcats have two home games prior to the Christmas break and should they take full points from these games, they will leave themselves nicely poised for the big prize. The first of these games is this Saturday night when Brunell visit the Mercy Sports Hall. The Cork City side are beaming at the moment after winning their cup quarter final away to MC Hawks Kilkenny. Traditionally games between Brunell and Wildcats have been tense affairs and there’s no reason to believe this one will be any different. Tip off is 7pm. The pride of the South East will hope to have victory over Brunell in the bag before Carlow IT who have former Wildcats Hot Shot Alyssa Velles in their line up visit the Mercy on Thursday December 12th. With just four days between the game days, this is a big ask but one Wildcats must be up for as the results are so significant. Note the tip off for the Thursday game is 8pm.