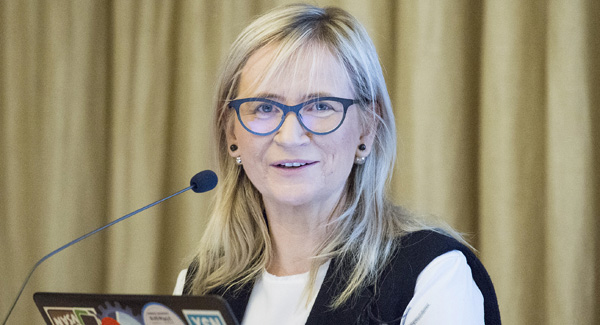 Ms Forbes has also defended the high pay of some of its staff and said presenters have a difficult job that not everyone can do.

She has appealed to TDs to reform the system of collection in a bid to address the financial issues at the broadcaster.

RTÉ is seeking to cut its workforce by 200 as one of a series of measures to tackle its financial crisis and reduce costs by €60m over the next three years.

RTÉ’s Director General started by saying what the broadcaster produces is hugely valuable.

Ms Forbes said they are reviewing salaries, but defended those at the very top. Salaries for the 10 highest paid RTÉ presenters, who mainly work as contractors rather than staff, added up to €3m in 2016.

Asked about the pay of some presenters, Ms Forbes said: “The role of our presenters is multifaceted. They present several shows depending on the individual but I think it’s important to say at this point in time that they’re very important to RTÉ and very important to the messages that they have to deliver on a regular basis.

And I think it’s also important to say that I understand why this can be an issue and a topic for conversation among the public, but the role of presenting a show up and being a broadcaster can be a difficult one and it’s not something that anybody can do despite sometimes what the public think.

However some TDs, like Fianna Fáil’s Timmy Dooley, have been critical of RTÉ’s financial plans.

Mr Dooley said: “Understand from our perspective, we are somewhat skeptical about what we are hearing, because unless you’re able to give me a full breakdown of where the €60m can be achieved, not broad headings, that doesn’t cut it.”

The Government earlier announced a Commission on the future of Public Service Broadcasting, along with a further investment of €50m over five years in the broadcaster.

RTÉ was looking for double that along with reform of the licence fee on a much quicker timeline than the Government plans.

Ms Forbes and other executives from the broadcaster are appearing before the Joint Oireachtas Committee on Communications this afternoon.