A 27-YEAR-old man received a suspended nine-month sentence at Waterford District Court last week following an assault in John Street in the early hours of March 6, 2017.

The sentence handed down to Alex Whelan, with an address at Crooke, Passage East, was suspended for two years by Judge Kevin Staunton, who told Whelan that he was fortunate the case “didn’t end up being more serious”.

The court was told by Garda Sergeant Michael Hickey that the injured party, a Mr Denis Kennedy, was taken to University Hospital Waterford (UHW) following an incident outside the Abrakebabra restaurant on John Street.

Gardaí arrived at the scene at 1.15am approximately that morning, where the injured party, who had sustained a cut to the back of his head, was lying on the footpath, being tended to by a security officer.

Mr Kennedy, who was in the company of a female that night (whom the court was told was an ex-girlfriend of Whelan’s) was speaking to her while he lay on the footpath, prior to his being transferred to UHW.

Whelan’s former girlfriend told officers at the scene that Whelan had knocked Mr Kennedy to the ground and had unsuccessfully tried to hit him a second time as he fell.

The following day, Mr Kennedy made a statement of complaint to Waterford Gardaí and in subsequent days the injured party reported feeling unwell, so much so that he returned to UHW for further treatment.

Mr Kennedy is believed to have suffered a bleed to the brain but medical evidence supporting that contention, as noted by Alex Whelan’s counsel, Rosa Eivers (Solicitor), was not admitted into evidence by the State.

The court was told that Mr Kennedy returned to work shortly after the incident, and subsequently reported experiencing migraines, something he had not suffered prior to the assault. He had also worn glasses since the incident, Sgt Hickey told the court. It was also stated that Mr Kennedy has chosen not to appear in court on Tuesday last.

Ms Eivers said that Whelan, a self-employed personal trainer with no previous convictions, had required mental health intervention from an early age. This included admitting himself to the Department of Psychology. Between May 2016 and into 2017, Whelan had disengaged from services and during that corresponding period was also taking cannabis, something which had impacted “on all parts of his life”. At the time of the incident, in what was a “period of chaotic engagement” with the mental health services, he was 24 years of age, having never previously come to Garda attention.

In the interim, Ms Eivers said that Walsh had taken strides to get “his life back on track” and had immersed himself in “fitness and clean living” and was “getting on with things”.

The assault was “a moment of rage and was out of character” and he “was very sorry for the pain and suffering he had caused to Mr Kennedy”. Ms Eivers said her client “accepted that this was a very serious charge (Section 3 Assault) and was in the hands of the court”.

Judge Staunton said that on the night in question, Alex Whelan “appears to have completely lost his head, so to speak” and that the nature of the incident meant a custodial sentence had to be considered. He said that Whelan “appears to be a generally law-abiding person; however he was fortunate that this did not end up being a more serious case”.

As a condition of the suspended sentence, Judge Staunton said that Whelan was to continue to engage with the mental health services as directed by the Probation Service. 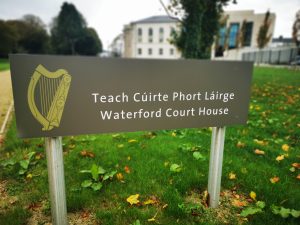