‘We couldn’t get rid of him’ 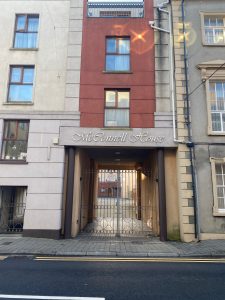 This week, the Waterford News & Star investigated the circumstances that led to this convicted, self-confessed child predator living 20 yards away from a children’s playground.

Speaking to the Waterford News & Star, Regina Mangan of Liberty Blue Estate Agents, recounted the day, in 2016, that ex-priest O’Grady walked into her offices looking for accommodation.

“It goes without saying that we didn’t know who he was when he first came through our doors,” Regina said. “I hate saying this, with all we know about him now, but he seemed like a charismatic, nice, friendly old man, who came with good references.”

It is understood that another priest acted as referee for O’Grady, but due to data protection, we are unable to identify who that priest was. When the references checked out, O’Grady was given an apartment in McConnell House on Catherine Street in the City. However, just a few months later, a staff member in Liberty Blue stumbled upon an article about O’Grady online, and informed Regina as to his shocking past.

“We were horrified to discover that he was a convicted paedophile, and a very dangerous one at that,” Regina said. “We were appalled so immediately contacted the landlord of the apartment to make him aware of who was living in his property. We also sought legal advice as to what steps we could take to remove him.”

As O’Grady had already served his time (for child sex offences and possession of child pornography) Regina was told that there was nothing she could do.

“We couldn’t get rid of him,” Regina said. “We couldn’t ask him to vacate the property based on him being a convicted paedophile. However, after lengthy discussions with the landlord, he decided that he would simply sell the property, give O’Grady the appropriate notice, and deal with him that way.”

Oliver O’Grady refused to leave the apartment, claiming that he had a fixed lease and “wouldn’t be going anywhere”. He sought legal advice himself, and dug his heels in.

“As an office full of mothers, we were deeply concerned about what was happening as there were a lot of families living around him,” Regina said.

Around this time, news began to spread about who O’Grady was and where he was living and after pressure from locals, he eventually moved out of McConnell House.

“He moved to an apartment by the park, to an address where we know that another convicted paedophile was living,” Regina said. “Once again, we sought legal advice – even though we weren’t the letting agents this time – as to what we could do with this information. We wanted to warn his new neighbours and the nearby schools as to what kind of man had just moved into the area, but were told that we couldn’t, because he had already served his time. This is a man that I bumped into in the park, amongst dozens of young children, on more than one occasion, yet was told that we would face legal action if we warned people about him.”

A number of months later, Rev Bishop Alphonsus Cullinan DD distributed an unprecedented letter of warning about O’Grady, describing him as an “extremely dangerous paedophile”. That letter, and the media attention that followed led to O’Grady finally leaving Waterford in 2018. Last month, he was arrested in Portugal and sent back to Waterford to answer further child pornography charges. 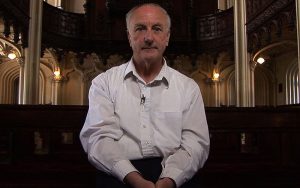