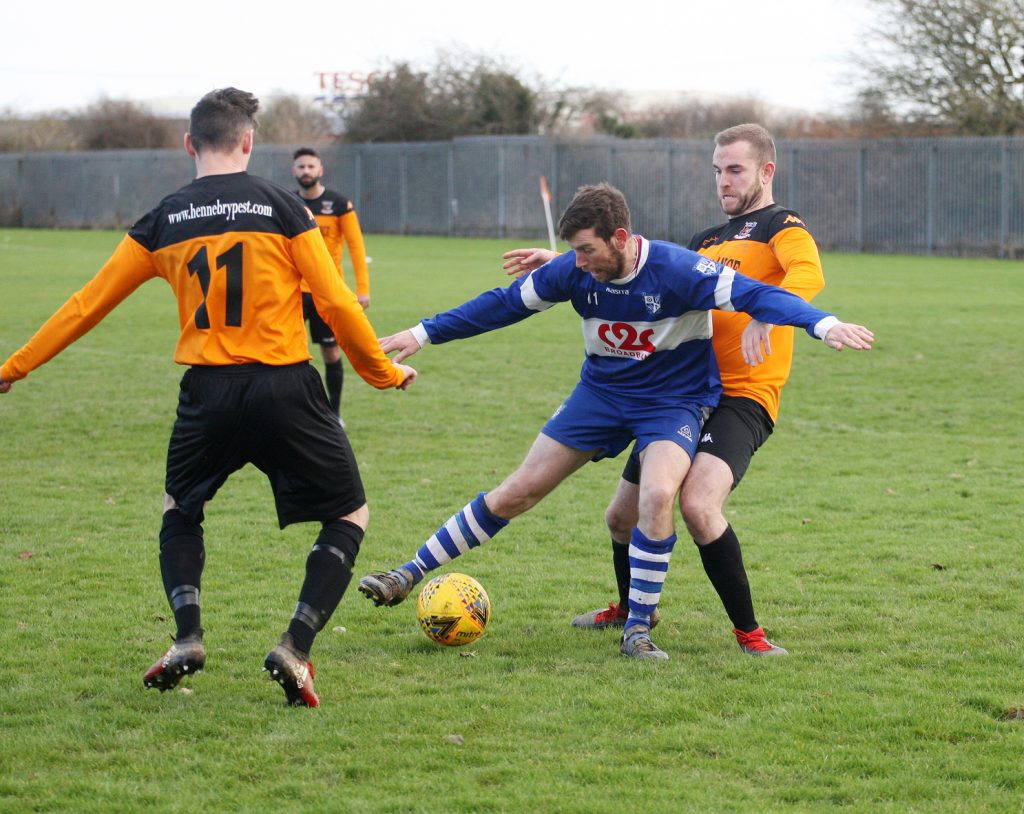 Stradbally caused a major upset in the Munster Junior Cup after they defeated Southend in Southend Park on Sunday morning last. Kevin Lawlor was the two goal hero for Stradbally
as manager Kevin Barnes led his 1B League team to victory over Premier League side Southend.

Perfect Start For Stradbally
The visitors almost took the leader on 10 minutes as Alan Darcy cut inside the Southend defence but he was unlucky to see his left foot strike rebound off the crossbar. However Stradbally did take the lead on 23 minutes, Darcy played a through ball into Kevin Lawlor but Southend keeper Sean Walsh rushed off his line to foul the striker in the box. Referee Gary
Fitzgerald pointed to the spot and Lawlor picked himself up to slot home the penalty kick. On the half hour mark, Southend striker Billy Ryan found space in the Stradbally box, his effort
looked goal bound but keeper Christopher Casey produced a wonderful save. For most of the remainder of the first half, it was Southend who had the main portion of possession but could not find a way past a solid Stradbally back four of Ricky Power, Alan Darcy, Damian Sheehan, Brian Henley and for the remainder of the half the Stradbally keeper Casey
remained untroubled.

Stradbally Go Two Up
The second half was only two minutes old when Stradbally hit Southend with a sucker punch goal to go two goals in front. Shane Lannon sliced open the Southend defence with a perfect pass and Kevin Lawlor raced clear before drawing Sean Walsh off his line, as the striker kept his cool to slot home goal number two. On 50 minutes Southend went close on getting back into the game when Paul Carey whipped in a free kick from 20 yards that flew inches wide of the far post. On the hour mark Stradbally had a great chance to stretch their lead, striker Adam Finn found himself unmarked in front of goal but he shot straight into the arms of the grateful Sean Walsh.

On 64 minutes Southend winger Ryan Sinnott pulled the ball on to his left foot before shooting for the far corner but Stradbally keeper Chris Casey flung himself across his line to save at the far post. A minute later Southend went close again. This time Paul Carey swung in another corner kick found the head of John O’Donnell but he headed over from 6 yards. More pressure followed as Carey fired over another corner kick, the ball broke loose in the box but Southend striker Billy Ryan fired over the crossbar from 10 yards. Southend piled on the pressure in the closing minutes but couldn’t break the resistance of a resolute Stradbally defence. It was a wonderful victory for Stradbally as they battled hard all over the pitch and upfront Kevin Lawlor was the man of the match with two well taken goals.

For Southend it was a terrible week as they were bounced out of the FAI Junior Cup and the Munster Junior Cup all inside seven days.