A new report has found that the value of all houses in the country went up by around €15m a day in the last 12 months.

The value of Ireland’s housing stock now stands at more than €519bn, up from €514bn a year ago.

The Daft.ie Wealth Report says house prices are growing by 1% year-on-year and so far in 2019 there were 715 properties sold for €1m or more.

Ireland’s most expensive street is now Temple Road, which had three properties trade for more than €2m, with an average price tag of €5.5m 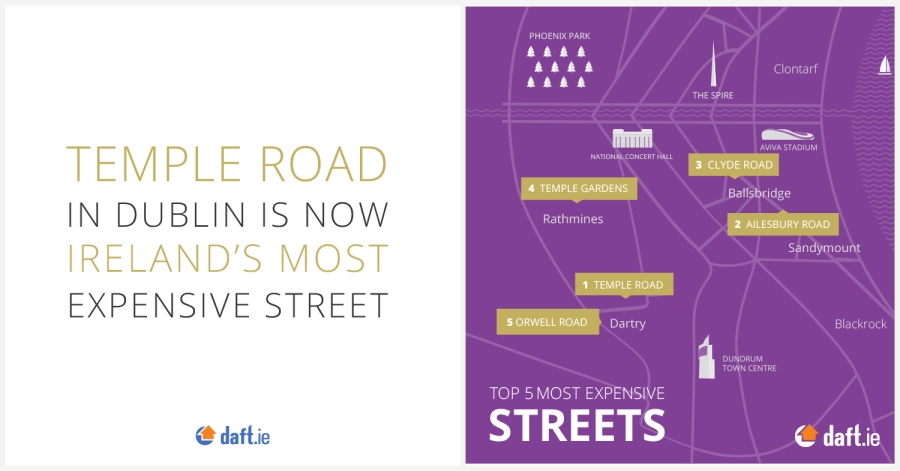 By location, the most expensive markets are all in Dublin. The average asking price in Mount Merrion is now €777k, followed by Dalkey €743k, and Sandycove €740k.

By comparison, the average asking price nationwide is €257k.

Outside of Dublin, Enniskerry in Co. Wicklow is the most expensive market with average property values of €619k, 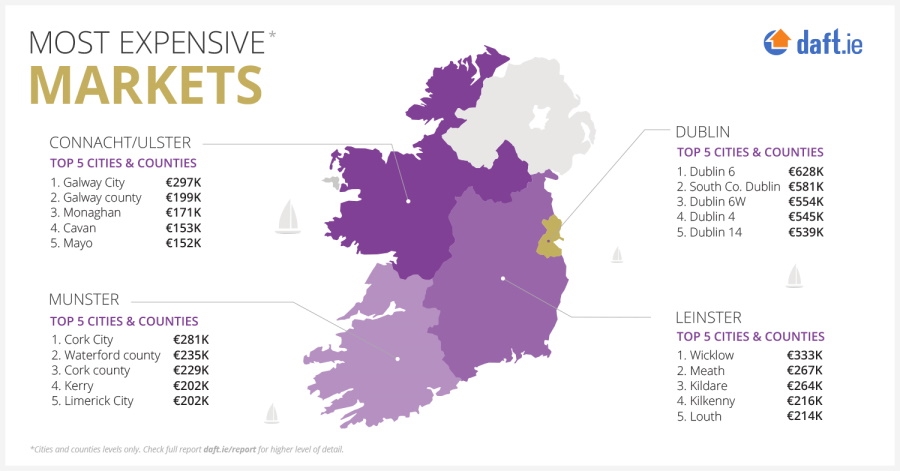 In the other provinces, that distinction falls to Kinsale in Munster (€383,000) and Kinvara in Connacht-Ulster (€317,000), again in each case the most expensive market in their region by some distance.

Ronan Lyons, economist at Trinity College Dublin and author of the report, said: “In the last 12 months, Ireland’s housing wealth has increased by just 1%, or €5.3bn.

“Almost all of this increase – just over €5.1bn – has come from newly built homes adding to the stock of housing.

“The much more modest increase in the average value of all homes – €1.1bn – is almost entirely offset by losses due to depreciation and obsolescence (€0.9bn).”

The report also found that 11 streets had two or more transactions of €2m or higher for individual properties in 2019, so far. Four of those streets are in Dublin 6. 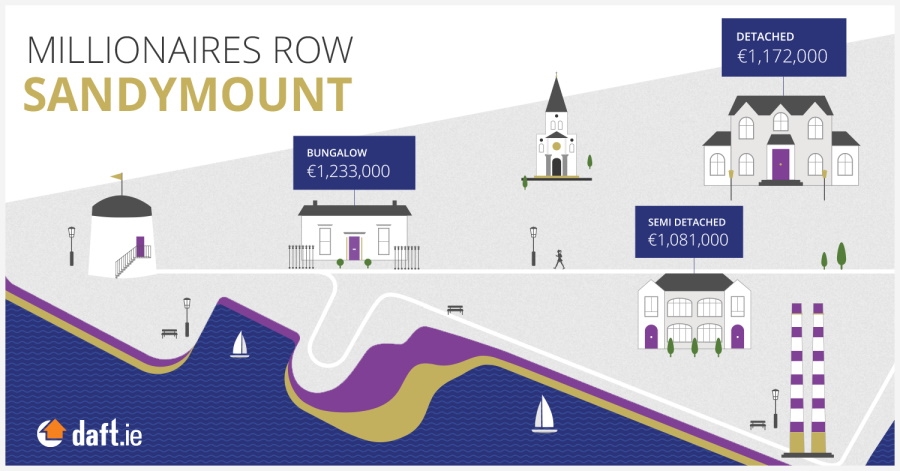 The highest concentration of property millionaires is in Dalkey with 276, followed by Ranelagh (252) and Ballsbridge (235).