Cahill excited to get his hands on Hutchinson 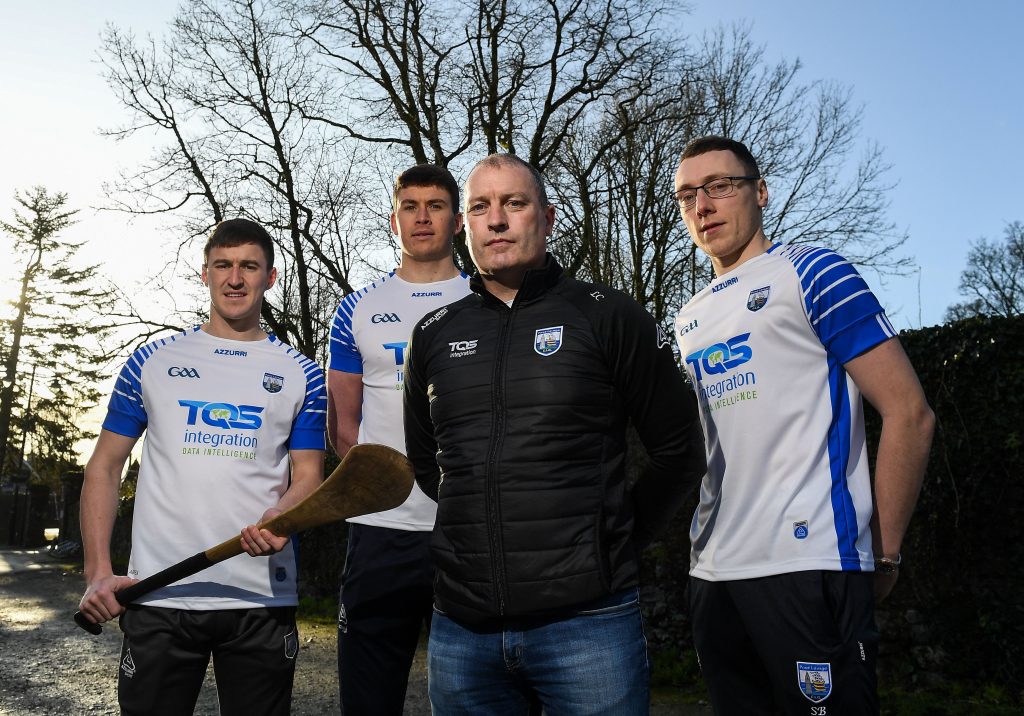 Ballygunner hot shot Dessie Hutchinson is part of Liam Cahill’s plans for 2020.
The 23 year old hit 4-27 from play this season and Cahill is happy to have him on board.
“We’ve seen him on numerous occasions with Ballygunner throughout the championship and he’s a really exciting new player. A guy that comes with an absolutely brilliant attitude and mindset from his previous trade in England with Brighton. He’s really an exciting addition to the squad but club hurling is another level, the level he was playing with Ballygunner was very very high, but inter county is a step up again. Some of the time, these guys just don’t step up straight away so it’ll be very much a good learning curve for Dessie as well as the rest of us over the next couple of weeks and months.”

BIG CALLS
Cahill isn’t afraid to make the hard calls either. In mid-October, he left All Stars Noel Connors and Maurice Shanahan off the panel. “They’re always big calls when you’re making calls early on players that have massive performance levels for Waterford in the past and have the accolades to go with it. They wouldn’t be decisions that were made lightly. I would have thought about this before I came in. I would have looked, like any avid GAA supporter, from the stands last year, and that’s what I was going on. And obviously, with new management there needs to be change. I’m coming predominantly from a development background and the one thing I want to make sure as well is that whenever I vacate this post that I have Waterford hurling left in a good place and that’s going to involve unearthing new players. You have to look to the future as well.”

55 PLAYERS SO FAR
The Tipperary native has looked at 55 players so far and arranged challenge games against Carlow and WIT. “There’s fourteen new players brought in at present on a trial basis. We want to make sure that we look at these players on a couple of occasions and if they show us anything in those games, I’ll add them to the panel. That’s the one thing I’m really, really looking forward to is unearthing some new players to strengthen the panel. Munster championship hurling is rapid fire, Sunday after Sunday, and with the physicality and the hits that go in you need a 35-man squad and you definitely need twenty players every day you take on any opposition in Munster and beyond.”

JAKE RETURNS
De La Salle’s Jake Dillon, who started the 2017 All Ireland final, has returned to the squad after missing out on the 2019 campaign. “Jake Dillon is back in with us and Jake is training really well and showing all of his enthusiasm and his energy to get around the field as he did two years ago and beyond. He’s still a young man, only 26 or 27 years of age, and retains all of his ability as far as I’d be concerned. So, I’m really looking forward to seeing how Jake goes over the next couple of weeks and months as well.”

DOOR OPEN FOR SHANE
Another All Ireland starter Shane Bennett is unable to commit at present but Cahill has kept the door ajar for the former minor and under 21 medallist. “Very disappointed to be honest. Shane is a really, really exciting young player, only 23 or 24 years of age. This is something that, in fairness, Shane has flagged early; he’s been incredibly honest in what he has done and that’s our mantra for the year to be straight, upfront and honest with one another. After Shane’s club campaign, he flagged that early with me. There’s a lot involved now to where this current regime is going and he didn’t find that it would be fair on players or management if he wasn’t able to commit a hundred per cent. For the moment anyway he’s not in a position to commit but, having said that, when the club championship starts up again in April and Shane shows us anything, you know, we could always revisit it.”

Jazmine Sullivan, Eric Church and HER to sing at Super Bowl

Jazmine Sullivan, Eric Church and HER to sing at Super Bowl