Power and Reynolds staying with Blues for 2020 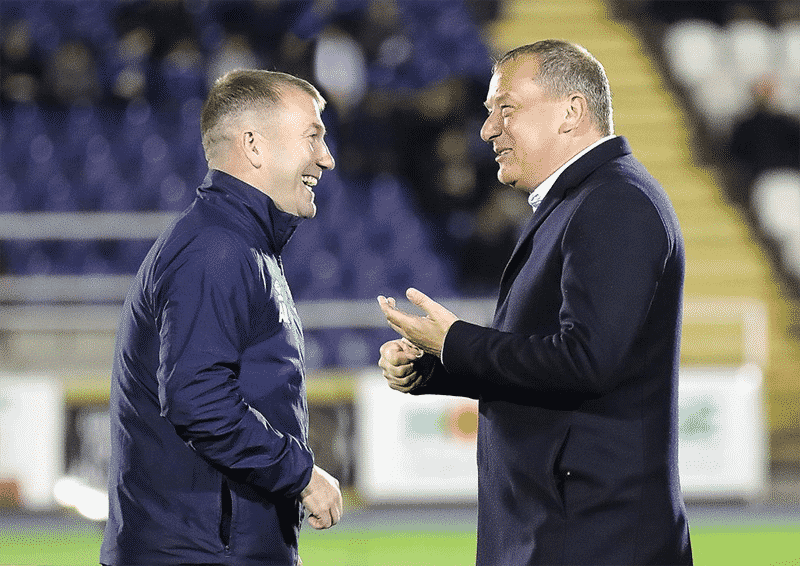 There was great news for Waterford FC supporters today with the news that owner Lee Power and manager Alan Reynolds are to remain in their roles with the club for 2020. This is the full statement from Lee Power….

“After certain events which took place earlier on in the season, I made the decision (at a considerable cost) to take UEFA to the Court of Arbitration, Lausanne, Switzerland unfortunately the decision was upheld on a technicality which was very disappointing. With the stance the FAI had taken I had to reconsider my future investment in Irish Football.

However, after lengthy meetings with everyone at the club I have decided to finance the club for the next season. As one person cannot do this alone for the long-term future, I personally ask everyone from the supporters, supporters club and businesses to back the club. I understand the team did not win as many games as previous seasons and it was disappointing to see the huge drop in attendance, but we are now looking forward to the new season.

Therefore, I am pleased to announce Alan Reynolds has signed a new deal with the club and we look forward to continuing our football relationship. Alan has been busy getting ready for the new season and we will be announcing new signings over the next few days.

Finally, I would like to thank everyone at the club, academy, blues supporters club, sponsors and the loyal fans for the support over the last season.

We need every one of you in whatever way you can to support the ongoing future of Waterford FC.”

I’m delighted to be involved with this club, not just for next season, but for everything we’ve achieved up to now. There has been a lot of discussion between myself and the owner to get to this.

Everyone here is really committed to bringing this club forward, the facilities are incredible, the fans are second to none. Thankfully, Lee’s statement today should dispel any concerns fans might have and we can now get down to announcing some of our signings during the week.

Things have been quiet on the news front, but I have been working away quietly in the background and hopefully, we can announce players signing over the next few days/weeks.

I’m really looking forward to the tough challenge ahead of us and we’ll face these challenges together as a club and a community. We really need the fans to come out again in force as they have done over the last few years.

This year more than any we need to stick together and push on as one. They drove us over the line many times. Let’s all face this challenge together and drive on in 2020.”

A number of signings for 2020 are expected to be announced tomorrow.
Follow @WaterfordNS