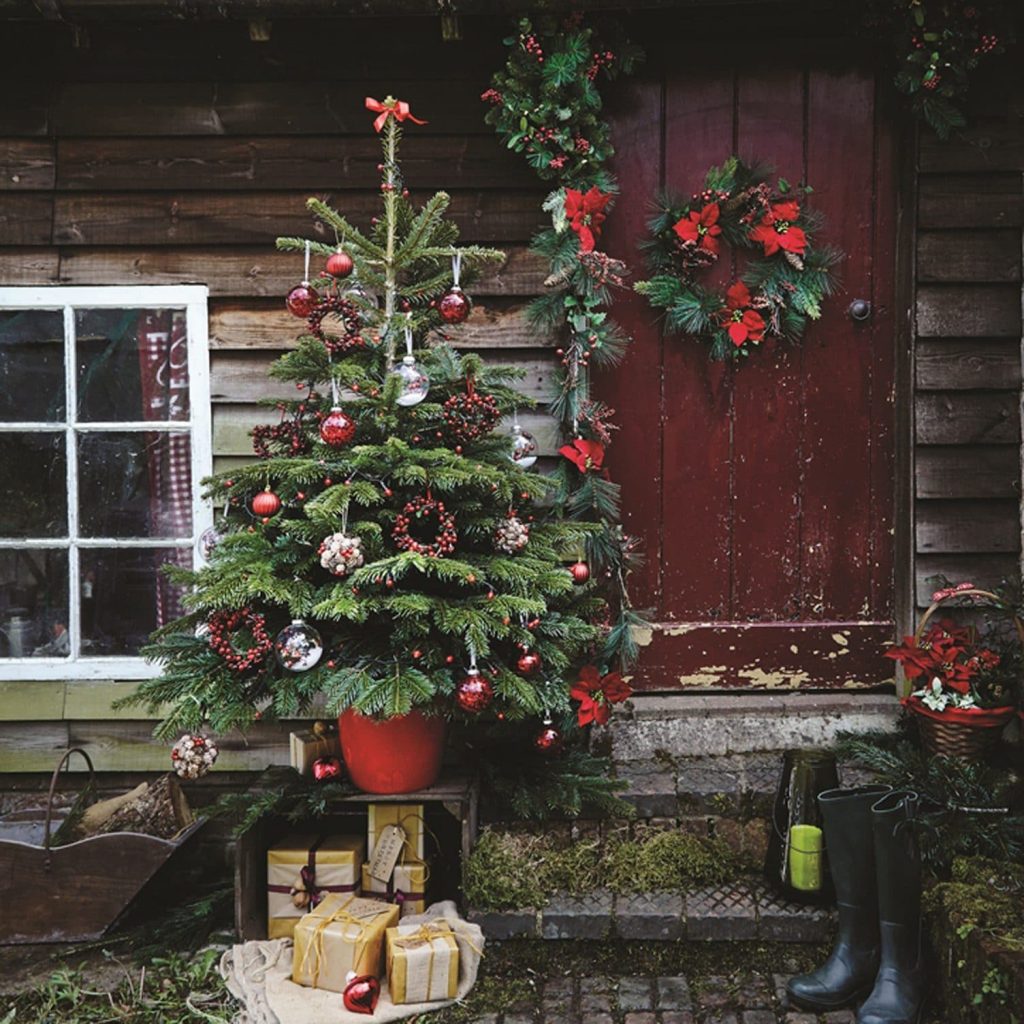 EVERYTHING stops dead when we have heavy wind and rain, and most people would agree that we are happy enough when it is dry and cold, maybe even a little frost, as it is just a case of wrapping up and getting out and about. We might go further and say we are “Dreaming of a White Christmas” but in reality we would only like that to last a few days until the novelty wears off.

There is something beautiful about seeing a landscape with snow all around, either on film or on a Christmas card and it is something that touches us as a desirable aspect of the past, which we would like to have again. There are many such aspects of the past which occur from time to time and sometimes we try to recreate these in our present lives, just for the fun of it and to share with the younger ones, that magic which we had in our youth.

For as long as I remember those outsize lit up Christmas decorations in gardens and roofs were confined to films showing life in America and were quite alien to us until the ‘Celtic Tiger’ reared its head and suddenly there were many such displays all around the country. With the recession that almost died out but we are now seeing a small resurgence and I must say they are colourful and still attract onlookers who stop on the roadside to admire them.

We planted a number of trees and shrubs near the house, on which we attach some simple white lights connected to a power source with a timer.  Some plants lend themselves to this type of decorating and they include the evergreen holly and maybe a dwarf growing Christmas tree such as a form of the Korean Fir but they can blot out some of the lights and therefore the trees with bare branches are better such as maples, birch and even fruit trees.

The holly is great as it is attractive all the year round but gets propelled into a prime position towards Christmas and this is on account of its berries. Of course birds love to eat them, and always just before you want to pick some sprigs for decorating and therefore you have to keep an eye on the crop and pick them when you see the birds starting to take an interest, which is usually in late November.

We grow our own holly as it is much easier than hunting for some in the countryside and place the picked branches under nets on the lawn where the birds cannot get them. When planting holly have one male plant at least and then plant as many female (for berries) varieties as you wish. ‘Alaska’, ‘Golden King’, ‘Handsworth New Silver’ and ‘Madame Briot’ are all female with one of the best males called ‘Silver Queen’.

I have mixed feelings about ivy, and I would love it better if it did not spread so energetically around the garden, instead of confining itself to a few old tree stumps or outside walls where it will benefit wildlife and also provide me with some material for our indoor decorations. The native ivy can have two different forms when it grows, and the most common growth is where it spreads with long strands but at times where it comes to the top of its support it will morph into a bush with quite different foliage interspersed with round green flower heads. The variegated versions will do the same and if you like some then choose from these three different types  ‘Gloire de Marengo’, ‘Sulphur Heart’ and ‘Dentata Variegata’.

I should like to wish everyone a ‘Happy New Year’ and hope it is a good one. I would also like to thank all those who have contacted me with comments and questions during the year and it is always welcome to have feedback on any related topic.

Rhubarb can be planted from now on until about the end of February and old established plants can be rejuvenated by digging them up, splitting them into 15cm (6”) sections and replanted into a new plot where they should grow on strongly.  The variety ‘Timperley Early’ is still the best and longest lasting variety to get.

Pruning of some plants is confined to a short period of time, and in this case grape vines and kiwi fruit should be pruned within the next three weeks, otherwise they might start to lose sap which can weaken and kill the plant if too much moisture is lost. The only other pruning we do now is to those plants that are top heavy or look like they might break off in a strong wind, and cutting some branches and limbs will reduce that risk.

GREEN FINGERS: Fruiting plants will add to your garden enjoyment

GREEN FINGERS: Enjoy gardening without being a gardener