A 26-YEAR-old man with 18 previous road traffic offences, including a 10-year driving ban in 2016, received a suspended five-month prison sentence at Waterford District Court, having been detected driving on the Old Tramore Road last July.

Garda Lane told the court that Malone had been brought to court under Section 38 of the Road Traffic Act for driving while disqualified: an initial 10-year ban was imposed on May 17, 2016, followed by a further 10-year ban issued at Wexford District Court on November 15 last. In addition to his 18 road traffic offences, Malone has a further six offences for driving without car insurance.

Defending Solicitor Hilary Delahunty said that his client’s 2016 ban related to offences committed on the same day in 2012, with the second ban dating from offences on February 8 and April 28 of 2015. Mr Delahunty told the court that Malone “hasn’t offended at all substantially since 2015 and that almost five years had passed since he had committed an offence”.

Now entering his late 20s, Malone is “a different person than he was” at the time of such offending, Mr Delahunty contended. With regard to driving without insurance, the court was told that “there had been no particular injured party” arising from such offending, while “no individual or organisations” had been negatively impacted upon due to Malone’s actions. There had been “no dishonesty” on his client’s behalf, Mr Delahunty claimed, nor had there been any aggression or violence despite “an utter disregard for the law”.

David Malone, the court was told, was the father of a five-month-old child that he cannot see at present, something which is “driving him crazy”. He has also experienced difficulties with anxiety and depression “over a number of years”. Judge Staunton was told that Malone has “always worked”, be it in different guises as a landscaper, along with gardening and general maintenance.

Mr Delahunty described Malone as someone who “clearly had a lot going for him while there had been things holding him back”. His client was supported in court by his father, partner and brother, Mr Delahunty stressed, all of whom were worried about him.

The bravado and “sense of devilment” demonstrated by some men in those actions which lead them to court are not so readily evident when brought before a Judge, Mr Delahunty stressed. “This is a delicate time for Mr Malone… and I’d be worried about Mr Malone facing imprisonment just as much as his family would”. Mr Delahunty sought to have sentencing adjourned for a year subject to his client interacting with the Probation Service in the hope that the court would “tender a punishment with mercy”.

In his ruling, Judge Staunton noted Malone’s previous offences and noted that he was not before the court “on an old matter”.

He suspended Malone’s five-month sentence for two years, ordered him to engage with the Probation Service and also disqualified him from driving for a further four years. Any breach of those terms within the next two years will lead to Malone’s imprisonment, the Judge stressed. 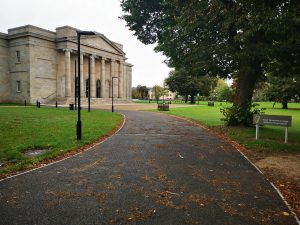