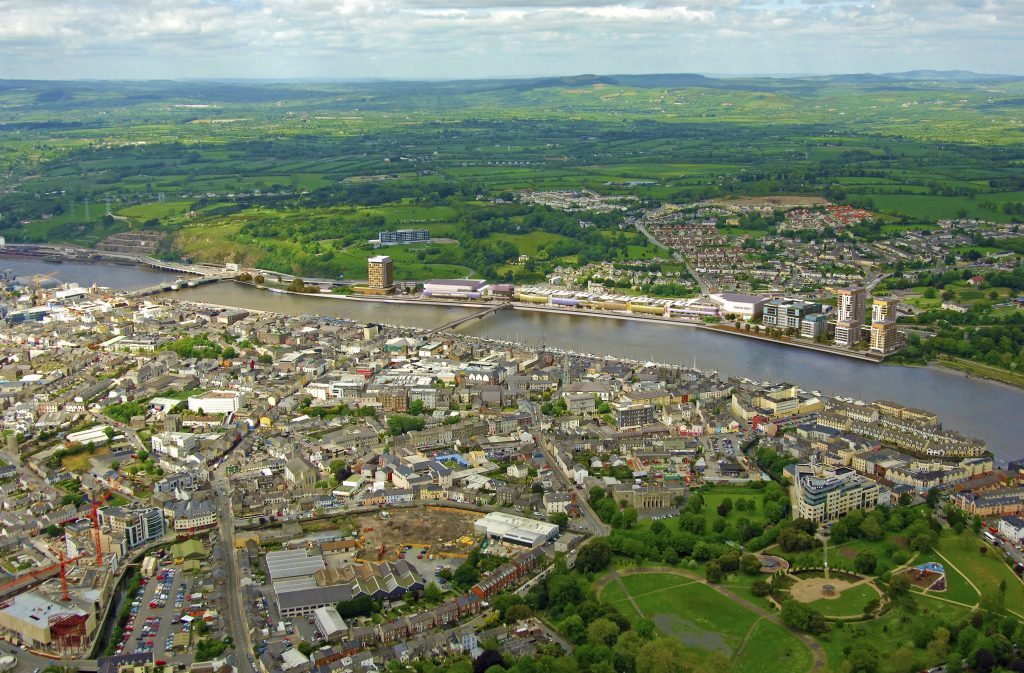 THE planning application by Falcon for the North Quays is a step towards a different future for our city. It gives the whole community a lift heading into the darkest season. The shortest day of the year fell last week and in the words of the wits, “there’s a stretch in the day” already. I might mention that this column initially started on the basis of a fair deal, a fair share for Waterford. Openness and transparency are the watch words. Economic survival has not always been easy considering the political forces ranged against us. But 1100 years of survival, and very often just survival, creates a certain resilience. It’s that characteristic that has kept us going. No one knows what will happen with the North Quays or the massive developments planned around them. Presumably when work starts, it’s going to be a long term programme. The company can hardly wave a magic wand and deliver everything in just two or three years, can they?

Decisions in Ireland are often made before public announcements. Government reports and reviews are stacked with people with a vested interest in delivering something to their own bailiwick. We have not really “done” politics well in this part of the world, other than with Martin Cullen, and we have paid for that failure, but the internet and social media has one great benefit, which is that information is accessible. Politicians cannot hide information, as league tables of spending and investment are there for all to see.  People now know what’s going on.

‘Tenacity by the developers and the local authority and in particular by council CEO Michael Walsh and some of our public representatives, have driven this huge project to its present stage.’

When this column started in 1985 it was a matter of going to the Stationery Office in Molesworth Street in Dublin to buy whatever report affected us. Information was scarce and difficult to access. Often decisions were made before the public at large even saw reports. The cake was cut and inevitably we were on the receiving end for crumbs. Now at least we know, if we care to, what is going on.  This has had a profound impact on people in Waterford in recent years and has led to a great unhappiness with how our ancient city has been treated. We never voted, or indeed were asked to vote for a system which enriched Cork, Limerick and Galway and reduced us to some peasant backwater.

The North Quays and government’s attitude and promises around it have shown the way a project, supposedly supported by government as part of its National Planning Framework for Ireland 2040, can be delayed and obstructed. Tenacity by the developers and the local authority and in particular by council CEO Michael Walsh and some of our public representatives, have driven this huge project to its present stage. It remains to be seen how things pan out and how government support which is vital in providing necessary infrastructure on the North Quays, will develop, but at least the project is live and moving forward. As we move into Christmas and hopefully a better New Year, we can all be proud of that. Whatever else we might say about our city, effort is not found wanting.

The opening of the new oncology single bedrooms in the Dunmore Wing of UHW marks a massive and positive move for cancer patients. It’s often forgotten that UHW is one of only eight national cancer centres, even if it rarely has been allocated national resources on that basis. The new wing hopefully marks the first step toward a more equitable distribution of resources.  The opening of the new Palliative Care unit in the same building also gives us hope that a better future lies ahead for UHW.

At the time of writing we still await details of a contract signing for the proposed and long overdue new mortuary building. People on all sides have assured me that this is just a formality but we have long learned with the HSE that delay, when it suits certain parties, is a common tool where investment in UHW is concerned. Hopefully, by the time this article appears in print the matter will have been sorted, if only to give credence to present UHW management.

For whatever reason though, money seems to be finding its way to UHW at last. It may be a pre-election stunt.  It may be a national policy realisation that UHW is invaluable to acute medicine in Ireland. It may be that the influence of the SSWHG management over the hospital budget has declined as more clarity is brought to “money follows the patient” and Activity Based Funding.

The HSE National Service Plan for 2020 lists the development of a second cath lab amongst its capital developments, it being designated to be fully operational in the first quarter of 2021. Hopefully that target will be met. The present cath lab is to be fully upgraded and refitted in early 2020 and that would mean we will, all things going well, have two new cath labs on site in 2021. It is interesting that the second cath lab is listed as costing €2.6m in HSE plans. It is amazing that such a small sum, in the context of a €17 billion budget, is allowed by any political party to cause such public, regional difficulties. We still don’t have it, but maybe good sense has prevailed somewhere? Maybe politicians listen to effective protest? Above all the system must be convinced that Waterford will not allow itself to be “declined”. We will not go quietly into the night!

It was sad to hear that Paudie will not contest the next general election. Anyone who heard him on WLR must have reflected on the man’s dignity and honesty. Regardless of what he says one would have to believe that the decision by FG to run three candidates in this constituency must have affected him, although it is also easy to understand him when he says that he has lost interest after 20 years at the coal face.

Failure to elect him in 2016 cost Waterford big time. He had the interests of Waterford city at heart.

His ministry of state lumbered him with responsibility for Irish Water and the Property Tax and he did not shirk that responsibility.  The red hair and the strong chin marked a man of character and determination. Many believe, this writer among them, that good water is a very scarce resource and must be paid for. That’s an argument for another day which will eventually resurface in time. Paudie’s position on Irish Water cost him dearly in Waterford as did the failure of government to deliver a second cath lab as an indication of willingness to expand UHW cardiology.

Taoiseach Leo Varadkar was the Minister for Health at the time and had just delivered a second cath lab to Beaumont hospital in Dublin, a non-emergency heart attack centre.  A few hundred votes separated Paudie from his FG colleague John Deasy who was elected as a TD. That was a political mistake for which we paid dearly. Promotion to the ministerial ranks is never certain, but with Enda Kenny as Taoiseach, Paudie Coffey had a great chance had he been elected in 2016. That is all in the land of might have been and could have happened. People clung to Deasyism with results we will regret for years to come.

Paudie Coffey is a decent and honourable man who always worked in the best interests of Waterford city and county.  He tried his damnedest for a proper boundary extension only to be thwarted by an awful decision by FF’s Mary Butler to publicly state she would vote against it! When the North Quays come to fruition we might remember that Paudie Coffey was the man who drove its Special Development Zone status forward.

The Minister for Transport Shane Ross came to town last week reassuring us that everything is on target for the runway extension at Waterford Airport. The Government approved €5 million funding last June, with the remainder coming from private investors. Minister Ross met airport management. His only public comment was that, “I was down here for an update; John Halligan asked me to come here to see the port and airport, it went very well indeed. I was very pleased to see and to hear from them that they’re on target, and that the funding from our point of view is secure. Everything is bang on. There’s no real new information except I think they’re managing to acquire the land, and the application for planning permission and on all that will be on time.”

Ministers always come to Waterford with their hands hanging. Last week the same minister announced a multi-million Euro package for three other regional airports. Maybe we have to wait until planning permission and Compulsory Purchase Order activity is complete before we make judgement on what will happen with government funding for our airport. There is a sense, like everything else bearing on the economic future of Waterford, that it boils down to political pull. Given that there is likely to be a general election before the proposed works to extend the airport runway actually happen, it’s possible that Minister Ross will no longer be in post, or indeed in a position to deliver anything to Waterford.

Interesting, in the light of a forthcoming Brexit, to see UK hardware company Screwfix opening a new branch on the Tramore Road. If we are to believe the national media publicity then Wetherspoon intend to develop their proposed new Waterford pub in the early part of 2020. Will we see more UK companies coming here looking for business opportunities in light of a separation of the UK from the EU? There certainly has been movement into Dublin and elsewhere of companies in the FinTech space. We really need to step up our offering in that regard. Meanwhile, depending on incoming newcomers to develop facilities in Waterford city is not a viable option and one hopes that the first thing we will see in early January 2020 is a move by Frisby Construction to commence work on their proposed redevelopment of the former Waterford glass offices.