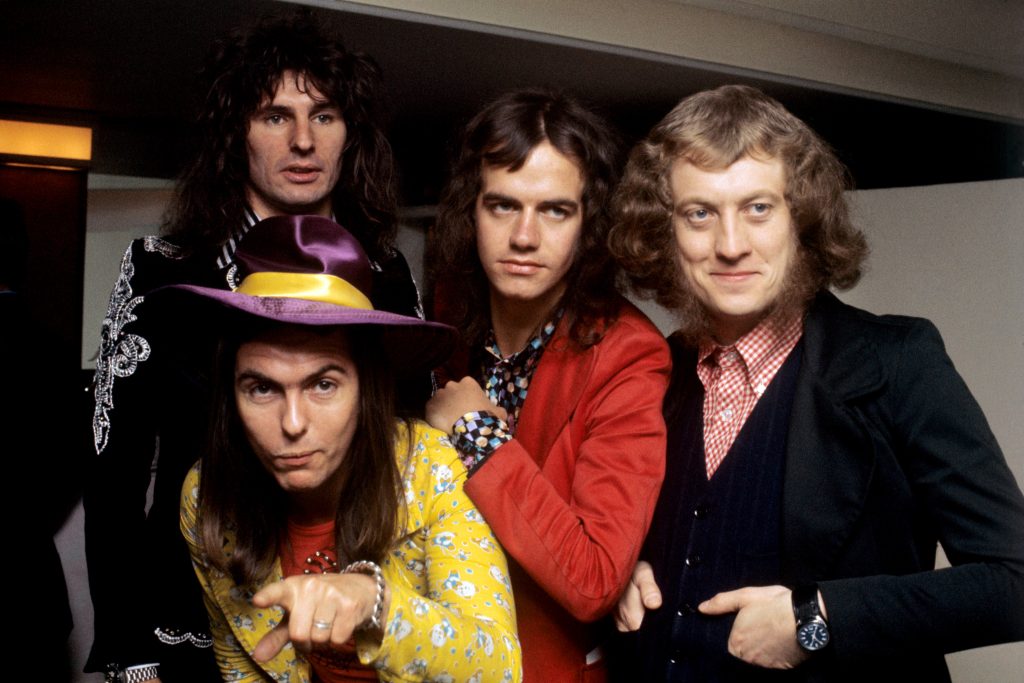 IT’S hard to imagine in 2019 that back in the early 1970s there were precious few decent tunes to be enjoyed. It was 1973 when the first of what we know as the annual favourites, started to appear. As an eight-year-old back then, I remember very little of that far off year. A skin headed Jimmy Barry Murphy and Cork won the All-Ireland in Football. Ireland joined the EEC, later the European Union. Erskine Childers succeeded Eamon de Valera as President of Ireland and Bruce Lee, martial arts hero and movie star died aged just 32.

I don’t recall if the preceding Christmas periods were just about singing carols and the odd ditty like “Jingle Bells”, but pop anthems were few and far between. All that was about to change and 1973 threw up not one, but three festive belters that we still very much love today.  Elton John released “Step Into Christmas”, Roy Wood and Wizzard gave us, “I Wish It Could Be Christmas Everyday”, and there was another tune that was about to grab hold of us, creep in to our brains and stay there forever more most likely.

‘Yet no one could have imagined what would happen next. The song took off like a rocket and the success was simply staggering. Slade went straight to No. 1 in the UK and in Ireland too, selling more than 500,000 on pre-orders. On the first day of re-orders another 400,000 and it went on to do a million over two weeks. It stayed on top until the end of January.’

Hailing from the Midlands in England, Slade were a big name on the pop scene in ‘73 and had two number one hits already that year. The third chart topper though would put the others in the shade historically and in the process exceed their wildest imaginations. Enter “Merry Christmas Everybody”, a tune that would become a staple of radio and TV for decades and net the band a king’s ransom. Every year since 1973, we sing it, dance at parties to it, all the while, the song bags an estimated 500,000 pounds sterling plus annually in royalties.

So how did this yuletide classic come about? For the genesis of the hit, you have to go back all the way to 1967. Going under the name the ‘N Betweens’ at the time, Noddy Holder, lead singer, had the germ of a song which he named “Buy Me a Rocking Chair”, but it was more or less abandoned. Thankfully, bass player Jim Lea had a good memory. Fast Forward to 1973 and he recalled the tune. Part of it ended up in a new song they worked on, some of which came to Jim while in the shower. Noddy, meanwhile, after a few beers in the local, had a few ideas and presented them to Jim a day later. He liked the lyrics and the ball was duly rolling. Funnily enough, it’s on record that Jim Lea’s Mum in Law had said to him the year before, wouldn’t it be great if they wrote a song that could be played every year!

Next up, Slade were U.S. bound and while on downtime during the tour, they hit the studio in a rather hot and sticky New York August, baking, as it was, in a heatwave. Noddy recalls that John Lennon was in the next studio and Slade borrowed his harmonium to play the opening chords. The first notes of the tune are in fact from said instrument.

Jim Lea remembers that for authenticity of sound, the lads went out in the corridor to get an echo effect so it would have that big sing song feel, much to the bewilderment of certain Americans who he says, “were walking past in their suits thinking we were off our rockers singing about Christmas in the summer”.

The record took longer than expected to make, one of the reasons being poor old Don Powell, the drummer. Sometime before, Don had been in a horrific car smash and had lost much of his memory.  So much so, he just couldn’t remember what he was doing and would forget what he was playing.  The lads got there though and although they felt at the time that the end result was a bit naff, producer Chas Chandler swore it would be a number one hit. Mind you, Noddy was spot on and stated, “Once I got the line, ‘does your Granny always tell you that the old ones are the best, then she’s up and rock and rolling with the rest’, I knew I’d got a right cracker on my hands”.

Yet no one could have imagined what would happen next. The song took off like a rocket and the success was simply staggering. Slade went straight to No. 1 in the UK and in Ireland too, selling more than 500,000 on pre-orders. On the first day of re-orders another 400,000 and it went on to do a million over two weeks. It stayed on top until the end of January.

Guitarist Dave Hill remembers, “It was phenomenal. They had to press records in Germany because they couldn’t do enough in England.” As incredulous as it might sound, apparently in 2009, PRS for Music announced that up to 42 percent of the world’s population could potentially have listened to the song.

Dave says he still gets asked for autographs today and kids know him as the “Merry Xmas bloke”. Both Dave and Noddy are on record as saying that the song was really to cheer up what was a grim and gloomy Britain of ’73. It was a year of strikes and ugly disputes and something certainly was called for by way of fun. The boys truly delivered a classic that sweltering summer.

I love it to bits even now. I enjoy hearing it year on year, playing it on radio and just occasionally getting silly to it at a party or night out. Why not? It really wouldn’t be Christmas without it at this stage.  People have all kinds of memories attached to it and it’s a pop treasure.

Noddy calls it his “pension plan”. You’ve earned it Sir, I’ve no doubt we will still be bopping and singing along to it in 20 years’ time. Thank you Slade and Merry Christmas everybody. To you and yours, I hope you have the best one yet. God Bless.

TIME OUT WITH TIMMY: My Tube