Bunkers Hill leak to be addressed 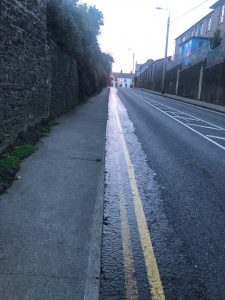 AN illegal water leak, which has been flowing down Bunkers Hill for over 30 years or more, is finally being addressed. Sinn Fein Councillor Jim Griffin has raised it on a number of occasions in Metropolitan meetings and last week Director of Services Fergus Galvin said that it emanated from a private property so they can’t “go in and get it sorted”. They said they were very much dependent on the owners of the property to cooperate with them. Mr Galvin added that any liability up there was the responsibility of the property owner because it was “illegal to allow water to leak onto a public footpath or road”. This leak has been in existence since Waterford News & Star reporter Darren Skelton was attending primary school in Mount Sion – and that wasn’t yesterday or the day before.