Coffey looking forward to a life beyond politics

“I felt a two candidate strategy in Waterford was best for Fine Gael.”

PAUDIE COFFEY is looking forward to the challenges his post-political life will bring. Speaking to the Waterford News & Star, the Fine Gael Senator said the decision to remove himself from the party’s general election ticket had come as a surprise to his family.

“Even Suzanne (his wife) didn’t know until I’d made the decision,” the Portlaw native said. “Now she would have sense a bit of a shift in my drive and commitment towards (the election campaign and politics in general) it – but I genuinely didn’t know what decision I’d come to until (Monday, December 22). I was fighting it in my head, I was hoping that the spark would re-ignite and that everything would get going again but it wasn’t happening. I’d say what made me arrive at the decision was that it was coming close to Christmas and it was getting closer to the election period and I just felt I needed to be upfront with people. I didn’t want it to drift into the campaign and then pull out. I wanted to be fair to the electorate and to the people that selected me and also to the party to allow them to plan for the future.”

When asked if the buzz had gone out of politics for him, Senator Coffey replied: “When I canvassed for the Local Elections, it actually came back to me a bit, when I was out with (sister) Mairéad and a few of the other candidates, it felt like it was coming back to me so it wasn’t necessarily that. It’s the overall commitment that it takes, I thought about all of that and just felt it just wasn’t for me anymore. I’m a 100 per cent person – I’m either all in or I’m not in and that’s the way I’ve always been – but I just knew in my heart and soul that I wasn’t 100 per cent about it anymore. While I enjoyed the cut and thrust of politics, the grá has gone out of it for me, the spark has gone out of it. It’s a hard grind and it’s something you have to be totally committed to. I was drifting towards other things, I was looking elsewhere, it was like a little magnet pulling me away from politics and elections and that’s what led me to this decision. I turned 50 as well this year and that probably formed part of my thinking as well.”

He explained: “When you reach 50, you start to look back, you start to look forward and you re-assess and re-evaluate where you’re at in life so that came into play too. It was slightly different for my father (the late Pat Coffey, a long-serving County Councillor) because he was living at home all the time he was in elected politics. I wasn’t given that I was away; Deputies and Senators in Dublin don’t have to sacrifice as much as Deputies and Senators in the country because once we go up to Leinster House each week, we really have to stay up there whereas they’re going home every evening to their own homes and their families. It’s a different experience; I’d be up in Dublin for two nights normally, Tuesdays and Wednesdays, often Monday to Wednesday if you’d meetings early on Tuesday mornings and when I was a minister it was a lot more, it was generally four nights a week. But it’s not just about being away either. I could get home on a Friday and there could be a Fine Gael branch meeting in Touraneena or elsewhere in West Waterford, I’d have the tea, the lads at home would only be settling in and I’d be taking off again across the county again. But the buzz I used to get from that is gone and I just wasn’t prepared to do that any longer.”

Did Fine Gael’s decision to run a third Waterford candidate in the general election come weigh heavily in terms of reaching this decision?

“The party’s decision was a three candidate strategy was the best option in terms of maximising the vote and that’s what was explained to me,” said Senator Coffey. “I said I thought it wasn’t. This was going to be my fourth election and I didn’t mind if it was going to John (Cummins) or Damien (Geoghegan) or whoever who’d on the ticket but I did feel a two candidate strategy was best for Fine Gael. We’ve proven that over the last number of elections so I was surprised when the party decided to add two candidates. I can understand why they did but to me it was another indication to me that maybe Fine Gael didn’t value my input as much as they should have had over the years. But I have to say that I was thinking about reaching this decision before a third candidate was added. The fact that the party had two other named candidates meant I didn’t feel as if I was leaving the party in the lurch either in making this decision.” 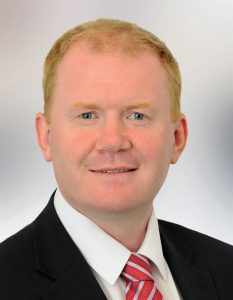 Since 1999, Paudie Coffey has been a Councillor, a twice serving Senator, a TD and Minister of State.