Park to remain in the dark 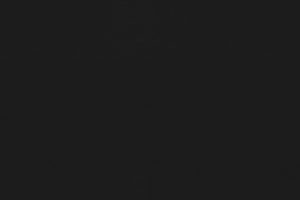 The amount of visibility in the People’s park at night..

THE lack of lighting in the People’s Park has been raised consistently in Waterford City & County Council’s Metropolitan Meetings for the past five years or more but councillors are still in the dark about when or if the council will ever shed some light on the issue.

At this month’s meeting, it was the turn of Fianna Fáil Councillor Jason Murphy to highlight the issue, which in previous years has been described as being both “dangerous” and “negligent”.

“I was coming out of Dungarvan yesterday evening and was impressed at both their park and their lighting,” Cllr Murphy said. “They have an amenity that can be enjoyed both at day time and night time. Meanwhile, the People’s Park becomes a no-go area as soon as darkness falls because you can’t see two feet in front of you. This is a situation that surely can’t be allowed to continue and it’s about time we put some money aside to provide adequate lighting that will make it a proper, safe amenity that can be used after dark for everybody.”

The park has been the scene of drug dealing and serious assaults in the past and the Gardaí have even made calls for it to be properly lit. Sadly, based on the response of the Council, it doesn’t look like it will be happening anytime soon.

“That’s a budgetary decision,” Director of Service Fergus Galvin said. “We costed it before, and although I can’t remember what the exact figure is I know we don’t have it in the 2019 or 2020 budget.”

In 2015, in response to a query from Independent Councillor Davy Daniels, Mr Galvin said that it would cost upwards of €200k to bring the park up to standard.

“This is a very serious issue,” Cllr Murphy told the Waterford News & Star after the meeting. “At winter time, it’s getting dark at 4 to 5pm and people walking through the park suddenly find themselves in complete darkness and having to turn on the lights on their phones to see where they’re going. This is the type of situation that unscrupulous criminals can take advantage of and I’m appalled that the council are willing to continue to take risks on people’s safety like this.”