Michael O’Connor on the way back to the Blues 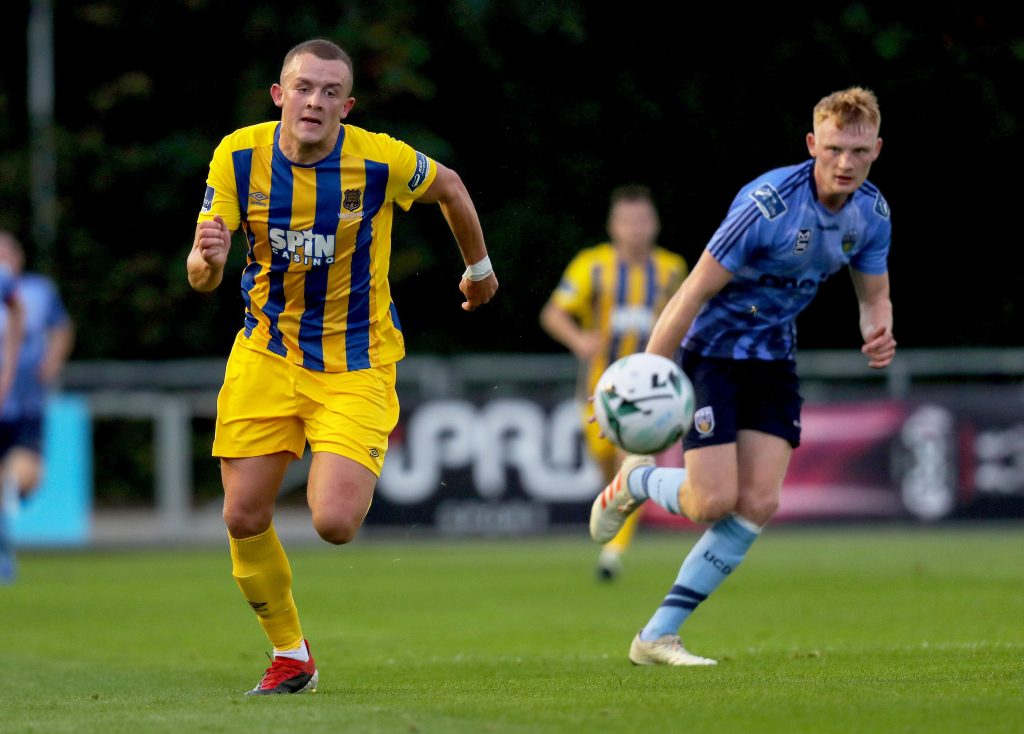 Alan Reynolds has brought another of last season’s Waterford FC team back to the RSC for the 2020 season with the signing of attacker Michael O’Connor.

The 21-year-old re-signs on another loan deal from Linfield after joining for the latter half of 2019 on loan from Irish League side.

Speaking to WaterfordFC.ie, O’Connor said he was looking forward to getting back to playing in the RSC. “I’m really looking forward to getting back into the RSC and playing my football in Waterford again. Everyone knows Waterford is a big club, so to get to play here again is fantastic. I really enjoyed my time down here last season. The club has a real professional feel about itself. The facilities are second to none. Between that and the fans, there is something very special about this club.

“I spoke with Rennie (Alan Reynolds) a couple of times over the last few weeks and he’s set out his plan for the coming season. He’s brought in some good players so hopefully, we can do the business when we get on the pitch. Last year was tough, but I’m optimistic about the coming season. We’re going to give everything we have every time we cross onto the pitch. Hopefully, I’ll be able to score a few goals along the way, but I see no reason why we can’t push up the table.”

Manager Alan Reynolds said he was delighted to secure Michael for the 2020 season. “Michael O’Connor is a fantastic addition to this club. Great to have around the place and at the tail end of the season we got to see the best of him. This year we’ll have a fit and hungry Michael O’Connor and I feel he’s the best striker in the league when he’s fit. People have knocked this young man but everyone here believes in him. The best is yet to come from Michael and I have no doubt we’ll see it this year.”