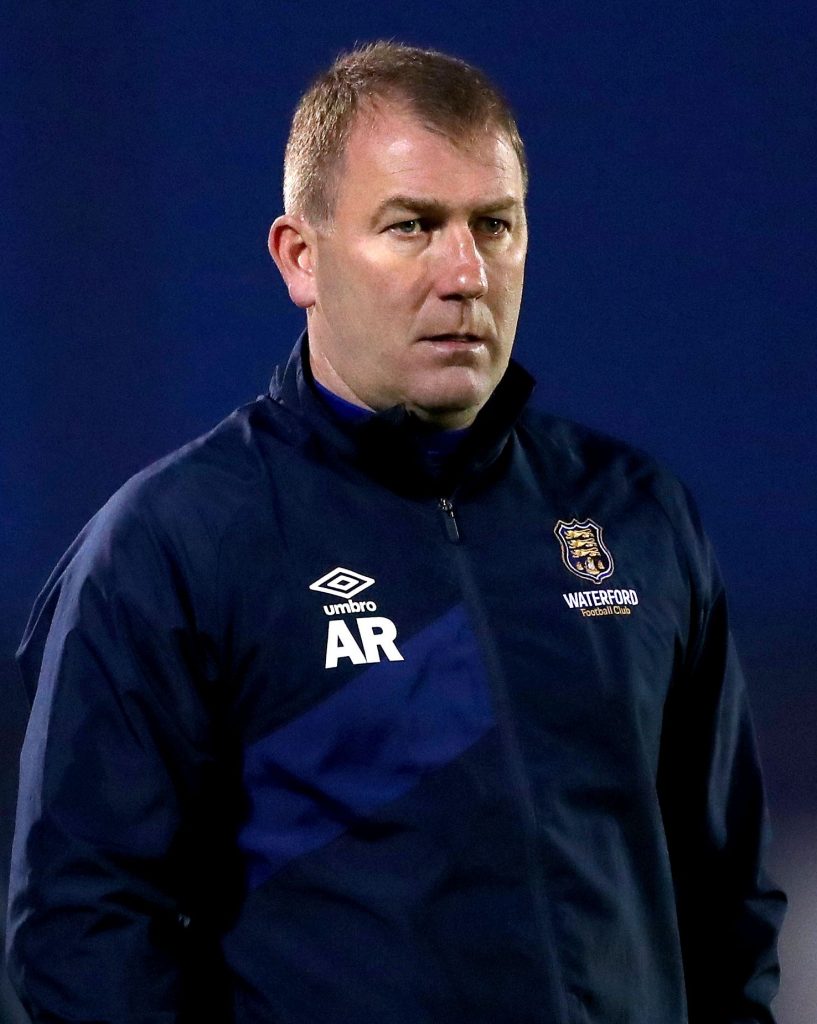 Waterford FC manager, Alan Reynolds, is delighted to bring back Kevin and Michael O’Connor to the RSC. Photo: Inpho.

Waterford FC will compete in their first pre-season game of the season on this Saturday afternoon when Alan Reynolds’ men will travel to IT Carlow to take on Wexford FC in what will be a first run out for many of the players ahead of the season opener on February 14 against St. Patrick’s Athletic.
After returning to pre-season on Saturday week last and with seven sessions under their belts, Reynolds will get the chance to see a number of the new faces in action whilst a large number of trialists will go under his eye in a bid to earn a contract for the 2020 season.
It’s expected that the Blues will add further players to their squad this week with the club linked to Republic of Ireland Under 21 duo Tyreke Wilson and Robbie McCourt. Wilson is currently contracted to Manchester City, while McCourt is also an Irish International, who played last season with Bohemians.
With Jim Crawford part of the backroom team with the club over the last couple of seasons, it’s interesting to see that many of these players are seemingly set to put their fate in Reynolds and the Blues to rekindle their careers, something that seeped praise from Zack Elbouzedi before his move to Lincoln City last month.
The Republic of Ireland star was full of praise for the Blues boss after his move to England and considering the tight budget restraints here in Waterford, it’s brilliant to see that many players have spoken highly of the Tramore native. It’s also expected that a number of experienced players could join in the coming months.

DOUBLE DELIGHT
Reynolds was delighted during the last week to secure the signings of both Kevin O’Connor and Michael O’Connor, with the former putting his faith in the Blues boss to try get his career back on track with the same to be said for the latter.
There’s no doubting that he is hoping that Michael O’Connor can prove his knockers wrong in his second spell at the game after joining for Linfield. “People have knocked this young man,” said the Waterford FC manager “but everyone here believes in him. The best is yet to come from Michael, and I have no doubt we’ll see it this year. I’m delighted to have him here and he’ll be a big player for us this season.
“He is a fantastic addition to this club as he is great to have around the place. I think that at the tail end of the season we got to see the best of him. This year we’ll have a fit and hungry Michael O’Connor and I feel he’s the best striker in the league when he’s fit.”
In commenting on capturing Kevin O’Connor on loan from English Championship side Preston North End, Reynolds said, “I’m delighted to have gotten Kevin on loan as he is a player that I’ve always liked. He’s a great player and he knows what this club is all about after playing here before. He’s been around the league for a good few years, and he’s still relatively young. I’ll be hoping he’ll be able to lead the younger players on the pitch, while still being able to run himself.” It’s exciting times for the Blues fans with season tickets still on sale.
It’s understood that the Blues are set to play Shamrock Rovers in a pre-season friendly at the RSC on Saturday, January 25 with a 5.30pm kick-off and they’ll be also in action against Cobh Ramblers on Friday, February 7, the week before the start of the season with the game fixed for Youghal with a 7.30pm kick-off.