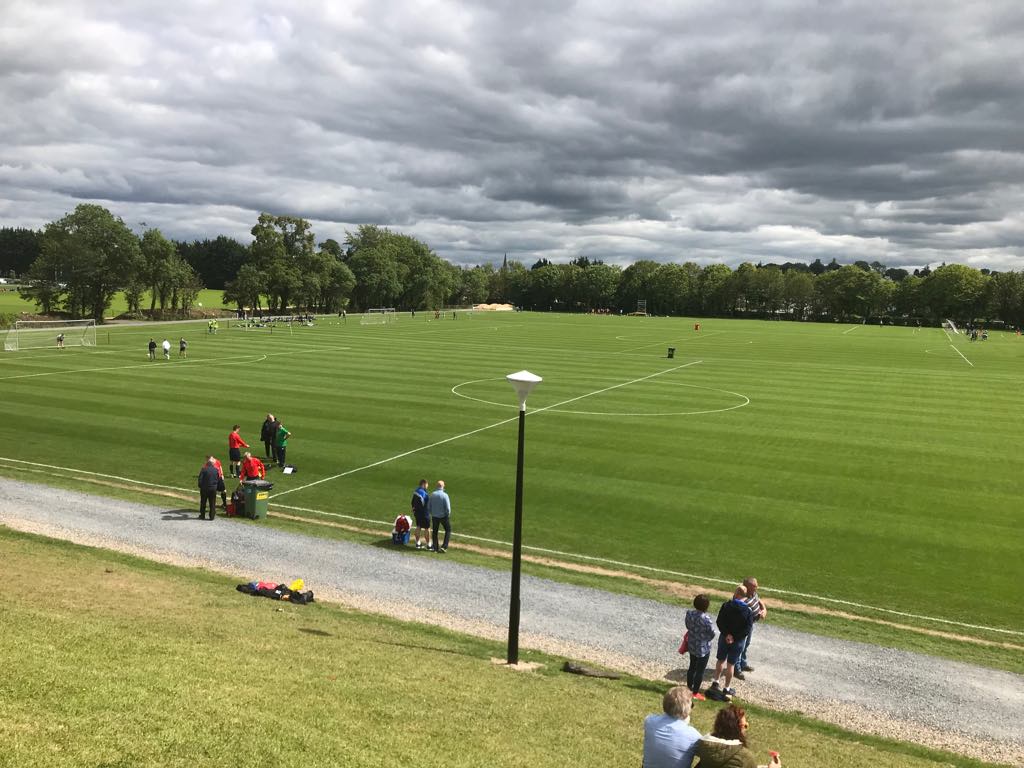 The University of Limerick in early June is where every U-14 schoolboy football wants to be.

The start of the New Year means that the New Balance SFAI Kennedy Cup is only around the corner with the 2020 renewal of the competition set to be played at the University of Limerick starting five months today, Tuesday, June 9 with the finals fixed for Saturday, June 13.
Although it’s widely expected that the Waterford Schoolboy League have secured a number one seeding ahead of the draw, which is due to take place in March, the SFAI wouldn’t confirm this when contacted by this newspaper recently.
SFAI administrator Simon Walsh confirmed that the leagues would be informed of the seedings prior to the draw, and despite these not been established yet, it’s understood that the WSFL did enough at the 2019 tournament to earn a top seed for 2020.
With all that in mind, it has been a busy time for team manager Nicky Denn, who has been handed the task of leading the Waterford outfit into battle this year as they hope to land a fourth title for the local league with the highly experienced boss confirming 18 of his 20-man squad in the past week.

“THE BEST AVAILABLE”
Commenting on his squad to the Waterford News & Star, Denn said, “I think that we’ve managed to pick 18 of the 20 best players available to us considering that we’ve lost players to the League of Ireland. We’ve 18 players at the minute, but we’ll be adding two players to that squad.
“The advantage that we had as a group was the fact that we’ve been involved with a lot of the squad for the past three years. We have four more players to chose two from for the final squad and the other two players will be on stand-by for the tournament in Limerick.
“I don’t think that it has been a tough decision for us because every year we’ve seen the best of the players around and that’s a big advantage for us. The one thing that we have noticed that some of the players, who weren’t probably physically strong enough last season have really stretched and grown. That’s a big help.
“I’m happy enough with how things are coming together for us. We still have a lot of work to put in before the tournament in June, but to have the squad nearly finalised will allow us to work hard with the players and I know that they are willing to put in the work as well.”
Nicky will be assisted in the coaching roles by Paddy Byrne, Johnny Dunphy, Paul Breslin, Sean Breslin and goalkeeper coach Dominik Wisniewski. His daughter Eleanor will be his head organiser and administrator for the 2020 tournament. We’ll have full details of the draw when made in March.