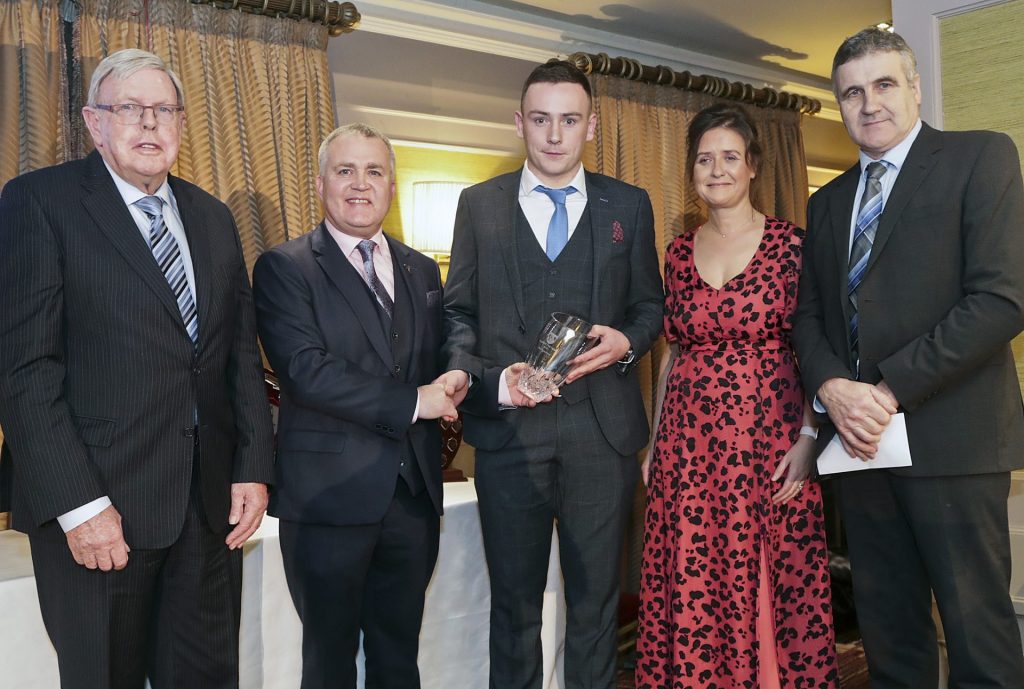 The annual County Board GAA Awards Banquet continues to go from strength to strength with an attendance of over 300 packing into the Lawlors Hotel ballroom for last Friday’s event.
There was a great atmosphere about the room with so many people being honoured for their great service down the years to club and county while on the night the announcement of the 2019 Club of The Year award and the Players of the Year awards for underage and adult hurling and football was eagerly anticipated with all of the nominated players well represented and supported.

BALLYGUNNER REIGN AGAIN
There were no real surprises in any of the categories on the night. The selection of Ballygunner as Club of the Year once again was anticipated on the club’s record breaking year that saw a clean sweep of underage hurling competitions as well as the winning of the Senior Hurling title for a sixth successive year. The other clubs in contention for the accolade were Ballysaggart, on foot of winning the Intermediate Hurling title for the first time and reaching the Munster Club final, Rathgormack for regaining the Senior Football title after a twenty year wait and Sliabh gCua/St. Marys on winning the county Junior Hurling title for the second time and also reaching the Munster Final.

BENNETT THE MAIN MAN
The big Ballysaggart contingent in attendance had big moment of celebration with the announcement of Stephen Bennett as Adult Hurler of the Year. Bennett’s selection ahead of fellow county players Pauric Mahony, Calum Lyons and Shane McNulty was hugely popular and fully deserved. As a county and club player the Ballysaggart marksman has been on the road without a break since January of last year and to the forefront for club and county. As well as spearheading his club’s drive to the Intermediate title he was Waterford’s top scorer between League and Championship last year while turning in some outstanding displays.

MURRAY’S BIG YEAR
It was also a great year for the Rathgormack club and like Ballysaggart they had their cause for celebration on the night with Conor Murray being named as Adult Footballer of the Year. Murray was outstanding on the inter county scene in Benji Whelan’s first year in charge that saw four victories in the league and was a leader in every sense as Rathgormack went on to take the county title. 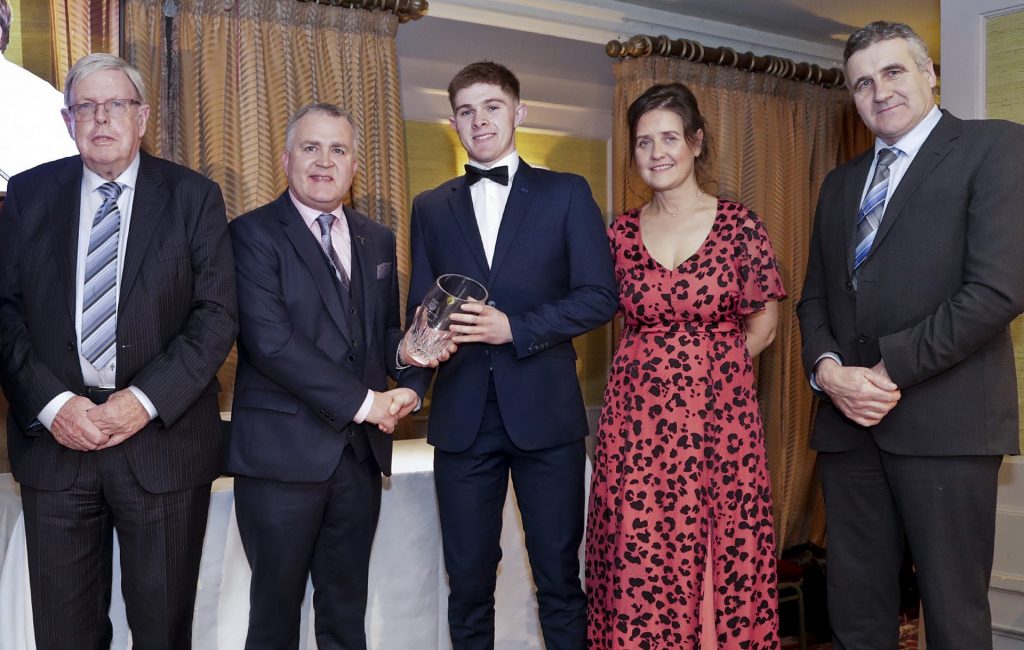 UNDERAGE STARS
The Underage Hurler of the Year title went to An Rinn’s Caolan Mac Craith for his outstanding performances on the U-17 County team as well as his displays for Gaeltacht when winning the County Minor Division 2 title.
Once again the Underage Footballer of the Year title went to Ballinacourty with Colin Foley receiving the accolade on foot of his performances for club and county.
Overall it was an evening of nostalgia with great servants down through the years and characters such as Eddie Cunningham of Tallow and Billy Tobin of Shamrocks to name but two of the many receiving long overdue recognition for service. 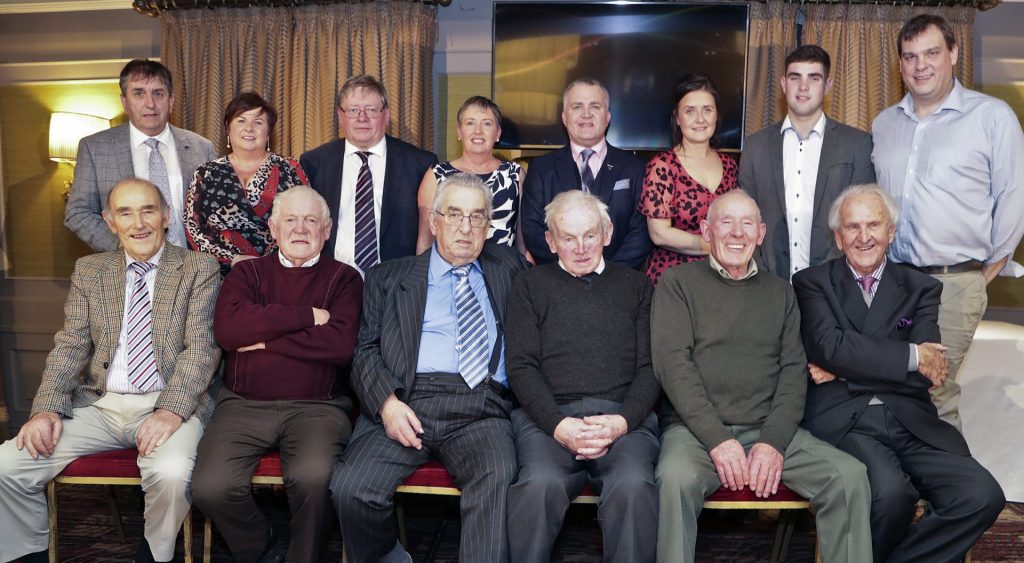 1959 STARS
The night however belonged to the survivors of Waterford’s last All Ireland winning side of 1959. Sixty years on. Of the nine surviving members of that group of heroes Martin Og Morrissey, Larry Guinan and Freddie O’Brien of Mount Sion, Tom Cunningham of Dungarvan, Mickey O’Connor of Cappoquin and Jackie Condon of Erins Own were in attendance while Abbeyside’s Austin Flynn, Joe Harney of Ballydurn and Mick Flannelly of Mount Sion were unable to be present.
All were interviewed by the genial Kieran O’Connor and each in his own way held the audience riveted with their memories of that great occasion intertwined with great stories and wit. To the majority of the attendance who would probably not have been born then these players gave an insight into what the winning of an All Ireland meant then to themselves and the county.
Overall a great evening of entertainment and reminiscence with the past, present and probably future of Waterford GAA all coming together.