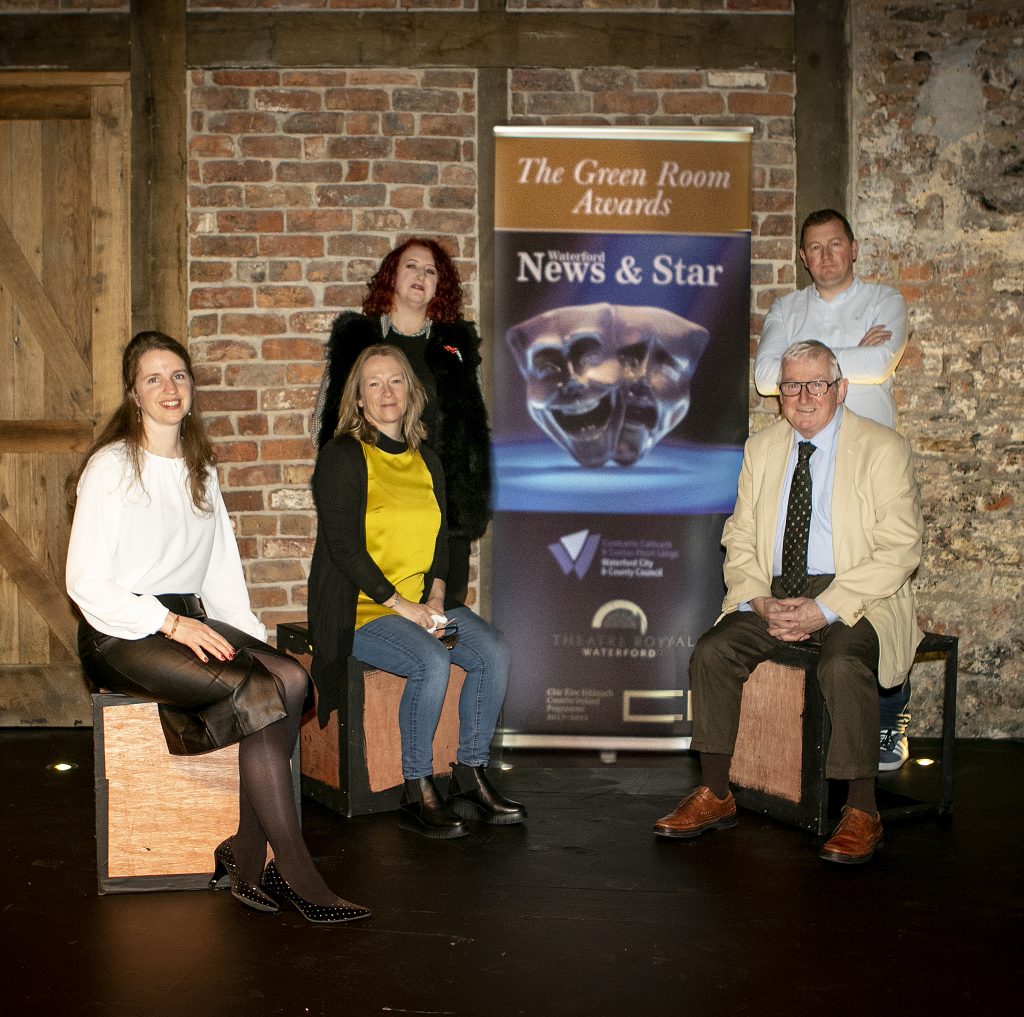 The Green Room Awards take place in the Theatre Royal on February 2.

ARTS Correspondent PAT McEvoy reveals our second tranche of nominees for the Waterford News & Star Green Room Awards, in the categories of Professional Theatre, Art, History and Outstanding Theatrical/Artistic Event of the Year.

The winners will be announced at the inaugural Waterford News & Star Green Room Awards gala event in the Theatre Royal on Sunday, February 2 at 8pm, featuring a spectacular variety show by the crème de la crème of Waterford talent, MC’d by Darren Skelton.

The awards celebrate the diversity, scale and quality of Waterford’s theatre and arts scene – professional and amateur, encompassing musicals, drama, comedy, choral, panto and much more, and all the roles therein.

Best Director in a Professional Play:

OUTSTANDING THEATRICAL/ARTISTIC EVENT OF THE YEAR

The Waterford News & Star are delighted to announce that the recipient of the Waterford News & Star Green Room Awards Bursary 2020 – with grant assistance of up to €1,000 for a person or persons involved in the arts/theatre – will be revealed at the Green Room Awards gala event. Applications are now open for this bursary, which is open to people with an involvement in the arts and/or theatre at any stage in their career.

In order to apply, download the application form and bursary guidelines and terms and conditions from the webpage https://waterford-news.ie/waterfordnewsandstargreenroomawards/, and send the completed application form, together with your CV, to the Waterford News & Star.

Waterford City & County Council, as part of the Creative Ireland 2017-2022 programme, are supporting the Green Room Awards as a way of celebrating the theatre, arts and culture in Waterford city and county and highlighting the quality and diversity of talent in our city and county.

The Theatre Royal is also delighted to be part of the inaugural News & Star Green Room Awards. Located in the heart of the Viking Triangle, the Theatre Royal plays a key role in the cultural life of Waterford City and County. The theatre works to contribute to the advancement of arts and arts education through the promotion and encouragement of cultural and artistic activities.