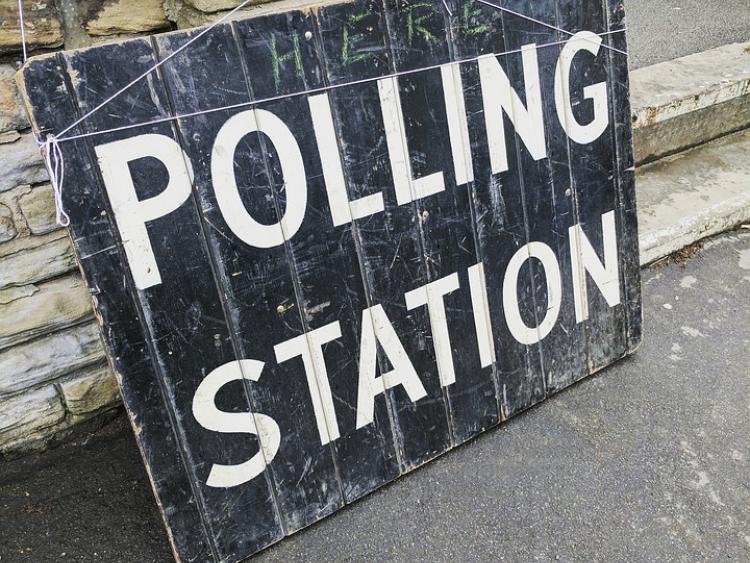 OVER the past nine years this column has tracked the shocking evisceration of Waterford’s city status by two Fine Gael administrations. Neither Enda Kenny nor Leo Varadkar proved to be men of their words in their promises to Waterford (“will not be forgotten” my ass!) and the South East. They systematically dismantled public services in the city, in UHW and WIT, and left the region struggling and the city angry and degraded. If we now reject Fine Gael’s Tweedeldee for Fianna Fáil’s Tweedledum what’s in store?

The city and region need the kind of hope that Martin Cullen brought. Cullen showed us how Irish politics really works and relentlessly sold South East issues to Dublin, rather than selling Dublin’s message to South East voters. The latter cost Ciara Conway and Paudie Coffey their seats.

Waterford’s commercial and civic forces lined up behind Cullen. He had a deep understanding of the issues he pushed.

Much of Waterford’s woes emerged under Fianna Fail administrations, failure to renew the enterprises in the region, failure to invest in healthcare, education and infrastructure. Michael Martin and Fianna Fáil have historically not been friends of Waterford or the South East. Cork saved Fianna Fáil in the 2011 meltdown. If FF regains the throne, Cork expects, with the corollary that no Waterford medical or educational agenda will be allowed to impact Cork? Has Martin’s wilderness decade made him think about being a Taoiseach for Ireland, Waterford included, or a Taoiseach for Cork?

‘It is good to see activists in the South-East working to achieve what Limerick has achieved. Universities are engines of social and economic development.’

There will almost certainly be a senior minister from the South East among the 15 in cabinet. Who might it be? Mary Butler has settled in her first term, but even if her strategy of tending rural Waterford brings home a running mate, it is still unlikely that she be on the front bench. She has demonstrated a limited understanding of core Waterford issues, such as the boundary extension, the North Quays, the M24, the university and the hospital. Even if she got a job, like John Halligan she is unlikely to know how to get things done. She rarely appears in national media and it is hard to see her pushing other strong Fianna Fáil women out of the way.

The other Fianna Fáil candidate on the Waterford ticket is Eddie Mulligan who appears capable of understanding a brief. Like Cullen, he has assembled commercial and public forces to support him. He makes all the right noises, but as a first termer Michael Martin would probably have him sitting quietly in the back benches. So a senior minister would come from the five seaters of Carlow/Kilkenny and Wexford that have traditionally squeezed Waterford out.

It is hard to see Michael Martin picking John McGuinness, a John Deasy style thorn in his side. Bobby Aylward, the latest of the formidable dynasty, is famous for his constituency operation, but rarely seen in the national media. He is unlikely to appear in the front benches. Senator Jennifer Murnane O’Connor has a chance of a seat in Carlow, but as a first termer would be behind Mary Butler in the jobs shake up. That suggests that Wexford will supply a Minister if the South East gets one. James Browne TD is a first termer and has not set the world on fire. Two others on the crowded ticket for Fianna Fáil Cllr. Lisa McDonald and Cllr. Michael Sheehan are unlikely to figure in their first run. Sheehan, based in the politically forgotten New Ross, has a deep understanding of the issues, but like Mulligan it is hard to see him cut through to the front bench on day one. By default it suggests that the recently elected Malcolm Byrne is currently favoured for the nod. This has huge risks for Waterford and the South East in general as he is Gorey based, orientated towards Dublin, closely associated with UCD. A cuckoo rather than a saviour? There is no current Fianna Fáil policy that addresses Waterford or the region’s issues. Their silence is deafening. Worryingly, a review of the personalities doesn’t give any optimism that the Tweedledums will be any better than the Tweedledees.

Rubbing our noses in it

Over the Christmas period news broke that the government was “donating”, €50 million to a new Cork city centre event centre. Presumably Mr Coveney, the man who refused Waterford’s boundary extension, having described us as only half a city, feels that Cork needs it, and why not? €9 million was spent without demur on a Galway picture house (Art House cinema in their parlance).  The words of Thucydides ring in the ears. “Strong cities do what they can, weak cities suffer what they must.”

The past nine years has been very difficult for Waterford. We have suffered at the hands of a Fine Gael party, which despite all the guff in the Ireland 2040 Plan, have written Waterford city out of the national equation. Members of that party may disagree with that summary, but in their secret thoughts, they must know that Waterford city has been hurt badly. We have been cast adrift from our peer cities.

The damage done by a council amalgamation which did not offer the people of Waterford city a chance to vote on government proposals (spawned by Phil Hogan and still manipulated by his FG colleague John Paul Phelan) has been immense. The financial Shylockery that took €3.5 million from the city council budget while expecting plaudits for reimbursing, for this year only, €2 million of that loss, would do justice to the worst days of the Ottoman Empire. The pot holed roads, battered streets, broken lighting, uncut grass and bent signage poles bears adequate testimony to a local authority in financial extremis.

Last week, five years after a proposed new mortuary was listed as a priority in the HSE Capital Building Plans, and received planning permission, construction started. From mid-April 2019, when the dead bodies on the floor story broke, it has taken eight months to get this small project going. This is to show cause to FG loyalists that Waterford matters to the party. I don’t believe it does. If planning permission is granted for the second cath lab in January, it will be final in mid-March, after which, mortuary experience in mind and HSE being speedy with the tender, it will take at least eight months to start work. Regardless of what FG says on social media or elsewhere, no-one expects work on the second cath lab in 2020.

The unpublished June 2018, “Review of Interventional care for acute coronary patients 2017” by Prof Kieran Daly, exposed by this newspaper, showed the extent to which UHW was being robbed. Despite doing fewer procedures than UHW, second cath labs were recommended for other hospitals like confetti. We were lied to, but the truth at least emerged. It now seems certain, given an early General Election, that despite three years of massive protest, and all the evidence for expanded cardiology at UHW, that Fine Gael candidates (two or three, it matters little) will go to the doors of Waterford in the expectation of being  elected to grace the back benches, with their hands hanging.

Following the news that the new Dublin Tech Uni is building a new €1 billion campus at Grangegorman, the gob smacking news that UCD will add a further 7,000 students (bringing it to 32,000) plus 6,000 new student bed spaces and the upgrading of the RCSI to full university status, came the stomach churning news that Dublin’s Fine Gael government will support a new €1 billion campus for TCD in Dublin’s docklands. The decades long campaign for university status for Waterford has gone unanswered by Fine Gael. Their motley promises for Waterford, while pumping money into Carlow IT, were exposed as sh*te.

A Waterford Taoiseach, for no one escapes their roots in Ireland, has waffled, even when overwhelming evidence showed great need. Not a penny spent on new WIT teaching space in 15 years and 25% reduction in budget. Even while south east students vote with their feet for WIT, a miserable Dublin Twitterati, aided and abetted by Waterford TD John Halligan, who is a minister in government, have literally urinated on our hopes and dreams. Announcements of 71 new degree places over two years at WIT are expected to be met with cheers, while Dundalk IT is simultaneously allocated 498 spaces. The apartheid is brazen.

Prof Stephen Kinsella wrote recently in the Limerick Leader, “Services are higher value added sectors requiring more complex skills much of the time, and these skills will often come from a period of further or higher education. A region like the Mid-West that lacked a university would suffer as the number of skilled service jobs rises. You can see this lack, particularly in the South-East, and how that lack is felt. It is good to see activists in the South-East working to achieve what Limerick has achieved. Universities are engines of social and economic development.”

Go and vote for whoever you like, but don’t tell us when we are getting a shit kicking later in 2020 that “we never knew, no one told us!”

Over Christmas I stopped the car at the Cork Road/Ballybeg traffic lights. Guests on board, cameras clicking merrily, pointed to the horrendous mess at Waterford Crystal and asked “how can that wreckage be tolerated, what is it?” It is the difference between house building and development.

There is always some level of demand for houses, but development is risk taking. Are we risk averse? Waiting for the miraculous “North Quays” to materialise is like waiting for Godot. When it happens, that project will have 1.3 million square feet of office, hotel, retail and residential space.

Meanwhile in Cork, the Examiner tells us that over 2 million square feet of retail and office space is being let or currently developed in Cork. Not a square foot of anything is being built in Waterford city centre.  The damage done in wrecking confidence in our home town, our ancient city, by Fine Gael over the past nine years, is akin to the destruction of Carthage by the Romans. Erased from the map? Waterfordia delenda est?