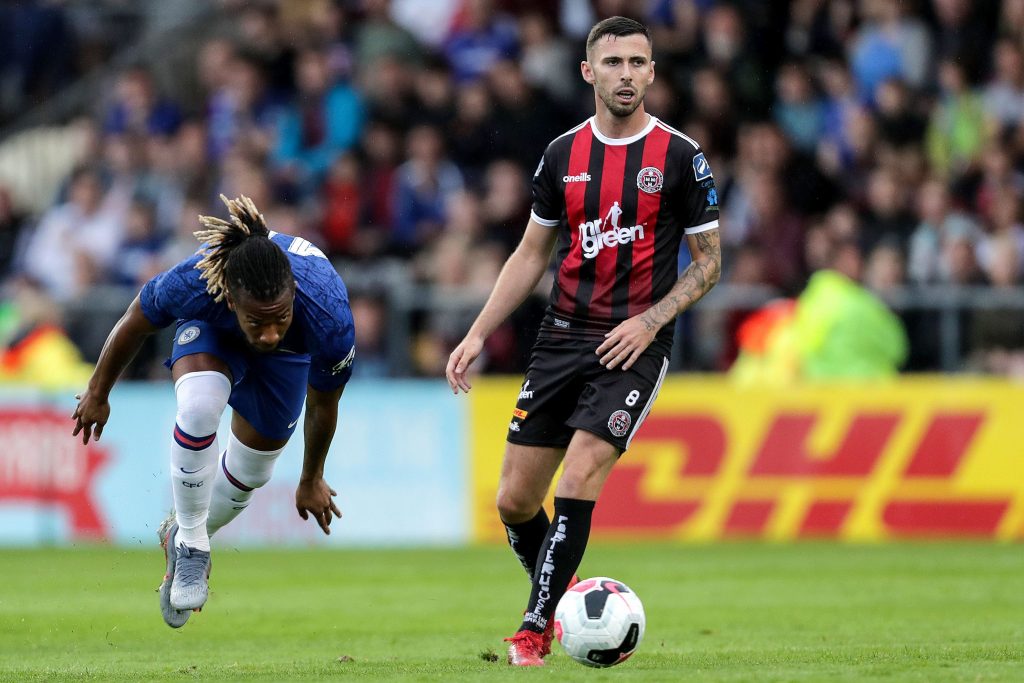 Alan Reynolds and Waterford FC have made an further addition to their squad ahead 2020 SSE Airtricity League Premier Division season.

Robbie McCourt, 21, was born in Dublin and played his schoolboy football with St. Kevin’s Boys before moving to West Bromwich Albion in 2013, where he spent five years before returning to play in the League of Ireland with Bohemians.

The Dubliner can play either as a central midfielder or as a central defender, and has been capped four times for the Republic of Ireland Ireland U-19s and has featured at U-21 level for Stephen Kenny

McCourt becomes the latest player to join Alan Reynolds’ squad ahead of the new season and is looking forward to getting back to playing football.

Speaking to WaterfordFC.ie; McCourt said: “I’m delighted to have gotten the call from Rennie. I can’t wait to get back playing and judging by his plans for the season Waterford is the club where I’m going to enjoy my football. I’ve never worked with Alan before, but speaking to people who have you know he knows what he’s doing. He’s already assembled a nice little squad here and I can’t wait to further add to that. I was down training today, and the bunch of lads here are great. Everyone seems to buzz off one another. Obviously, I played with Scott [Allardice] at Bohemians, and I’ve known Mick O’Connor since we were about ten.

“I’ve seen the facilities and they’re great. You walk into the dressing room here in the RSC, and it has the feel of an English club about it. It’s so professionally done. We drive in the morning and we have everything here. There’s such a top-quality feel to it here. Everyone here is already working hard, and eager to get going next month. We’re going to give it everything we have to get points on the board week in, week out and grab onto a European spot, if not go further.”

Also speaking after signing Robbie, manager Alan Reynolds said: “I’m delighted to get Robbie on board for the new season. He’s a great talent, who wants to prove some people wrong. He’s a strong, young player who fits into what we are trying to achieve here. He has an appetite to succeed here.”