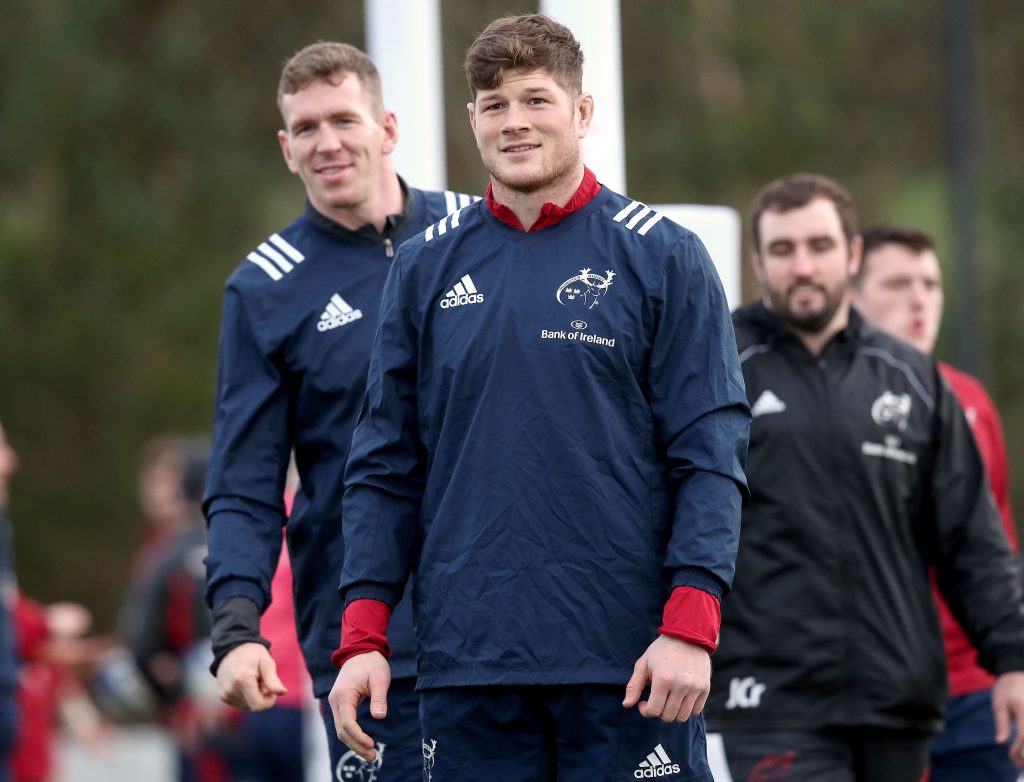 Woodstown’s Jack O’Donoghue has been included in the senior Irish rugby squad for the upcoming Six Nations.

The Munster back-rower has two senior Irish caps, with his debut coming against Canada at the Aviva Stadium back in November of 2016.

The Waterford man has been in brilliant form for the province this season and has played in all three back row positions for the men in red.

This was new Ireland head coach, And Farrell’s first Irish squad and he has definitely freshened things up. He has named five uncapped players in Ulster’s Billy Burns and Tom O’Toole and the Leinster trio Max Deegan, Caelan Doris and Ronan Kelleher.

There are recalls for Leinster’s Devin Toner, Dave Kearney and Ross Byrne, Connacht’s Ultan Dillane and Dave Heffernan and Ulster players John Cooney, Will Addison, Jack McGrath and Rob Herring who all missed out on Joe Schmidt’s World Cup squad in Japan.

Tadhg Beirne and Jack Conan, who were in Japan, missed out on this squad due to injury but Rob Kearney and Rhys Ruddock, who both saw plenty of game time at the World Cup are not included. Neither are other World Cup squad members, Sean Cronin, John Ryan, Niall Scannell and Jean Kleyn. Another surprising omission is Ulster centre Stuart McCloskey, who has been in super form for the Belfast based outfit this season.

The coaching group have also named four development players Ryan Baird, Robert Baloucoune, Harry Byrne and Will Connors who will train with the squad at the warm weather camp in Portugal and in the lead up to the opening game against Scotland.

Andy Farrell, Ireland head coach commented to Irishrugby.ie, “At the get together in December we challenged the players to put their hands up for selection and the coaches are really pleased with the performances in recent weeks.

“As we progress through the Championship we will look to select sides that we believe are best suited to the task at the weekend. We will keep a close eye on the provincial performances in the PRO14 not just for the players in the squad that will transition back for game minutes but also for those players that were part of the wider selection discussions over the past few weeks.

“We have appointed Johnny as captain for the 6 Nations Championships, you can see what it means to him and the enthusiasm he will bring to the role. He has been developing as a leader for a number of years with Ireland, Leinster and the Lions and he will be a positive voice for the group.

“The provinces are doing a great job in developing young talent and we feel there is an opportunity in the national set-up to support that work and get a better insight into some young players that have put in strong performances for their provinces. Ryan, Will, Harry and Robert will be the first ones to join the squad in this development role.”

Ireland open their 2020 Guinness Six nations campaign against Scotland at the Aviva Stadium on Saturday 1st February before welcoming Wales to the Aviva a week later on Saturday 8th February. Ireland’s final home game of the 2020 Championships is against Italy on Saturday 7th March. All three home fixtures are sold out.