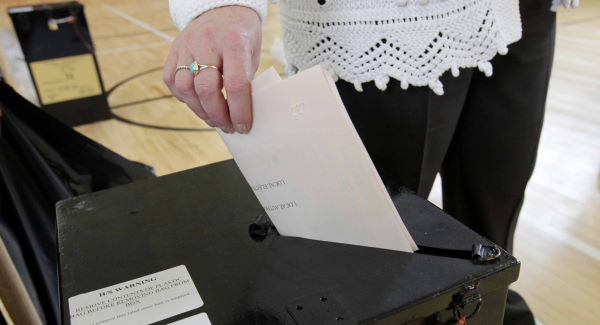 The Garda Síochána Ombudsman Commission says an investigation into allegations centering on the supplementary register in Kerry is still ongoing.

GSOC opened “a public interest investigation” into alleged irregularities in voter registration in Kerry in the run-up to the May 2019 local elections after allegations about irregular stamping of forms.

The allegations centred on the Killarney area.

Bundles of forms, possibly up to 200 additional voters, or voters who were changing address, were stamped by a garda in a Garda station without the presence of the voters seeking to be registered, as required, it was alleged.

Councillors in May spoke of other discrepancies in the electoral register with at least one councillor saying that dead people in his area in north Kerry were still on the register.

In May, the council formally wrote to Garda Commissioner Drew Harris calling for a full investigation into the supplementary register allegations.

A preliminary investigation followed by a full garda investigation got underway in late May which was then taken over by The GSOC.

The Garda Ombudsman yesterday said inquiries are still on going.

Now Cllr Brendan Cronin who led the call in May for the full garda investigation yesterday called on members of the public in Kerry to be “extra vigilant” in the run-up to the new supplement to the register.

Members of the public in Kerry who are not currently registered to vote can apply to be included on the Supplement to the Register of Electors.

The closing date for inclusion on this register is Wednesday, January 22.

“Following on from the claims made during the 2019 Local Elections regarding voter registration irregularities, I am calling on the general public to be extra vigilant,” Cllr Cronin said.

The councillor urged people “presented with voter registration forms that may seem to already have been pre signed and stamped”, to contact and inform one of the relevant authorities immediately such as Kerry County Councils Register of Electors Office, the returning officer, or their local garda station.