Christy Burke: ‘Only a matter of time’ before serous incident on Dublin’s Luas system 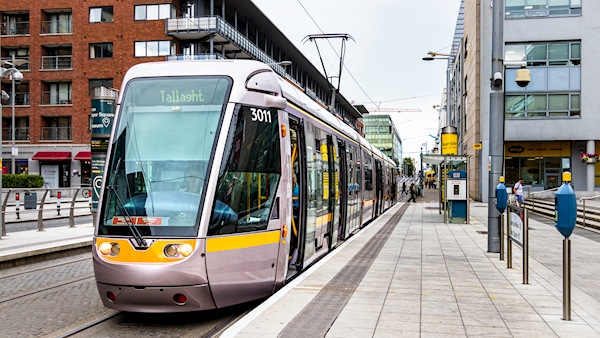 A chairman of one of Dublin’s transport watchdogs has said it is “only a matter of time before a catastrophic incident” occurs on any of Luas lines.

Former Lord Mayor of Dublin, Cllr Christy Burke has requested an urgent meeting with Dublin City Council senior management and the National Transport Authority on the rising number of “alarming incidents” occurring on the Luas system.

Mr Burke, who is chairman of the Transportation Strategic Policy Committee (SPC), slammed the fact that there are “no full-time marshals and security personnel” on Luas lines to stop serious anti-social behaviour. he said extreme overcrowding is “totally unacceptable” and “measures need to implemented immediately”.

Mr Burke made his remarks after a woman’s hair was set on fire by a gang of teenagers during a night of chaos on the Luas red line on January 11 while it was en route to Tallaght.

Many residents in Dublin’s south-central area are said to be afraid to use public transport following almost “daily occurrences” of anti-social behaviour and attacks in the area.

Luas operator Transdev has since apologised for its security’s “unsatisfactory” response time after a passenger’s hair was set alight by a number of youths who were also making racist slurs.

“Security is continually called after anti-social incidents but they need to be on the Luas trams full-time. There is no point calling them in after the event,” Mr Burke said.

Over crowding on the Luas, which occurs everyday, is also so dangerous. I mean, those with disabilities, young children and people travelling with buggies, are subjected to horrendous conditions.

“In the interest of health and safety, marshals need to control the numbers getting on to Luas lines. If the operation of Luas lines continues like this, it will only be a matter of time before there is a catastrophic incident.

“I want Luas senior management and representatives from the National Transport Authority to attend an urgent meeting on this very serious matter and implement changes immediately.”

In response, a Transdev spokesperson said: “Security arrangements are continuously under review and have been recently reassessed, particularly in light of recently publicised incidents of anti-social behaviour involving groups of teens in local communities along the Grand Canal close to Luas stops.”

A meeting is planned for after the general election.