As you were in the Eastern championships 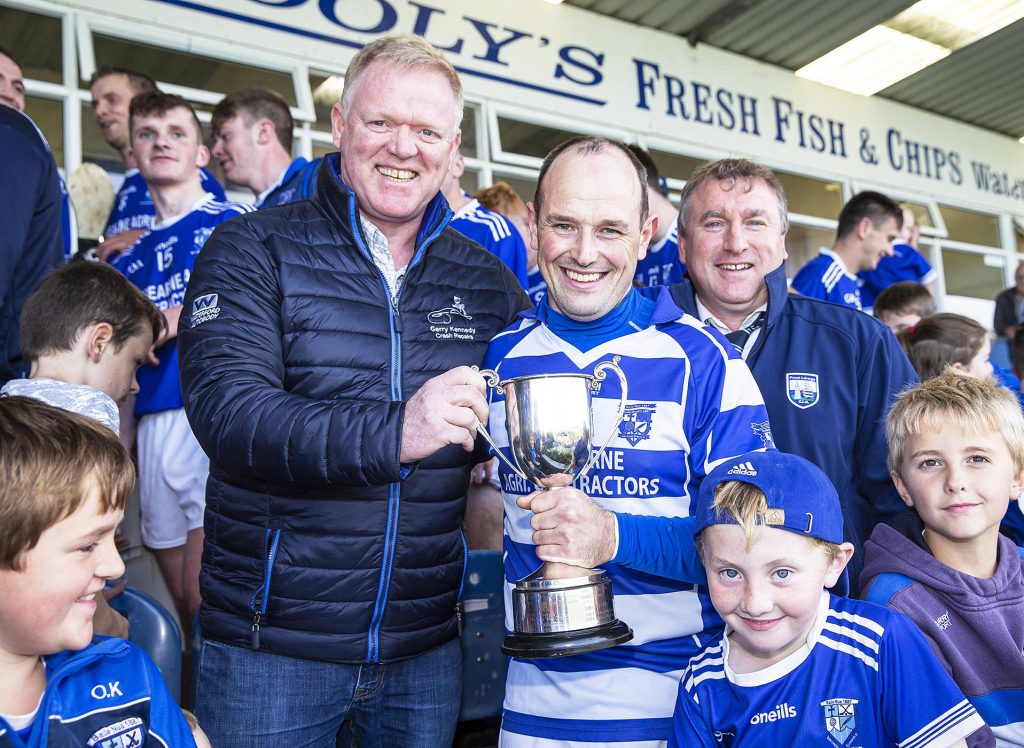 Championship sponsor, Gerry Kennedy, presents the cup to Ballydurn captain Richard Kirwan in Walsh Park after their 2019 Eastern Junior A Hurling final win. They will start favourites to retain their title in 2020. Photo: Maurice Hennebry.

The gradings and structures for the Eastern Hurling and Football Championships were finalised at a meeting in the Roanmore GAA Centre on Wednesday last with the line ups in all the championships very much in line with those of last year.
Despite losing a relegation playoff to St. Saviours last December St. Mollerans have retained their Intermediate status leaving the same eleven teams to contest the Intermediate Hurling Championship under the same system as last year.
The Intermediate Football Championship will consist of seven teams as was the case last year with St. Saviours having won promotion to senior and Ballyduff Lower moving up a grade as last year’s Junior champions.
The championships are set out as follows, all on a league system to decide knockout placings.

U-20 B Football. 6 teams – 2 Groups 3 Round Robin with top team in each Group in final.
Group A – St. Saviours, Clan na Gael, De La Salle., Group B – Ballyduff/Portlaw, Tramore, St. Mollerans.
On the question of the U-20 A Hurling Championships the Western Board have decided to run a divisional championship involving four teams, Abbeyside, St. Carthages, St. Olivers and St. Patricks/Naomh Brid. It is understood that the Eastern clubs – are seeking to have the County Championship run on an all county basis and a decision will be made by the County Board in that regard.