“He was a Rolls Royce of a defender” – Reynolds 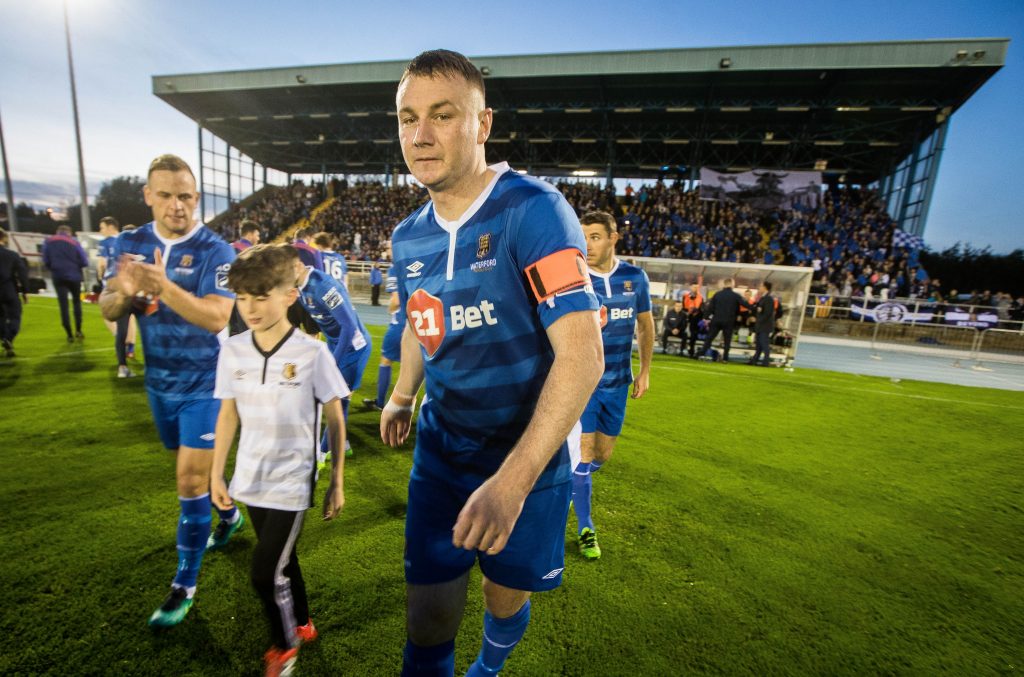 Waterford FC manager has described Blues great, Kenny Browne, as a ‘Rolls Royce’ of a defender on his retirement last week.

Waterford FC manager Alan Reynolds has praised Kenny Browne after the central defender announced his retirement from League of Ireland football recently. Reynolds gave Browne, who went onto play 380 times at the highest level, since his introduction to the game back in 2005.
Speaking on the news of Kenny’s retirement, Reynolds said, “I brought Kenny into the club and he took a bit of persuasion, but he was a great player. I sent him on loan to Kilkenny at one stage that he doesn’t take me for, but look I’ve said it to him before that he should have been playing at a higher level.
“He will be a massive loss to the game. I was with him at Cork, St. Pat’s, and I even managed to convince him to come back here to Waterford. I felt that there was a spell for two or three years that he was the best defender in Ireland. That’s how good he was and that’s a lot of praise to be giving any player.
“He was an absolute Rolls Royce and was good at everything. I’ve watched teams play here against Kenny Browne and they would put somebody standing on him so he wouldn’t get on the ball. He was a natural football, who had it all. He put this club on the map and himself on the map for many years.
“He stayed here when things weren’t good and he then he came back when he saw what we were trying to build, but he also won a league title, FAI Cups and played numerous times in Europe. He was a key man for us when we won the First Division. He was a true leader and I’m delighted to have played a part in his career.” 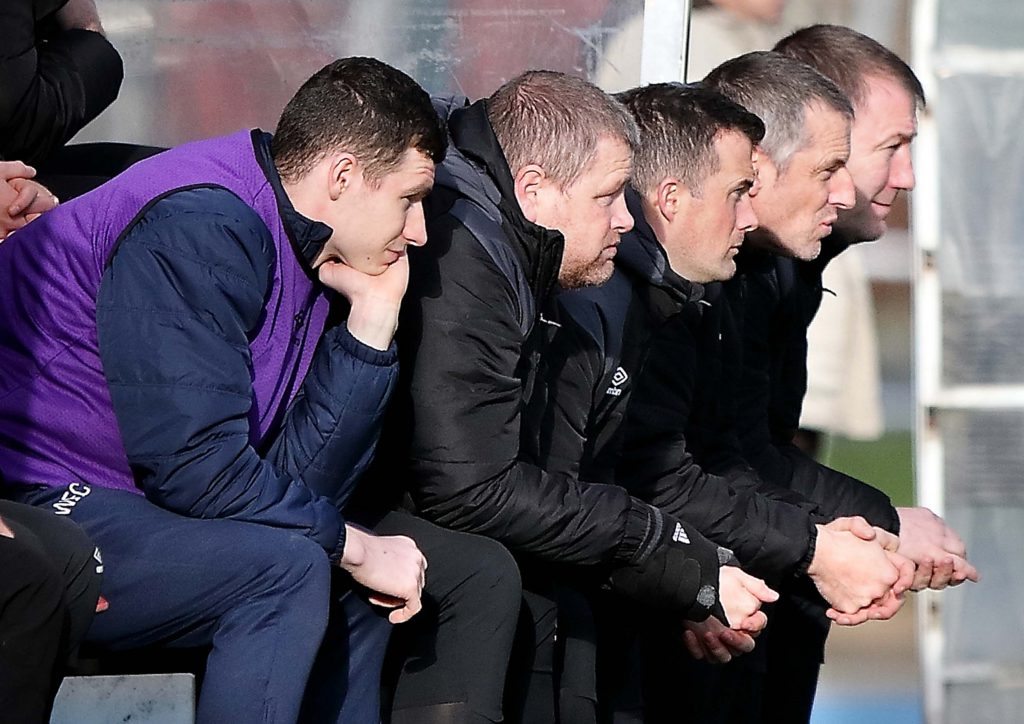 HARD WORK
Commenting on Saturday’s friendly against Bray Wanderers, the Blues boss said, “I think like all pre-season games the second-half saw a lot of changes and it became disruptive. The first-half was only alright, but we still have a lot to do.
“We have new players and they are still getting used to the way that we want to play. It’s not ideal, but we’ll improve for it and we’ve a lot to work on. We have now 15 players, which is a big improvement from where we were two or three weeks ago.
“It’s difficult for them and it’s difficult for everyone. They are getting to know each other and it’s building up nicely for us, but I’m under no illusions that we have a long way to go. It’s important that we just get through pre-season without any injuries and we’ve been lucky so far.
“I have to say that it’s tough going at the minute. I’m busy in trying to get players in, but there has been plenty of knock backs as well. We need to add more bodies, which we’re trying to and I’m like a broken record about it at this stage.”

CLOCK TICKING
“I’m happy with what we’ve got on the budgets that we have. I’m delighted with some of the players that I’ve brought in. We’re working hard, but we’re also looking to bring a certain type of player to the club. We’ve a lot of obstacles at the minute, but we’re doing our best.
“The 14th is definitely coming and it’s exciting. We’re looking forward to it, but for me nothing prepares you for the first game of the season. I’m looking at that game today though and it’s false really because the tempo was slow, and it was frustrating. It will be 100mph come the first game.”