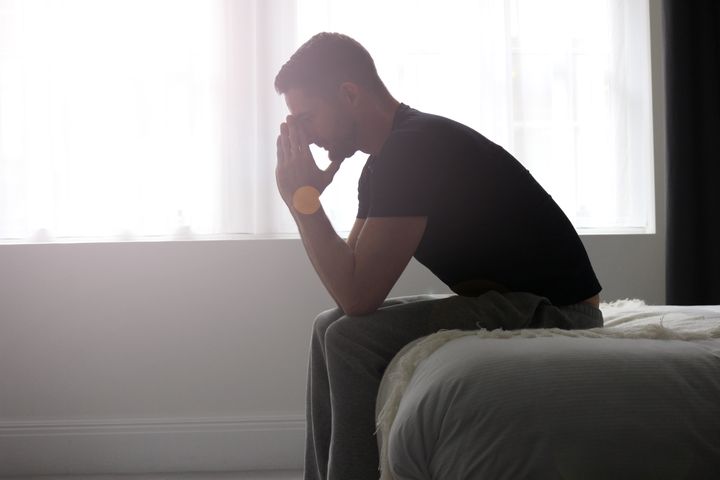 WHEN a woman loses a baby to a miscarriage there is a community of support available. There are helplines, support groups, literature and a myriad of other women who have suffered similar pain. But a miscarriage happens to more than just the mother to be. It happens to the father, to the other siblings, if there are any, and to the family as a whole. But is there the same support available for men when a baby is lost in the early days of pregnancy?

The general consensus is that the loss is felt most keenly by the mother. And yes, while this is true, and they alone suffer the physical trauma, the man feels the pain too and yet he often has to suffer in silence. For his trauma isn’t physical. It’s not a pain that can be easily healed. It’s an internal grief and one that largely remains hidden, conditioned as he is to remain the pillar of strength and resilience he is known to be.

‘It can be an equally lonely and confusing time for the man. How can he express his sorrow and heartbreak openly and honestly when he is culturally expected to be stoic and strong and supportive to everybody else?’

His body may be physically unaffected but his heart may well be as broken and battered as his partner’s, maybe even more so. As well as losing his unborn baby he also has to watch his beloved wife or partner go through the process of miscarriage and all that that brings, both physically and emotionally. And being male, their instinct is to fix things and this is one trauma that can’t just be fixed so they can often feel useless and inadequate as well as lonely and sad.

The toll that a miscarriage takes on a woman is well documented. It’s a very tough time, one that is fraught with sadness and anxiety, worry and confusion.  There can be self-blame and recrimination, guilt and regret and all this can lead to feelings of isolation and loneliness. But it can be an equally lonely and confusing time for the man also. How can he express his sorrow and heartbreak openly and honestly when he is culturally expected to be stoic and strong and supportive to everybody else?

Men do not necessarily present their grief in a manner that others easily recognise. Their symptoms and signs are vastly different from the female presentation and loathe as they are to ask for help, they tend to struggle through alone. They may seem in control, they may appear to be just fine but the opposite is often true.  The loss of their unborn baby is accompanied by the loss of the immediate future, the loss of plans and dreams and the dawning of a new reality. So it’s quite normal for them to feel a little lost, empty and somewhat shocked. But what is also quite normal, unfortunately, is their reluctance to express their feelings and acknowledge their own pain.

The men need support too. They need to be given permission to grieve openly for the loss of the future they dreamed about. They need support and care just as much as their partners and they should not have to feel guilty for this. Miscarriage, early or late in the pregnancy, can be a distressing experience for all concerned but thankfully it is spoken about more openly these days and isn’t dismissed or kept secret as once before. It is a fact of life that touches many families, unfortunately often more than once and it affects everybody concerned.

So as well as supporting our mothers, we need to offer support and understanding to our fathers too, for they are in just as much pain even if it appears invisible at times. We just have to be vigilant for the signs, as they won’t be broadcast, and be there to step in when the situation requires it… shh Mum’s the Word.