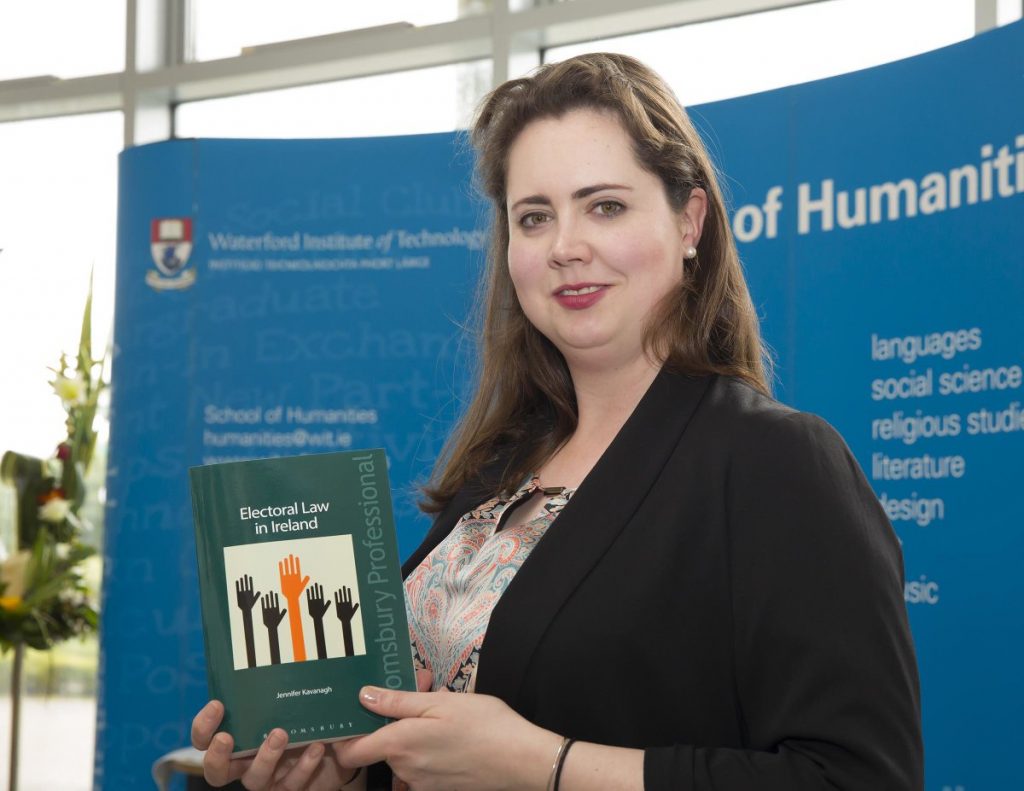 Dr Jennifer Kavanagh is a law lecturer in WIT

ON Thursday night at the WIT Arena, the Waterford News & Star held their General Election debate. All the candidates, bar Sinn Fein’s David Cullinane, arrived with policy documents in hand and ready to put forward their arguments for why we should send them to the Dáil. In a debate that lasted over two and half hours, 15 different issues from unemployment, healthcare, housing, social media and mental health facilities were considered by the candidates.

Mary Butler of Fianna Fáil seemed to be courting the socially conservative section of the constituency with her no vote on Repeal the 8th, not supporting exclusion zones outside maternity hospitals or considering assisted dying legislation. She had to defend her record as the only sitting TD on the panel on issues such as the boundary extension in Ferrybank and a previous campaign promise to get 24/7 cardiac care in Waterford. Butler was incorrect on her answer regarding insurance by stating that fraudulent claims were creating the high cost when this has been disproven in Oireachtas Committees and by the Court Service. 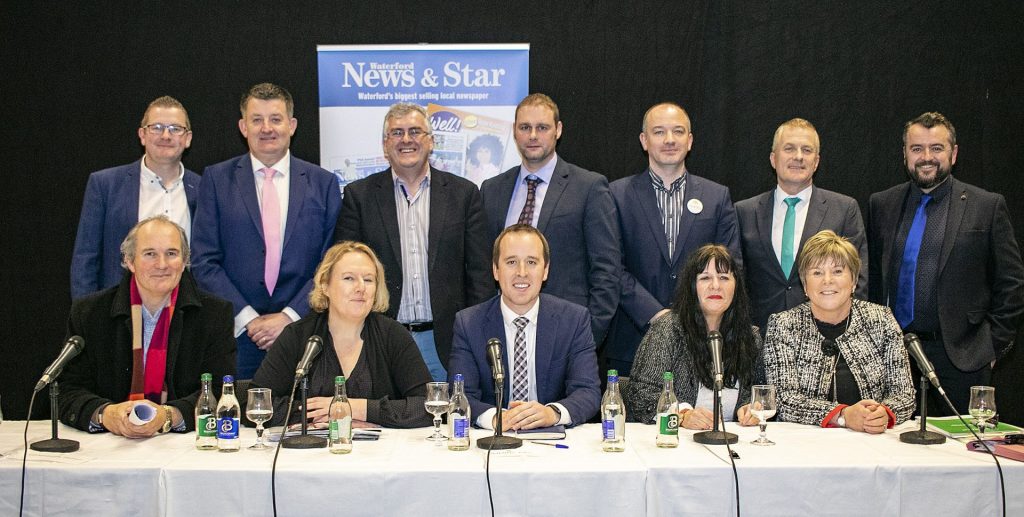 Ronan Cleary of Aontú seemed to think that everything can be solved with recruiting US and UK doctors but never mentioned the amount of Irish trained medical professionals that leave the system. He stated that most mental health issues were down to drug use. He also voted no to marriage equality and repeal and doesn’t support assisted dying or exclusion areas, which isn’t surprising considering his party’s position on such matters.

It was a pity that Sinn Fein didn’t send someone to represent their policy positions as the debate could have done with their input. David Cullinane was unable to attend as he was on RTÉ at the time.

John Cummins of Fine Gael seemed to spend most of the evening calling out Matt Shanahan and the shouting match between the two continued for most of the night. He argued that the current government was making developments on the main issues for Waterford. However, plans and actual delivery are two separate things. Like Butler, Cummins was also incorrect on the insurance issue.

Una Dunphy of Solidarity/People Before Profit is a known quantity in Waterford City politics, being long active in the Cath Lab and Repeal movements and used the debate to highlight this effectively. She also took on the issue of Traveller education from her experience in working in education. She had a solid performance and set out her party’s policies clearly with ideas for Waterford in both mental health and higher education amongst others.

Damien Geoghegan, the other Fine Gael candidate based in Dungarvan, managed to show that even though he was a member of party he still had his mind and was quick to criticise Fine Gael over policy decisions that went against Waterford. If Cummins was trying to take down Shanahan, then it was Geoghegan’s job to take down Fianna Fáil by mentioning the IMF and the financial crash.

Eddie Mulligan, also of Fianna Fáil, could have had a better start to the campaign with the issue of his company woes. As he revealed in the debate, he’s trained in bomb disposal, so that particular landmine was dealt with effectively. He was particularly strong in speaking of his current work on the council, support for the North Quays Development and solid research on the mental health crisis in the hospital.

Marc Ó Cathasaigh of the Greens had climate issues at the top of his agenda. Marc showed a good understanding of the university issue and its economic importance to the region, he showed real compassion when it came to discussing exclusion zones and was passionate about how dealing with the climate crisis would benefit Waterford.

The Independent candidate Bernadette Phillips was the surprise star of the night. As an independent that didn’t have a prior campaign platform before the election, this was the perfect opportunity for the people of Waterford to see her in action. She debated with empathy and strength of passion that showed an understanding of major issues and a strong independent nature.

John Pratt came across as very sincere with his personal and family reasons for entering politics and campaigning for repeal and marriage equality. He was also well able to stand up for the Labour manifesto when questioned. However, he didn’t get engaged in the shouting matches of some and this worked to show his balance.

Matt Shanahan came across as very negative in the debate. Apart from casting doubt on what the other candidates were saying he only had one positive policy which was a quick fix on plastics. There was also a lack of understanding about the process of politics. He doesn’t seem to understand that the Dáil could not frame legislation on terminations in advance of the referendum and that was the reason why he voted no to repeal. The closest they could get was a head of bill as the government provided. As an independent candidate Shanahan was emphatic on saying that he would not join a party but for seasoned politics watchers he didn’t mention whether he would take the whip of a party.