Shanahan: ‘This is the beginning of building something’

Independent candidate Matt Shanahan is pleased with the 4,990 first preferences he gained in yesterday’s General Election but realises there’s a long wait ahead when it comes to where he’ll ultimately place in the race to the Dáil.

“There’s nothing won here yet,” Cllr Shanahan told the Waterford News & Star. “The other seats (behind poll topper in waiting David Cullinane) have yet to be decided and if we get there, we get there. But this will only be the start of something, to be quite frank. It’s not the finish of anything.”

When asked if he was pleased with his first preference share, which amounts to 9.26% of the valid poll, Cllr Shanahan added: “We put in a really solid effort. We did our best to canvass all of the city and county. We had 26 people canvassing in Dungarvan last Saturday week; I don’t think anyone else had those type of numbers. At that point we still had people out in Dunmore and along the east of the county along with the city so we tried to pay due respect to everyone’s vote. We also tried to let people know that this campaign wasn’t just about the hospital. As I’ve been saying for quite some time now, that if we could deliver this single thing (at UHW), this one single thing, then how are we going to deliver anything else?”

How problematic did the relatively short campaign prove for Cllr Shanahan and his canvassing team? “We were expecting a longer lead-in to the election and we would like to have had more time. We didn’t get everywhere covered; in some areas we got 90 per cent coverage but not everywhere. I would like to have given everybody due respect by going out and talking to them in seeking their vote but it was what it was. I think it’s very difficult and people need to understand the parties are machines, they have activists who are supporting every activity for months and months prior to any election and we were trying to get canvassers out with very short notice to try and get behind my message – and the lateness of my declaring (for the election) was probably partly responsible for that too but I just wasn’t in a position to declare earlier than that.”

Beyond 24/7 cardiac care at UHW, what were the other major issues that were brought to Cllr Shanahan’s attention on the doorsteps?

“There’s a lot of people in crisis in both the city and the county in terms of mental health services – our CAHMS (Child And Adolescent Mental Health) service is in crisis – and I don’t think people are not aware of the suffering that is going on in Waterford in that area currently and that is something I would like to look at very quickly if I was fortunate enough to be elected to serve the people of Waterford. I’ve also heard a lot about the problems facing carers in Waterford, the state of our economy came up a lot along with the pension issue and of course people know – and they’re not stupid when it comes to this – that the region has suffered terribly, terribly badly over the past six or seven years and they want to see something done about that. Of course, reversing some of these issues won’t happen overnight. This is the beginning of building something.” 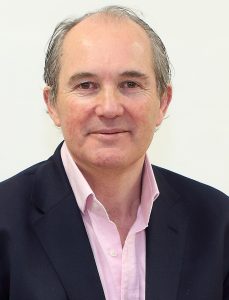