No TD for west Waterford

THE elimination of Damien Geoghegan marked the first time since 1940s that West Waterford hasn’t returned a TD.

Clearly crestfallen, Geoghegan became the first Fine Gael candidate in Waterford to lose out on a Dáil seat in the sixth count in the early hours of this (Monday) morning.

“What disappoints me most is the fact that the seat which was traditionally in Dungarvan and west Waterford is no longer there,” he told the Waterford News & Star, “Look the people have spoken and decided that the four TDs going forward to represent Waterford come from city and eastern part of the county.

“I do think when you elect four TDs in a county such as Waterford it is important that you’d have a geographical spread. The last thing that you’d want to feel that people are isolated or away from the city, but the reality is people have made that decision,” he said.

“With the surge and the swing behind Sinn Féin we just got caught up in that. The reality is David Cullinane got votes out in the rural parts of west Waterford. It may have surprised a lot of people, but that is how powerful the swing and surge is behind Sinn Féin in this particular election. We’ve never seen anything like it before for something to occur so quickly over the course of a couple of weeks really…That’s the reason my vote was down from the Local Elections last May. It was down a little bit in Dungarvan and in places like Abbeyside and that’s what done it for me. I expected maybe to increase my vote, but it just didn’t happen,” he said. He was delighted to put himself before the people. “I’m glad I did it. It was a really interesting experience even though I am shattered at the end of the campaign physically and mentally. It was enjoyable.”

Regarding his party’s election strategy he said it was difficult to seek a third term in government. “It was always going to be difficult, so the tide as against us in relation to that. There were certainly mistakes made at national level, there’s no two ways about it…In an election scenario you need to build momentum and we lost momentum.”

He said it was a big ask for two first time candidates in himself and John Cummins in a general election scenario. When asked if the party’s position would have been strengthened with Paudie Coffey on the ticket he said, “Paudie was entitled to make up his own mind on that and he decided not to run. In the last general election Paudie had 7,200 votes, but it was decision not to run.” 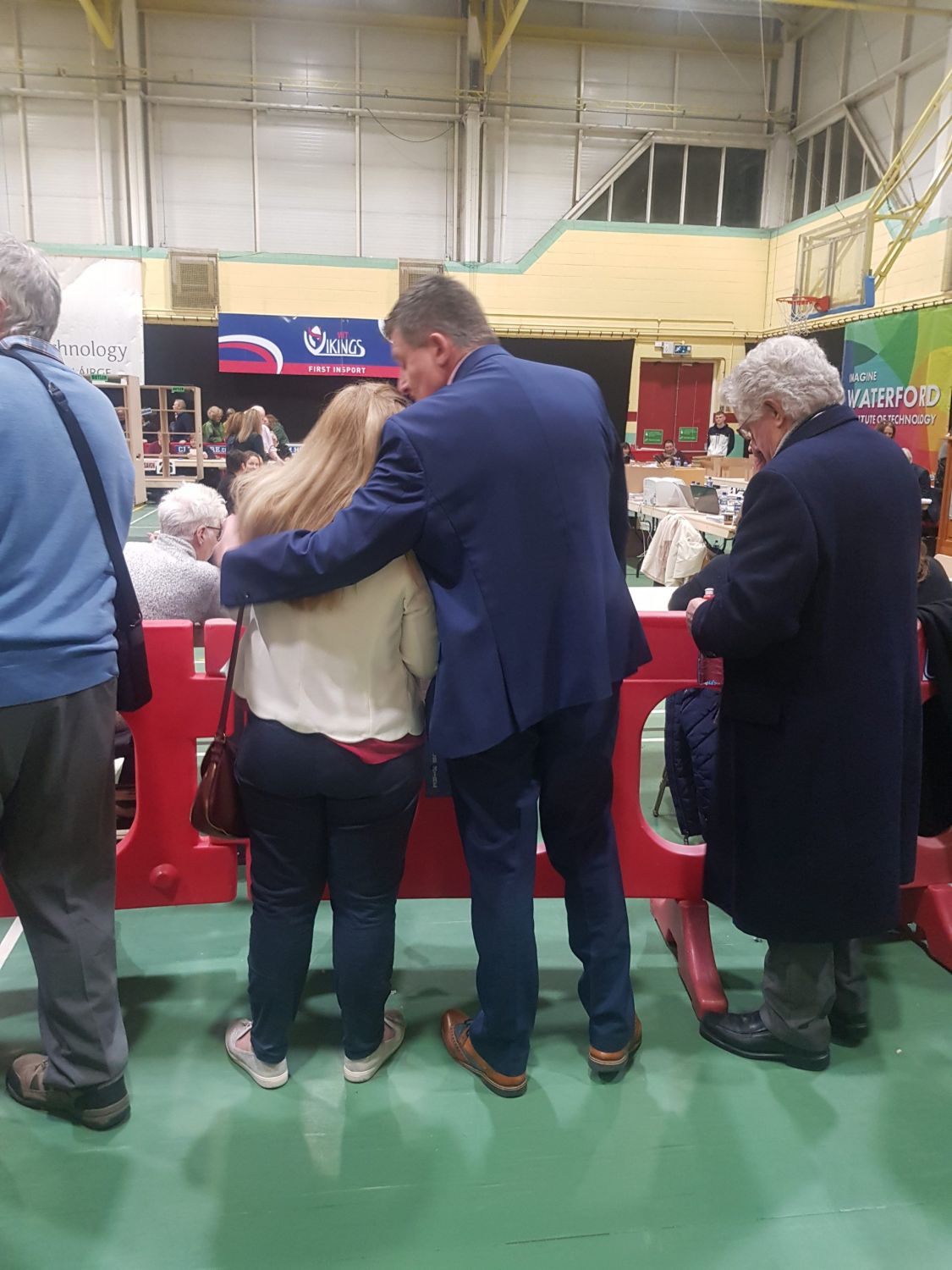