JOHN Pratt has put back on his mayoral chains, after the general election candidate was knocked out after midnight in the fourth count, feeling that the tide was against the Labour party.

Speaking to the Waterford News & Star Cllr Pratt said, “We put in what I thought was a very strong campaign. We were out from the time the election was called and prior to that knocking on doors and getting involved. I had a great team behind me, who were just phenomenal. I suppose the tide was against us and the reality is the Sinn Féin surge was just there. A few hundred votes here or there could have swung it.”

Even though Labour was expected to make somewhat of a comeback, the Sinn Féin surge proved to be too strong. “The feeling on the doors was good. There was no negativity. People were really supportive. Sometimes you get the feeling that things are going better than they are, but I really thought I was there. I think I did admirably. I believed there was a seat there to tell you the truth.” Prior to the count John was inundated with well wishes, which made him hopeful that he could do it.

“I got a great vote in the west. You go through the figures in your head and say you need this and that, but If I’m honest you’d play it up by another couple of hundred between the Dungarvan area back to Tallow. I still got a great vote, but when I look at the national picture my percentage is probably higher than most of the country. I probably had one of the highest averages, which is somewhat of a comfort to me,” he said.

Still affable till the end John said, “What you see is what is what you get. I wasn’t out there using flowery language that is not me. I go to where I am today and there is no airs and graces about that. I started as a councillor and was a community activist. I ran for the Council and didn’t get elected the first time. I stuck with it, got elected became Cathaoirleach of the Dungarvan area and became Mayor of Waterford.” He said no one knows how long the next Government is going to last. “Don’t rule me out I might be back,” he said. Until then he has a busy week as Mayor ahead. 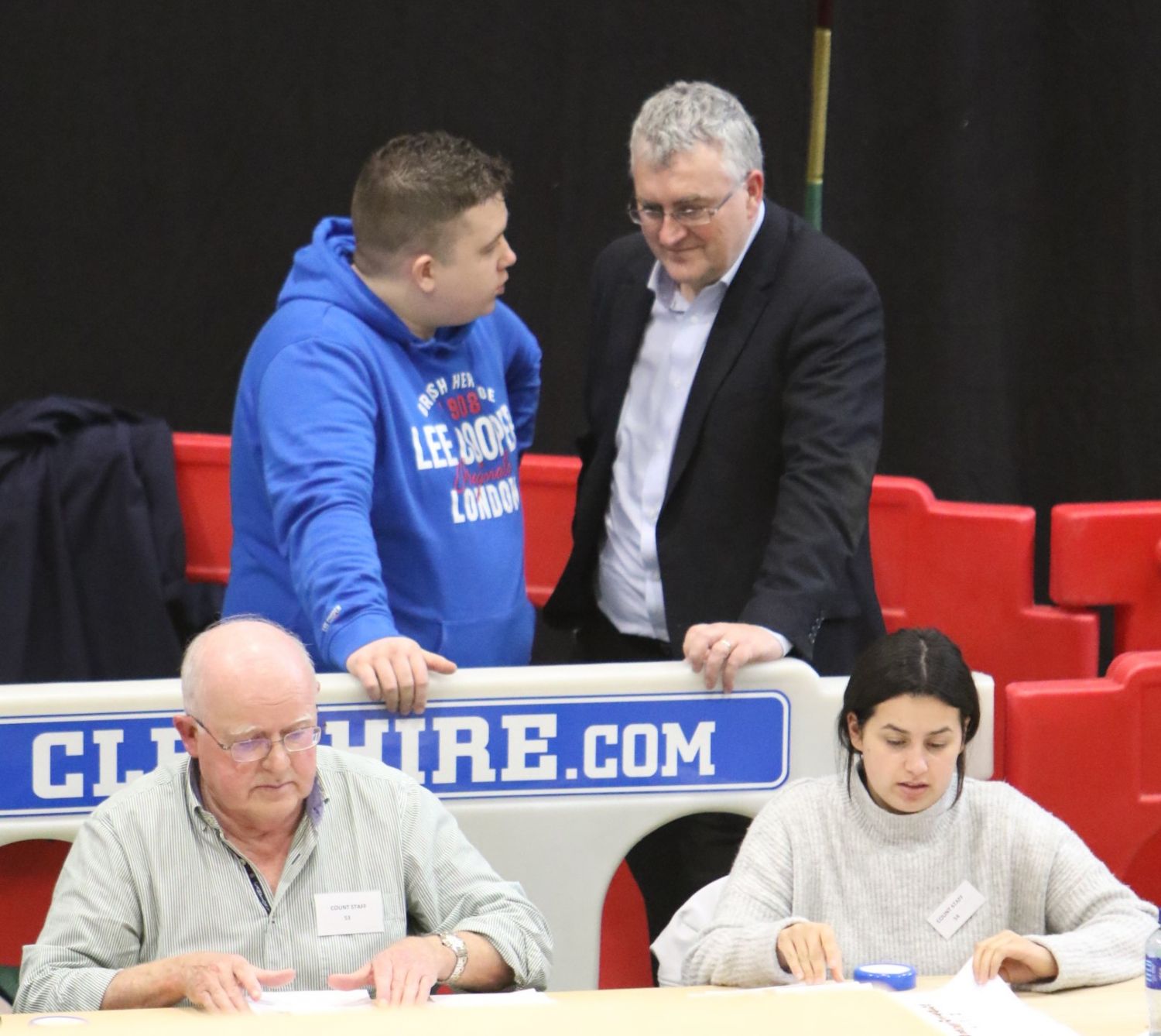